As I was planning this week's menu, I wanted to make a pot of Moroccan Lentil Soup for the week. Unfortunately, I realized I forgot to buy lentils at the store. Usually, I buy Trader Joe's steamed lentils in a package or buy dry lentils and prepare my own.

Instead of going to the grocery store for the second time, I created a short cut which saved me a trip to the store.

Often, I buy  Dr. McDougall's Right Foods Lower-Sodium Lentil Soup to keep in the pantry for a quick lunch or dinner. Today, however, I used a carton of the lentil soup to make my Moroccan lentil soup recipe. 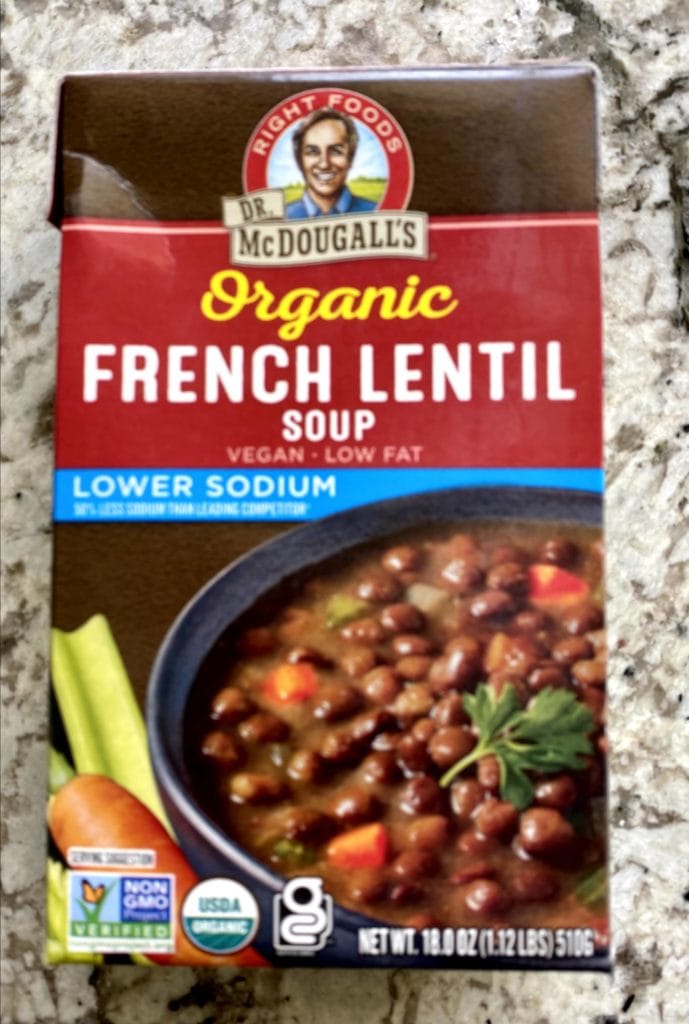 Whenever I find a shortcut worthy of sharing, I shout it from the rooftop, and this shortcut is worth sharing.

What is Moroccan Lentil Soup? 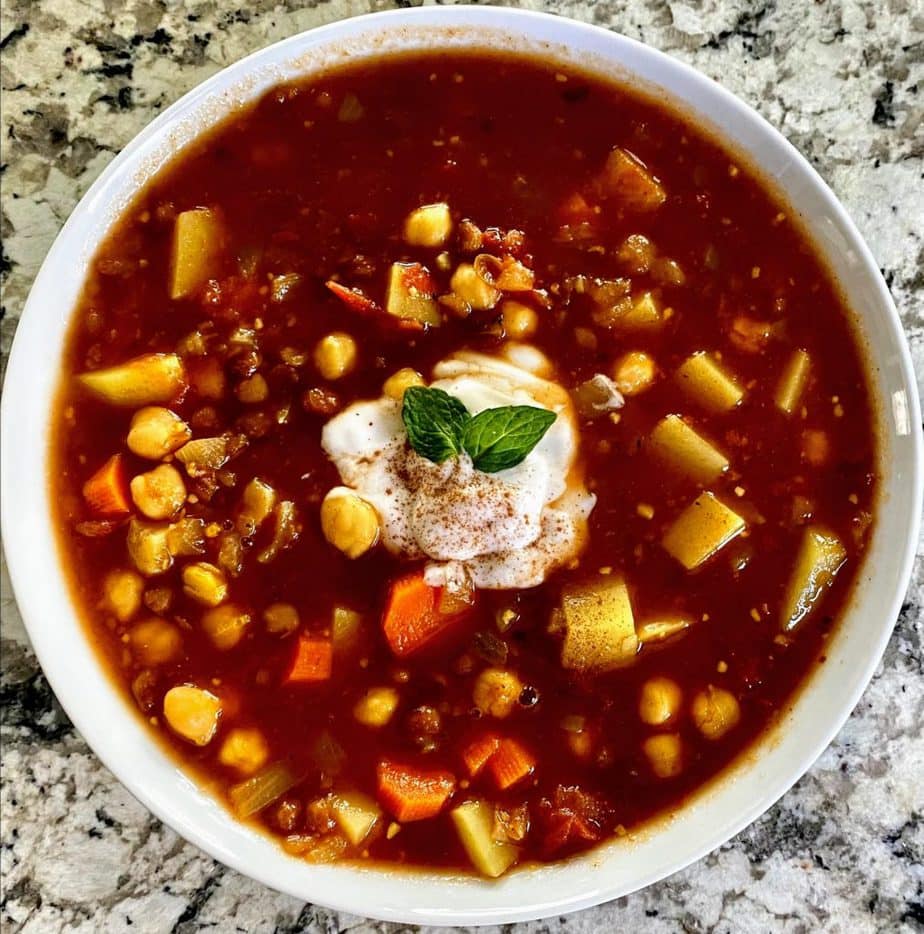 Also called Harira, Moroccan soup is made from various vegetables with lentils, chickpeas, and various spices. As a result, the spices sauteed into the onions and garlic enhance the soup while it simmers.

During winter months, in Morocco, the smallest, most unassuming street-side cafés set up to serve a warming bowl with a cup of mint tea around 6 PM as locals make their way home from work.

Once prepared, harira is served piping hot in a bowl, and, unlike other Moroccan dishes that are consumed with the hands, a wooden spoon is traditionally used to slurp up the soup. Despite a blend of spices including cilantro, cumin, cinnamon, turmeric, and ginger, locals may add a squeeze of lemon for a bit of zest!

What ingredients are in Moroccan Lentil Soup?

It's all about the spices in Moroccan Lentil Soup. 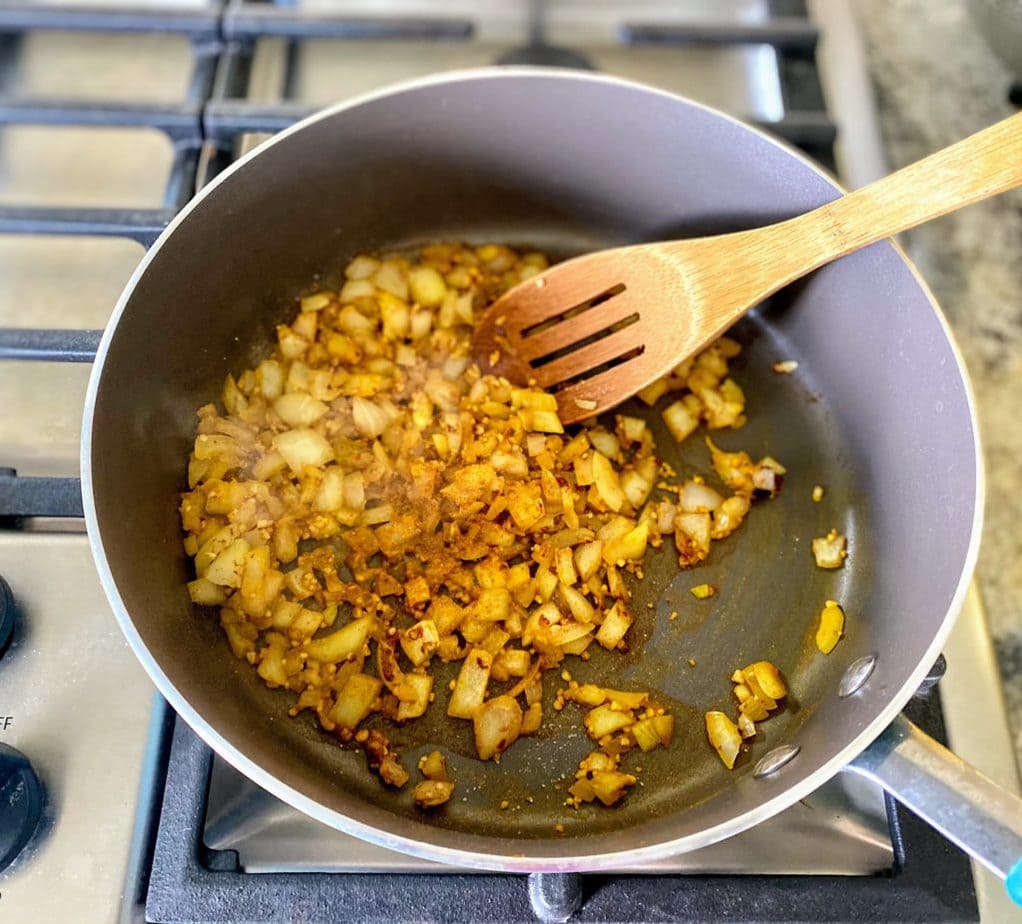 To get the deepest flavor, saute the onions, garlic, and spices together. As the onions sweat, they absorb the combination of spices. 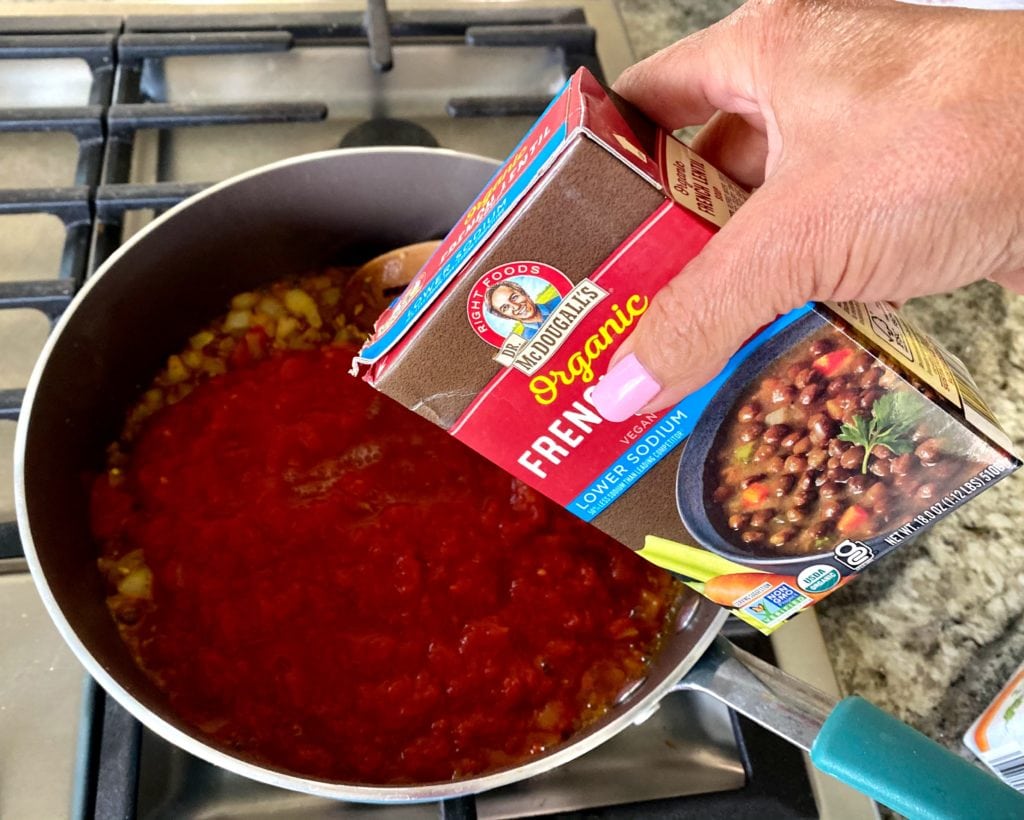 Once the chopped carrots and potatoes are added, be sure to add the vegetable broth and bring it to a boil.

Next, reduce the temperature to simmer and cook uncovered for 30 minutes until the carrots and potatoes are cooked through. 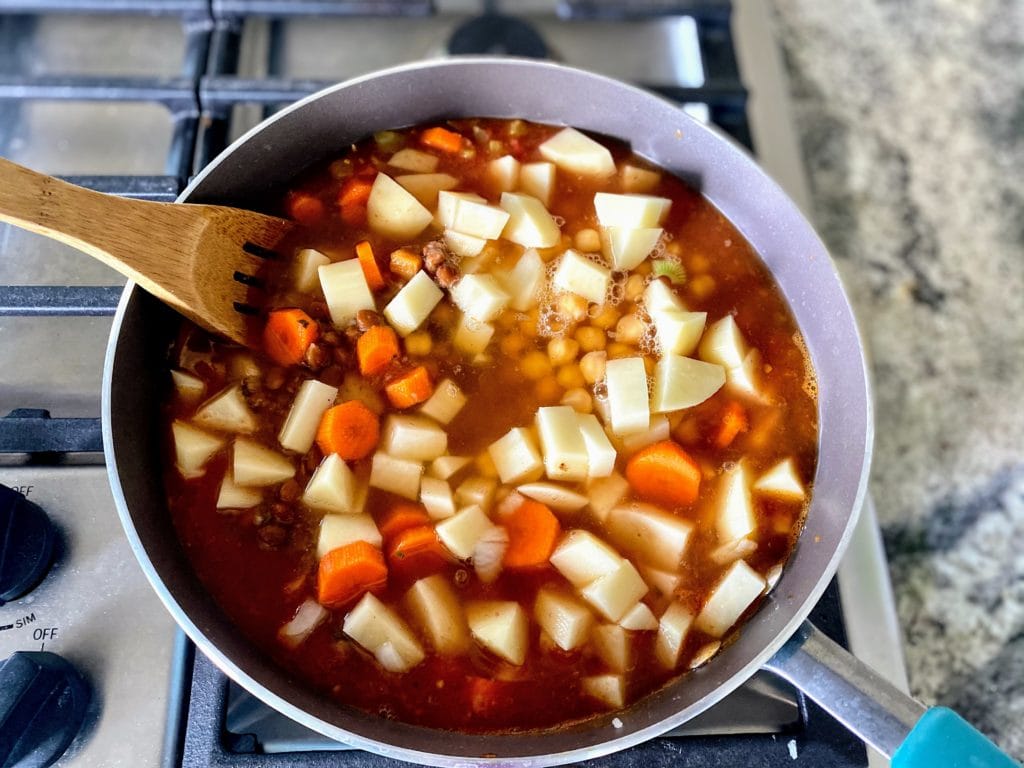 To make sure the soup is done, test a piece of potato and carrot, and then it's time to eat! 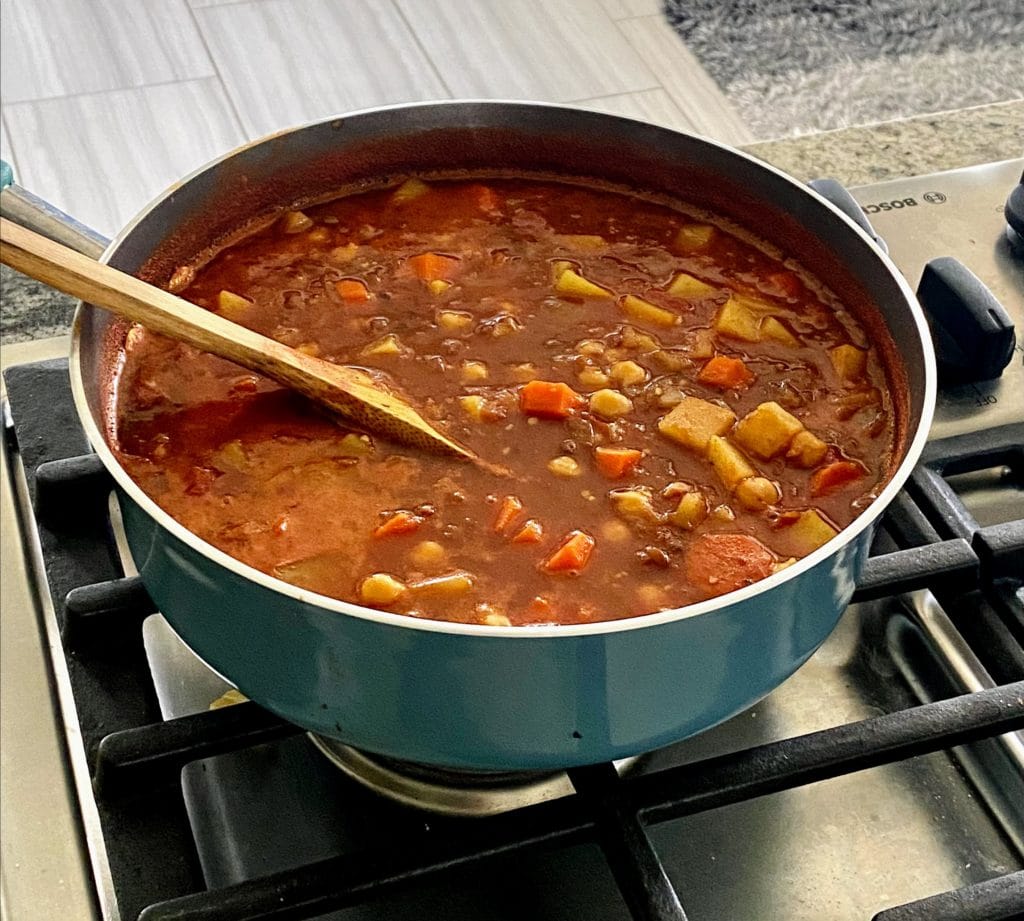 Not only is this soup easy to make, but it also freezes well, if indeed it lasts that long.

For those who like it a little spicy, serve with red pepper flakes on the side.

As an added tasty option, dollop with Vegan Sour Cream, and sprinkle with cinnamon and add a couple of mint leaves. The freshness is amazing! 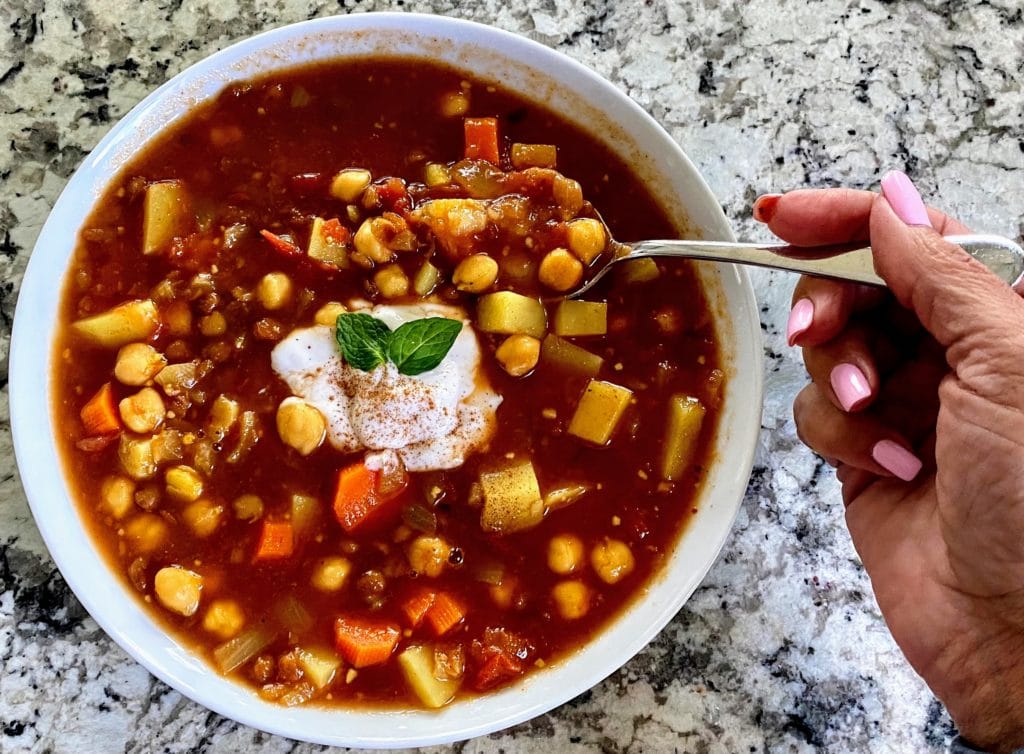 Do you love healthy vegan soups? Give these soups a try! 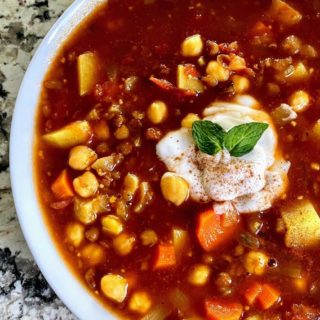 Not only is this soup easy to make, but it also freezes well, if indeed it lasts that long.  For those who like it a little spicy, serve with red pepper flakes on the side.