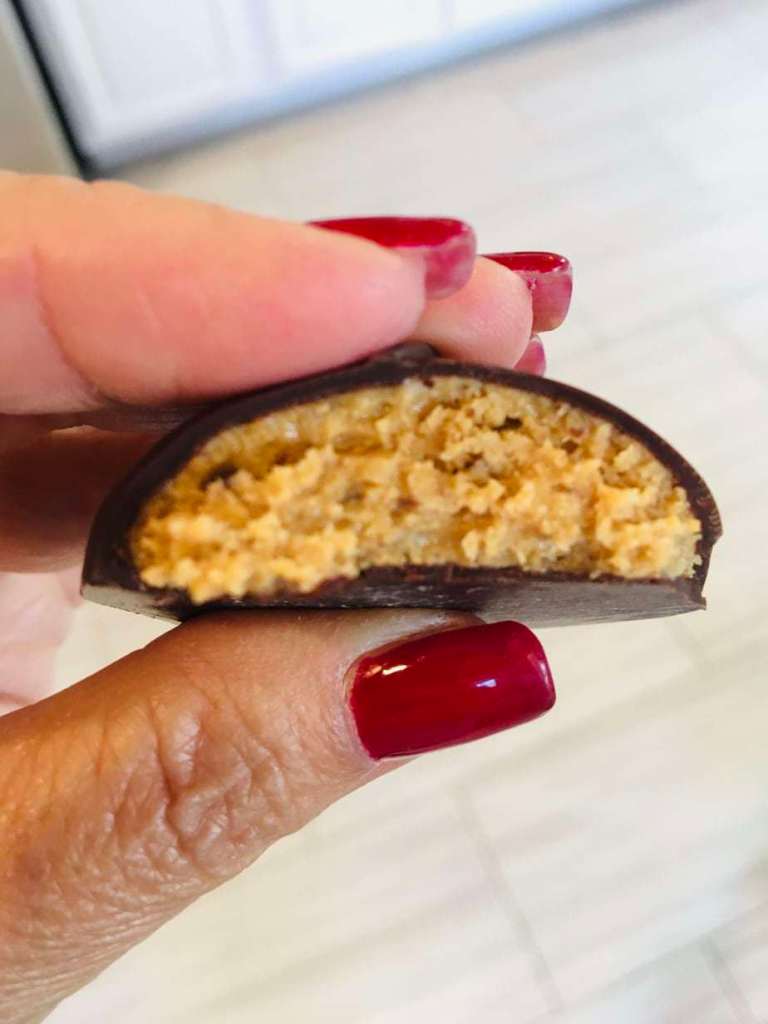 When I was a kid, my grandma made Buckeyes at Christmas time as a special treat. Since this was my father’s mother, my dad grew up eating these little chocolate treasures his whole life. Actually, I remember him popping them in his mouth before dinner, an act only allowed on Christmas. Unfortunately, my grandma passed away shortly before her 100th birthday, but I did get her recipes for Buckeyes. As you can imagine, my grandma’s recipe was anything but vegan. Her recipe, though delicious, was full of butter and shortening, as well as milk chocolate and sugary peanut butter. So, in an effort to make them vegan, and almost healthy, I ‘veganized’ grandma’s buckeyes by making vegan chocolate peanut butter balls.

WHAT IS A BUCKEYE EXACTLY?

Living in Michigan, Buckeyes, for example, were are arch enemies. Despite our efforts, Michigan football teams struggle to win against Ohio State time and time again. As a matter of fact, this year, like years before, we lost miserably to the Buckeyes.

Due to our loss to Ohio State this year, I opted for vegan chocolate peanut butter balls instead. Of course, I don’t want to bring up any bad memories during the holidays. In fact, the vegan dark chocolate I bought for dipping was so good, I couldn’t possibly leave a centimeter of peanut butter showing. 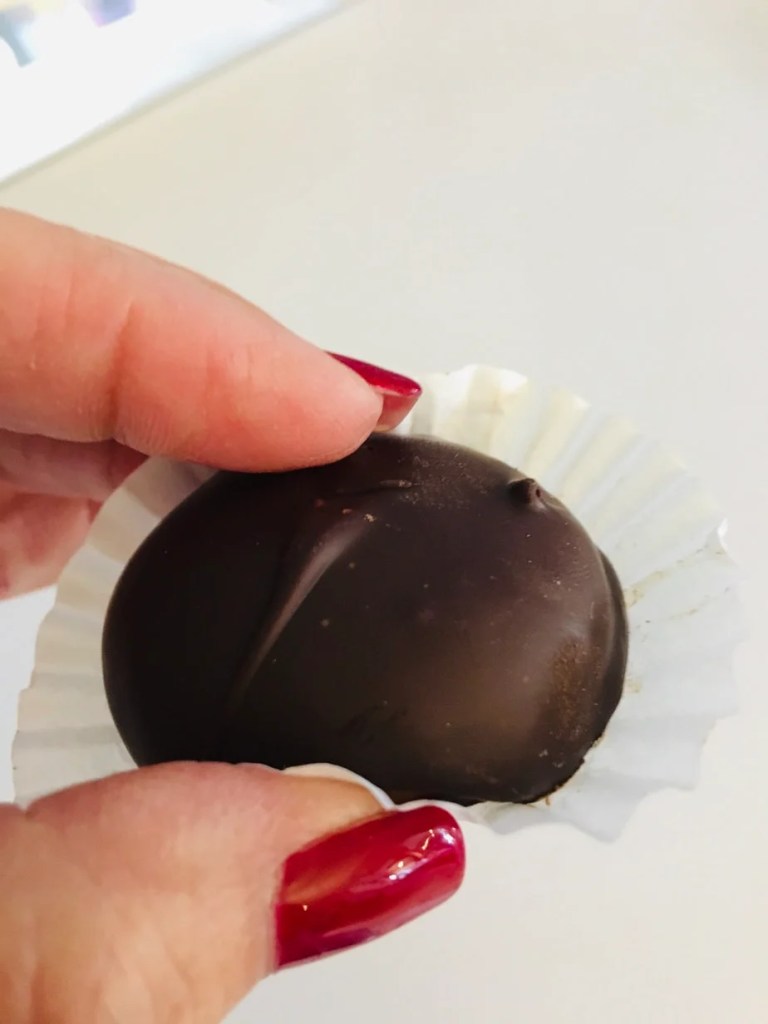 HOW TO MAKE DESSERT A LITTLE MORE HEALTHY

In order to make these little treasures less offensive, I have a couple of tricks. First, I use natural peanut butter without any added sugar. Then, I add flaxseed to my mix, and add less powdered sugar than in a typical peanut butter ball recipe. Obviously, I choose vegan dark chocolate, which is milk-free.

Although vegan chocolate peanut butter balls are not completely guilt-free, they are a better version.

HOW TO MAKE YOUR OWN HEALTHY PEANUT BUTTER AT HOME

Making homemade peanut butter, for instance, is very easy to make. All you need is a food processor and salted peanuts. Next, simply put the peanuts in the food processor, and process on high speed until creamy.

Because this type of peanut butter does not contain any additional oils, sugars, or preservatives, it must be refrigerated.

WHAT IS THE BEST VEGAN DIPPING CHOCOLATE?

If for some reason you have any chocolate left over, feel free to drizzle over nuts, pretzels, or any other salty treat you may have in your pantry. My children, for example, fight over the glass bowl, to get every last bit of chocolate from the bottom.

Actually, most dark chocolate is vegan, but you need to look for any milk or dry milk ingredients on the package. Ghirardelli Dark Chocolate, for instance, used to be vegan but now contains milk. So, make sure you look closely. For this recipe, I used Enjoy Life Mini-Sweet Chocolate Chips,  because I found them at my local grocer. Other brands, for example, I have used successfully are King David Kosher Non-Dairy Chocolate Coins or Sephra Non-Dairy Milk Chocolate Melts.

HOW TO MELT THE CHOCOLATE

The easiest way to melt the chocolate is to place the chocolate chips or chopped chocolate into a microwave-safe bowl, and microwave in 1-minute intervals at level 5 power on the microwave. Moreover, stir each minute, and DO NOT OVERCOOK; burnt chocolate is not fun to deal with.

Even though there may be a few chips left in the bowl with the melted chocolate, stirring them into the hot chocolate will melt the remaining chips.

If you prefer to avoid the microwave, use a double boiler.  Simply place water in the bottom pan. Once the water begins to simmer add the second pan to the top of the other pan, add the chocolate and stir until melted.

And, if you enjoy these vegan peanut butter balls, try my Simple Vegan Chocolate Covered Strawberries, or make them both and serve them together.

LOOKING FOR OTHER HEALTHY VEGAN DESSERTS?

Enjoy a chocolate peanut butter ball dessert with natural peanut butter, flax seeds, and a little vegan chocolate. One bite sized treat is all you need.