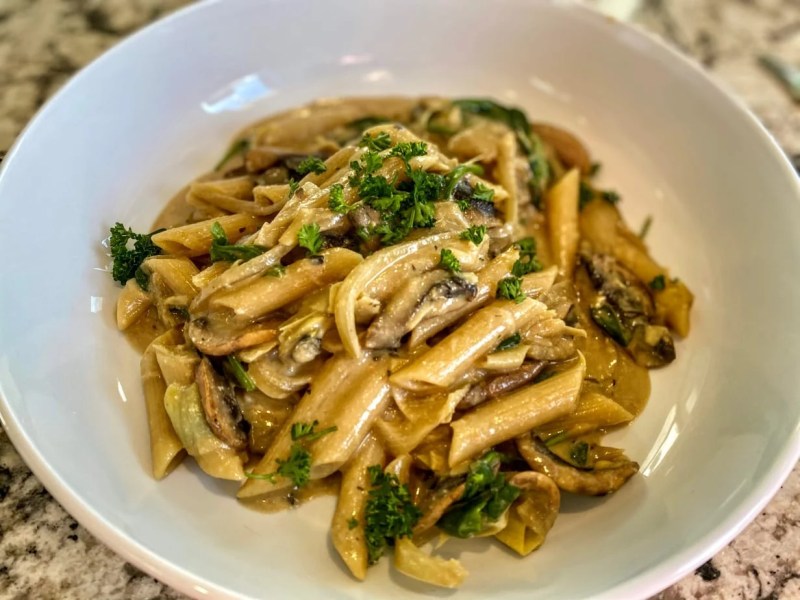 So, if you don’t like to cook, vegan artichoke pasta recipe was made just for you!

WHAT INGREDIENTS ARE NEEDED FOR SPINACH ARTICHOKE PASTA RECIPE?

THE FOLLOWING ARE NOT ADDED UNTIL AFTER COOKING (LEAVE SEPARATE)

As with many of my recipes, it’s all about cooking in layers. First, I saute the garlic and onions until translucent and then add the mushrooms, cooking down until the mushrooms are browned, Since I don’t cook with oil, I often use a little water or vegetable broth to prevent sticking. 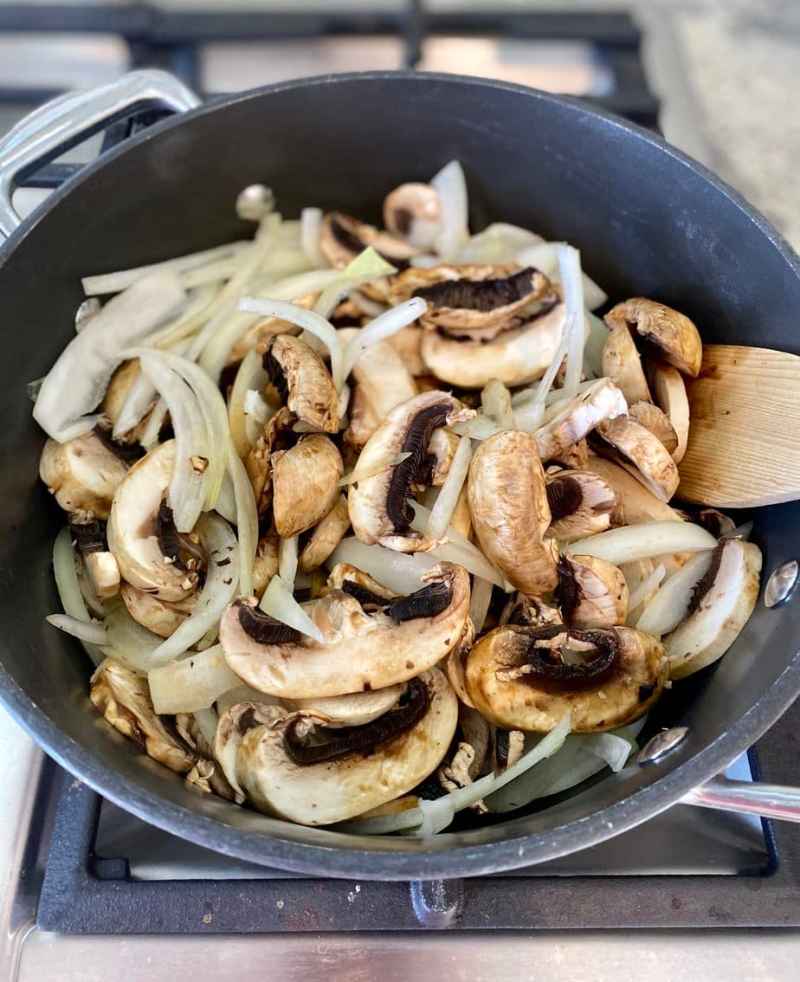 Next, I add the chopped artichokes and rosemary and stir until combined. 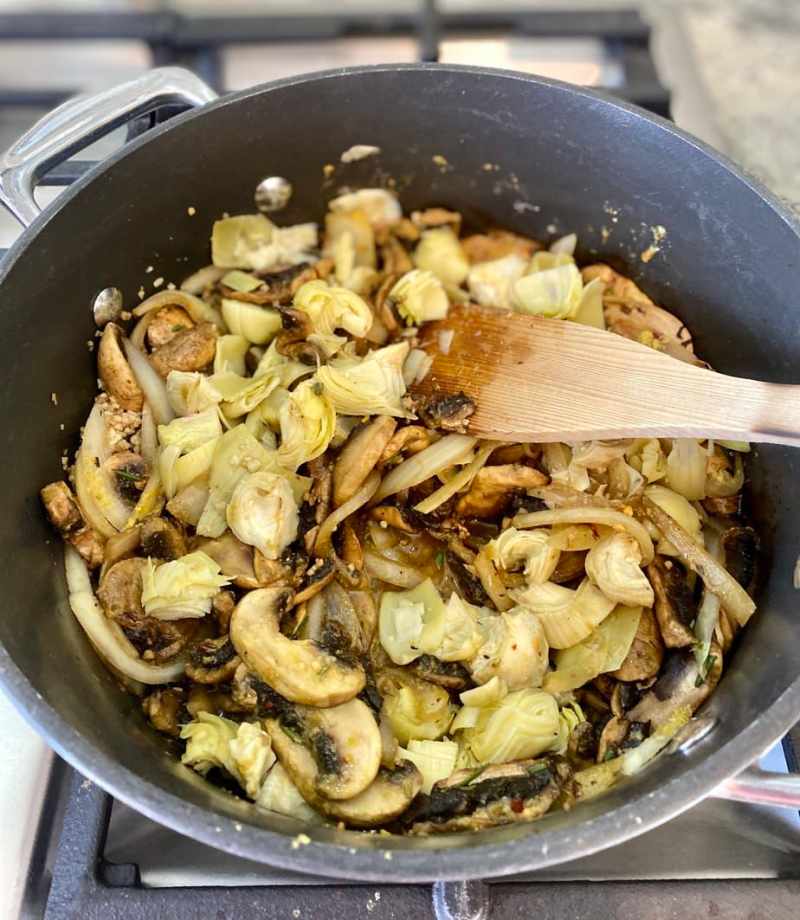 Next, add the dry pasta, and cover with the vegetable broth. Then, Stir, bring to a boil, cover and reduce to simmer for 13 minutes. 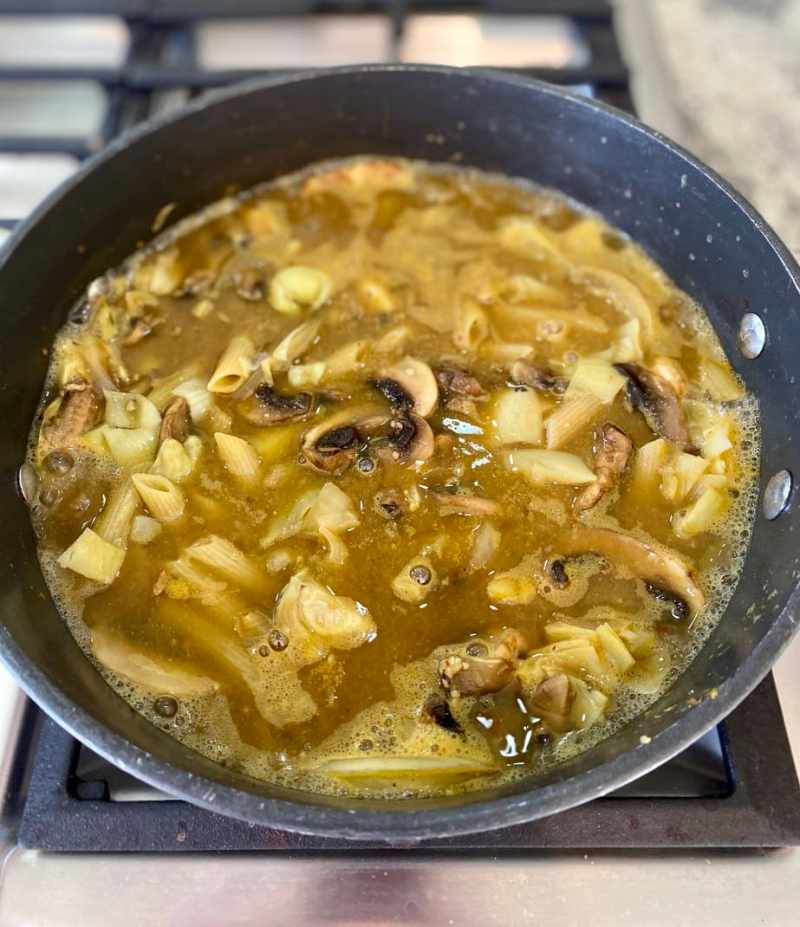 In the meantime, prepare the cashew cream, which is a combination of raw cashews and vegetable broth blended together. Once the 13-minute timer buzzes, simply pour the cashew cream into the pot, stir, and then add the spinach. 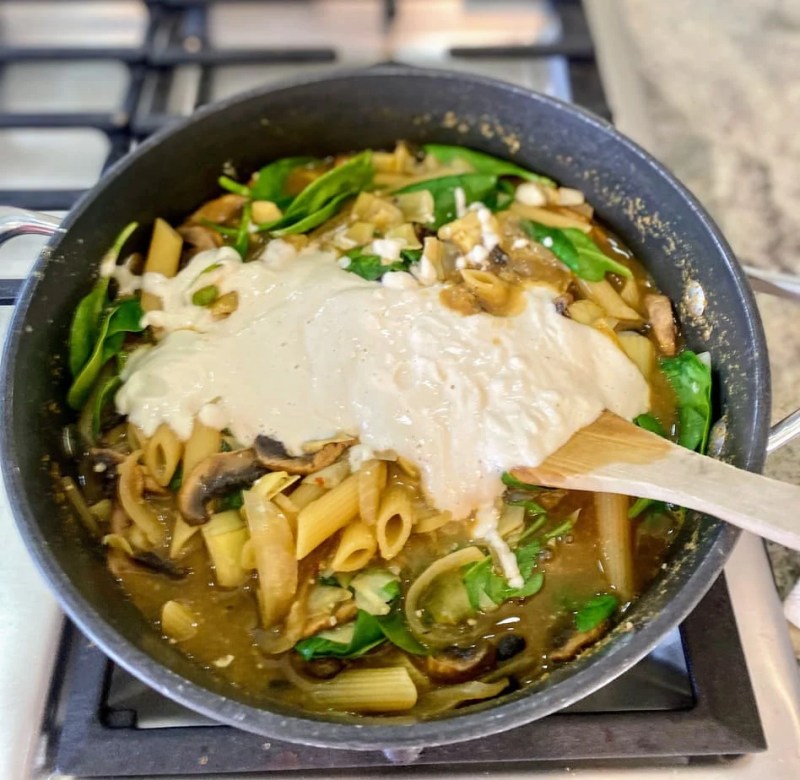 The final step is to allow to cook for a couple of minutes, and then you are ready to eat! 20 minutes and done! 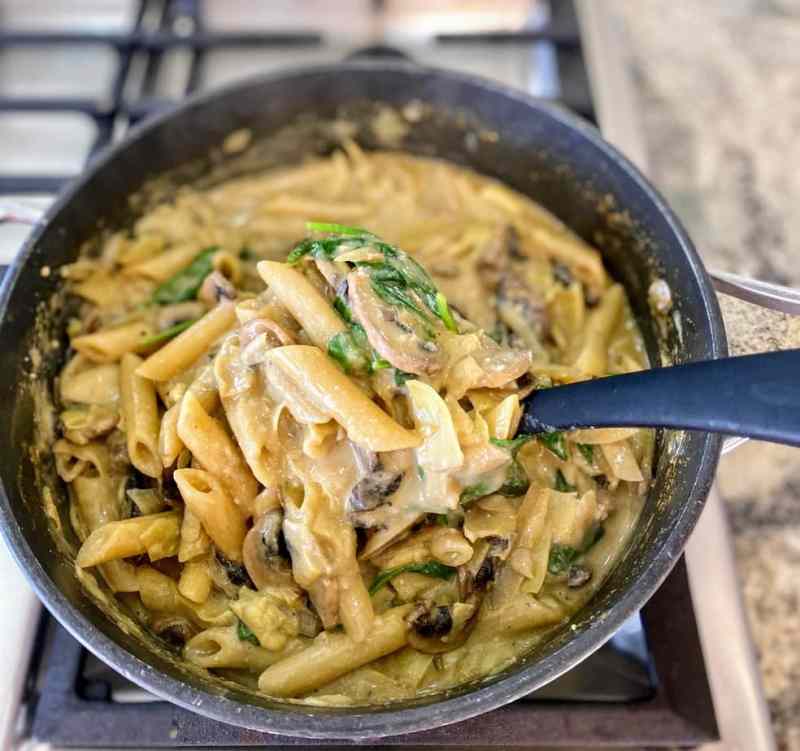 My family, for example, loves vegan spinach artichoke pasta with a crusty bread to drag around in the bottom of the bowl, as well as a green dinner salad. 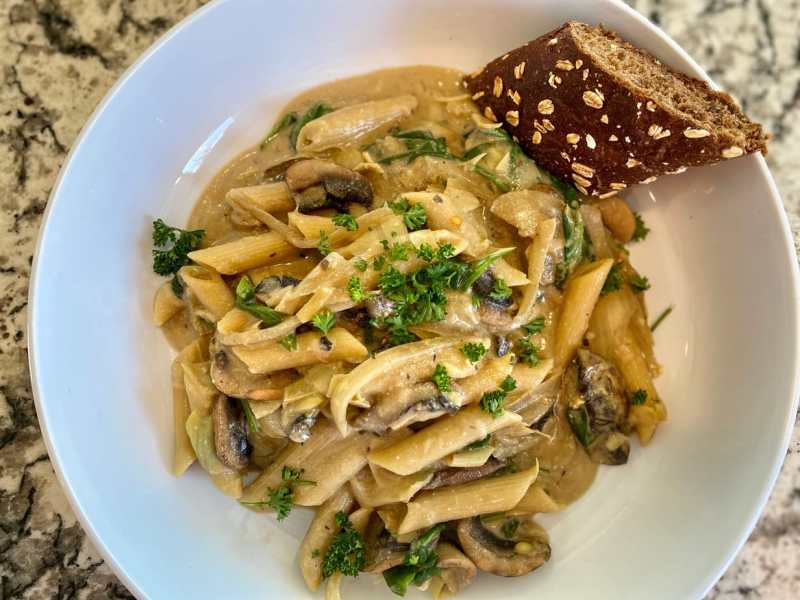 Fabulous, Savory Pasta in 20 minutes in One Pot! It doesn't get easier than that!

THE FOLLOWING ARE NOT ADDED UNTIL AFTER COOKING (LEAVE SEPARATE)

ADD IT ALL TOGETHER