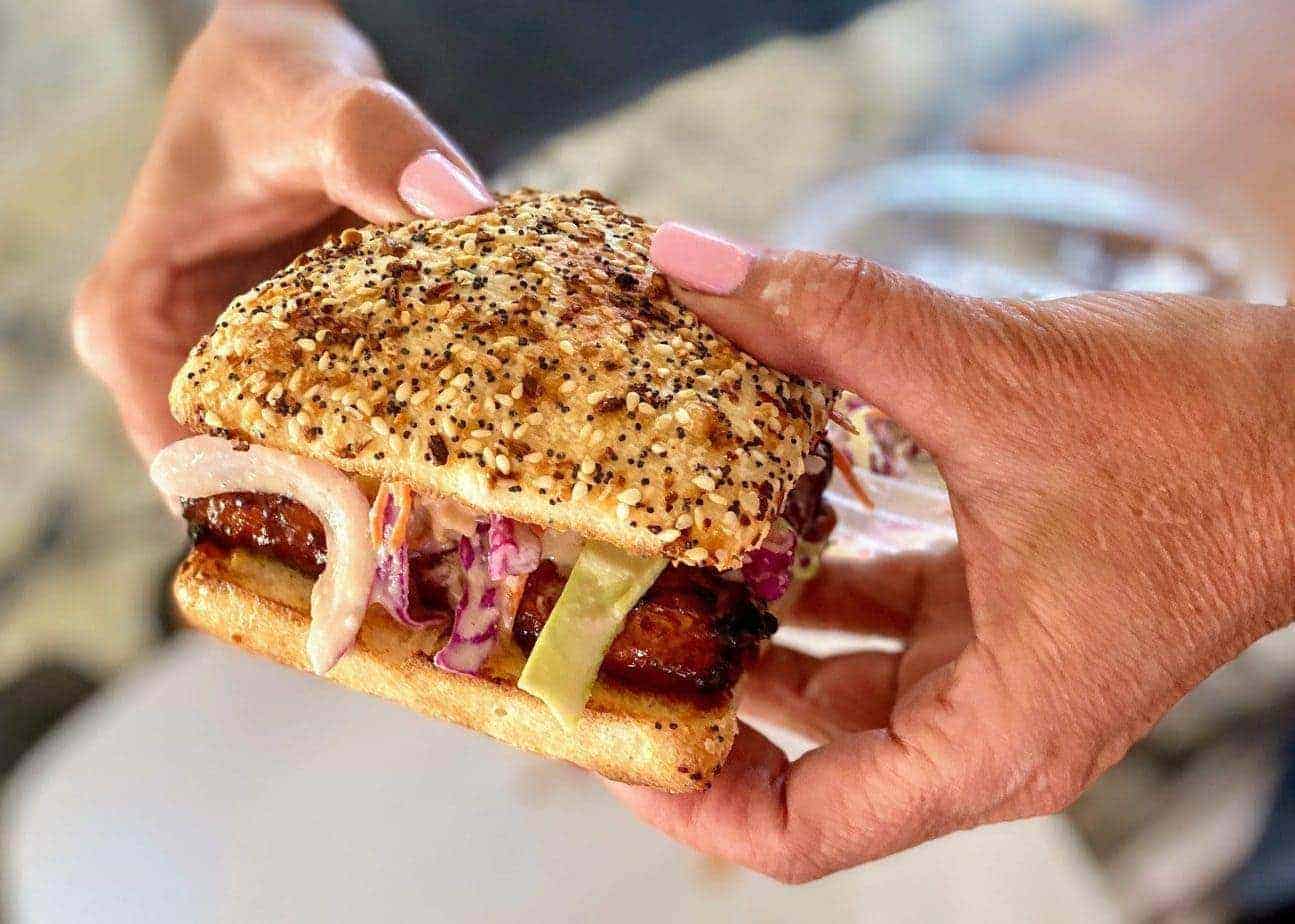 Who doesn't love BBQ? But, of course, BBQ restaurants do not generally cater to our dietary needs in the vegan world. But Paul and I love BBQ, so why not BBQ at home? Fortunately, my husband, Paul, grills like a master, so I made BBQ tempeh.

Although you can grill directly on the grill, we invested in Grill Mats a year ago, a purchase I would highly recommend if you follow a plant-based diet. You can cook anything on these mats; they are reusable, easy to clean, and require no oil or fat in cooking.

With that in mind, we BBQ often! Sometimes, people question what to BBQ if going to someone's house for a BBQ in the summer. Despite the belief that vegans only eat salad, we constantly use our grill for grilled tofu, BBQ tempeh, vegetables, and veggie burgers and dogs. 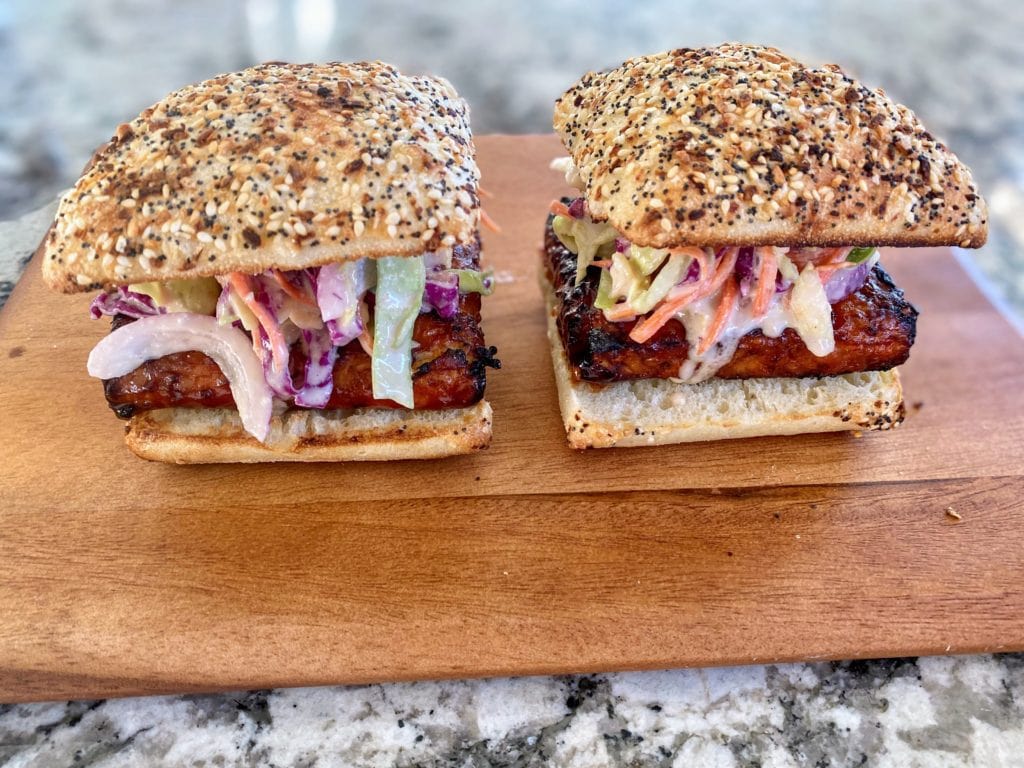 HOW TO PREPARE AND GRILL TEMPEH FOR BBQ TEMPEH 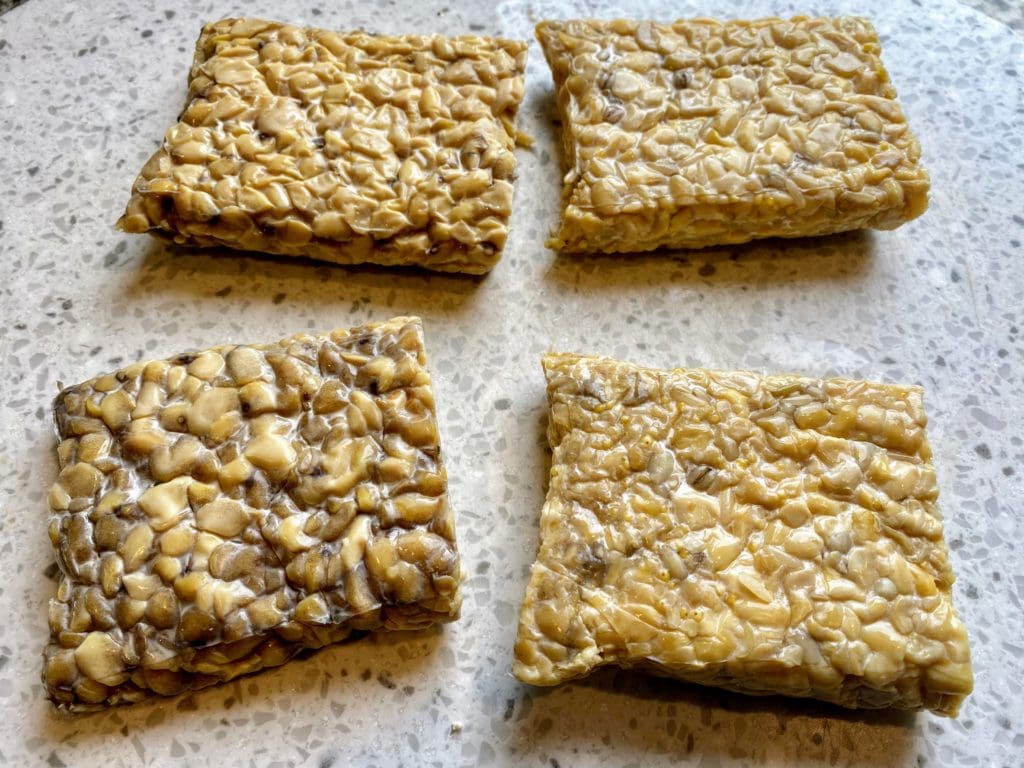 First, you need to know my best kept little secret! Tempeh, for instance, is naturally bitter and a bit tough. As a result, tempeh does not absorb the marinade and takes on a BBQ grill flavor without boiling it first.

Yes, that's what I said. For 10 minutes, boiling tempeh takes away the bitterness and absorbs marinades like a sponge. 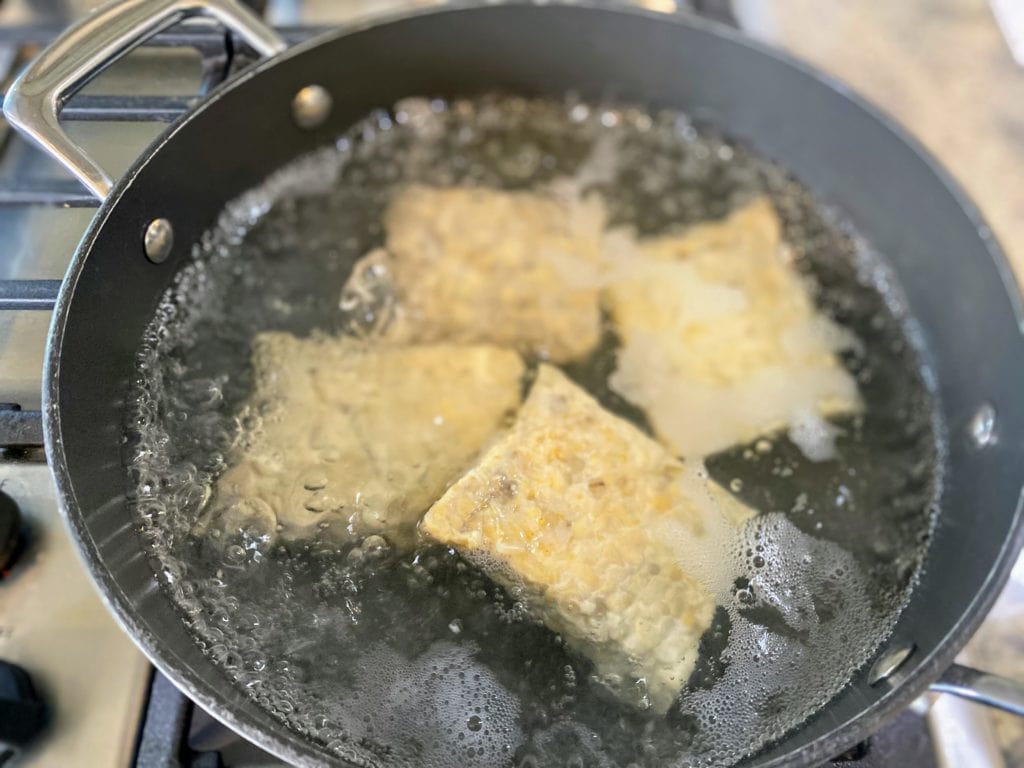 WHY BOIL TEMPEH FOR BBQ TEMPEH SANDWICHES OR ANY MARINADE?

I marinate my tempeh beforehand to absorb the flavors of the sauce I plan to use. Regardless of the sauce, marinating is a must. This time, I chose my homemade BBQ sauce. Although I prefer to make my condiments, a store-bought BBQ sauce works just as well. I make my healthy BBQ sauce to reduce the amount of sugar and preservatives, but you can use any bottled sauce of choice. 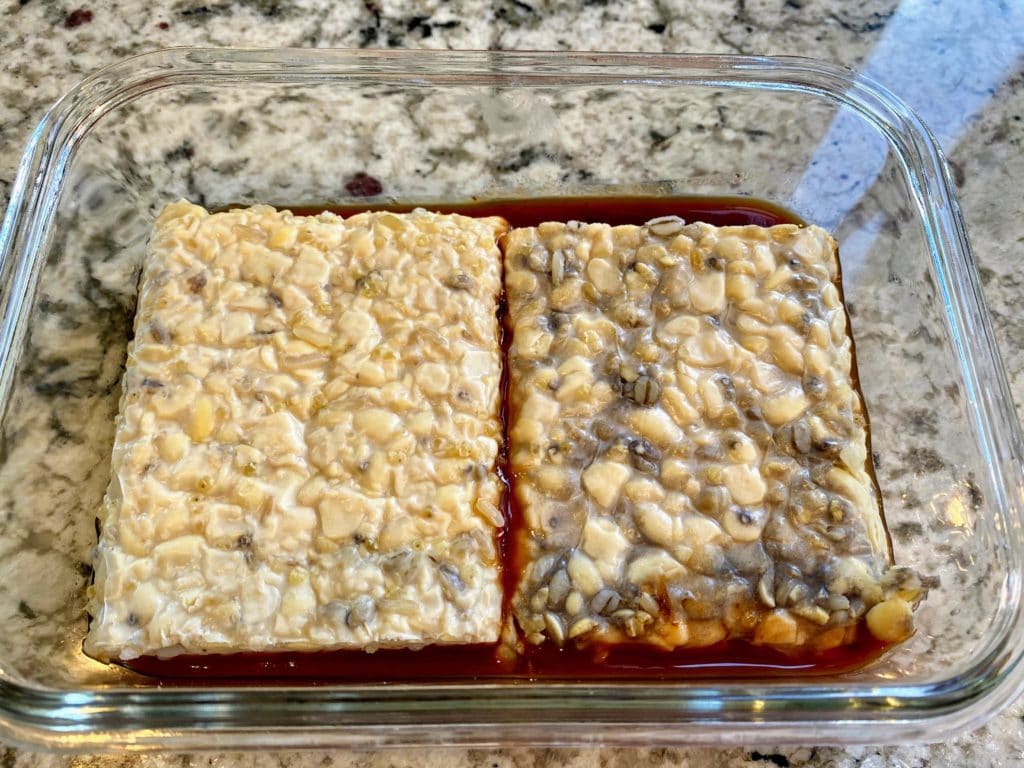 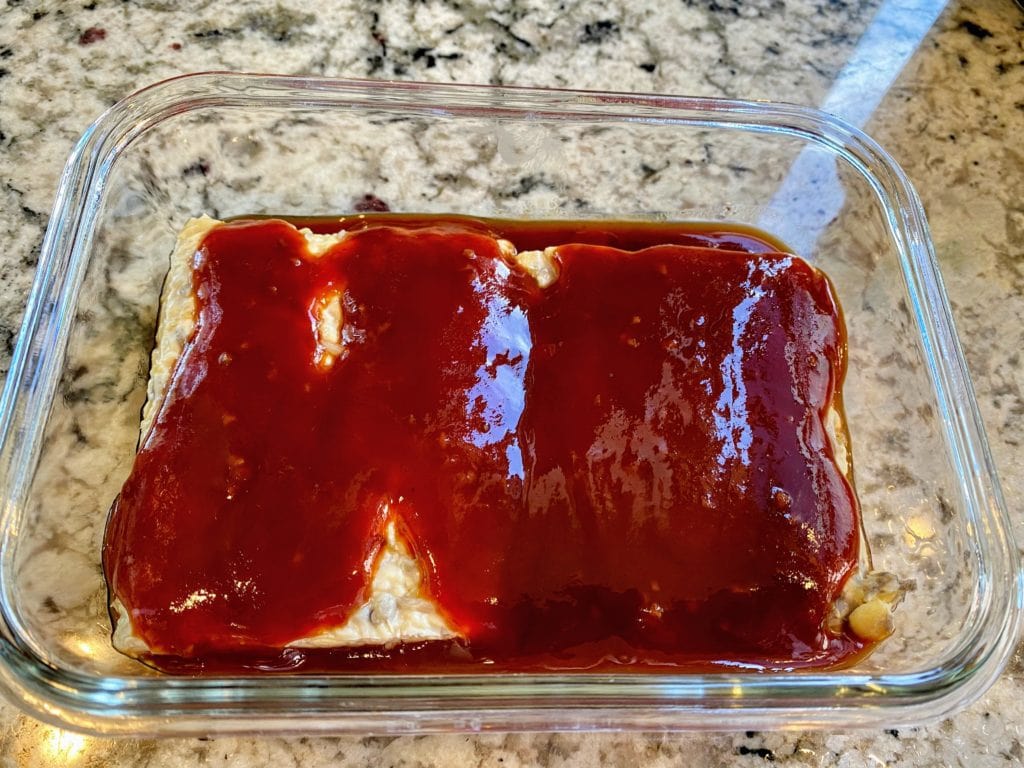 But, if you want to make my homemade BBQ sauce, you need to gather the following ingredients:

Since I only used ¼ of the BBQ sauce, you will have BBQ sauce leftover that will last up to a week in the refrigerator. Or, you can always freeze it. However, it doesn't last even a week in the fridge at my house.

Because BBQ sauce is quite sticky, you must cook on low heat slowly so your tempeh doesn't burn on the grill.

HOW DO I GRILL TEMPEH FOR GRILLED BBQ TEMPEH SANDWICHES?

Now, it's time to grill the  BBQ tempeh. You want the grill piping hot (450 degrees) for those fabulous marks before you put the BBQ  tempeh on the grill. Next, remove the tempeh from the marinade, but keep the extra marinade after grilling.

I turn the tempeh 4 times every 4 minutes to get those excellent grill marks. So, that is a total of 16 minutes of grill time.

As a result, you get to return the BBQ tempeh to the BBQ marinade after grilling. And, of course, it's all about the char and the grill marks and soaking up the marinade flavors.

I let the tempeh cool a little not to burn my fingers as a general rule. Then, I transfer grilled  BBQ tempeh for the BBQ tempeh sandwiches onto a grilled vegan ciabatta bun. 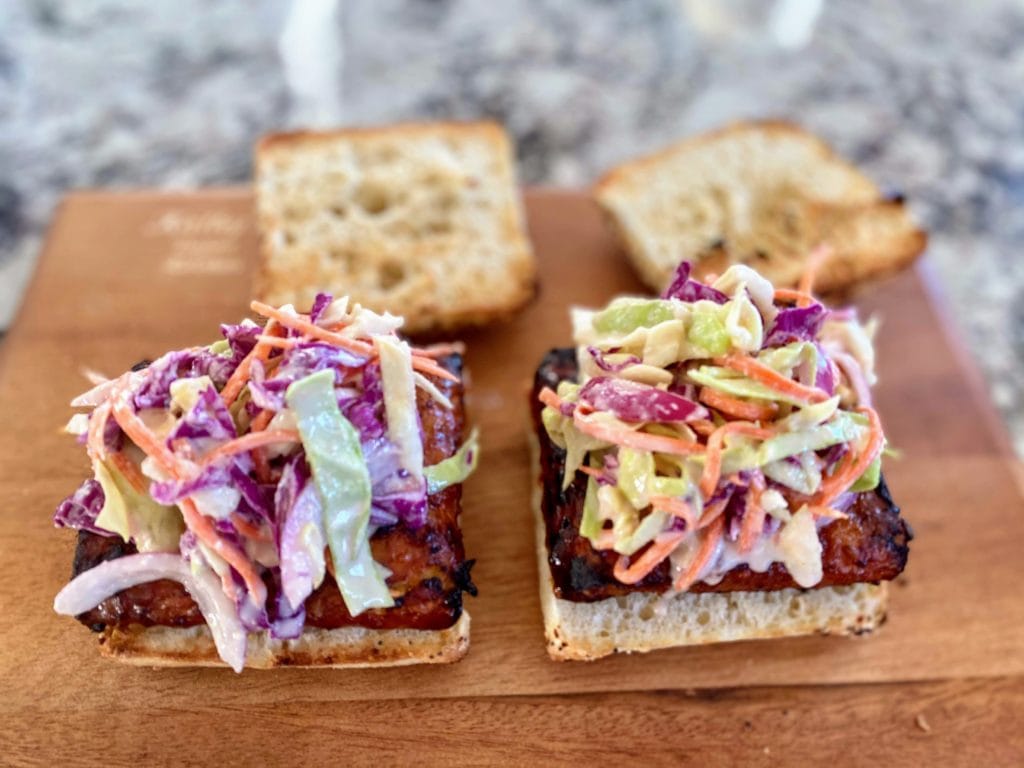 HOW DO I  MAKE VEGAN  MAPLE  DIJON SLAW TO TOP MY BBQ TEMPEH SANDWICH? 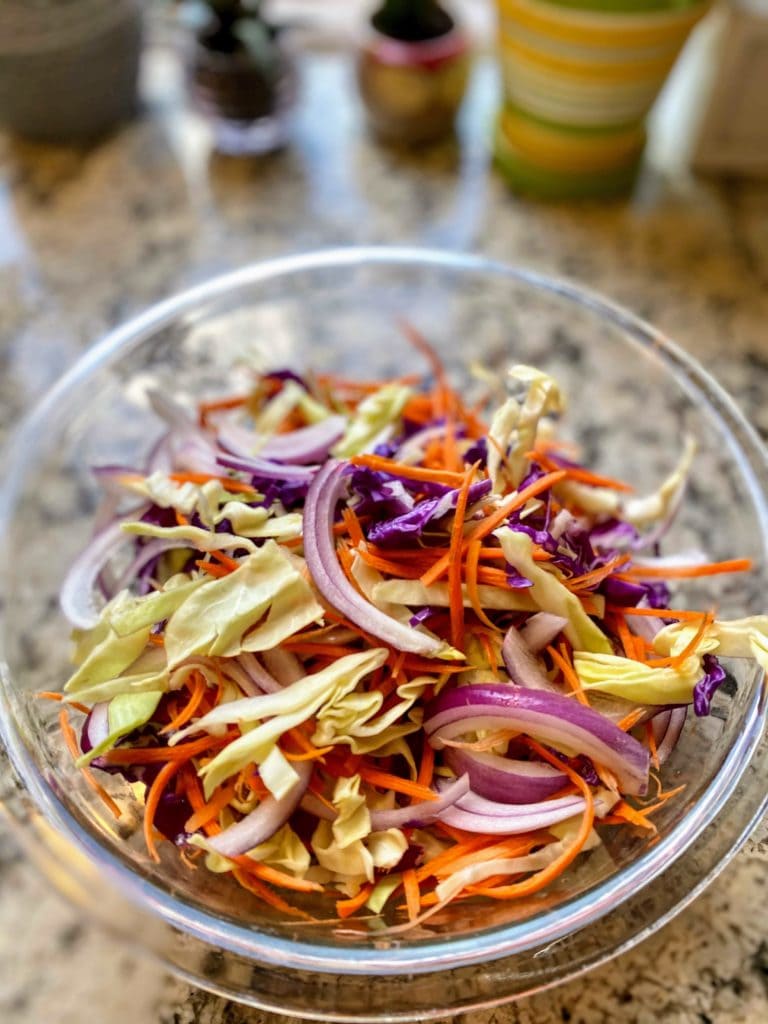 I topped the sandwiches with  Maple Dijon  Slaw to compliment the taste of the BBQ sauce. This recipe is simple, but it tastes fabulous on top of a sandwich, on the side, or as an entree salad topped with tofu or tempeh.

Again, the Maple Dijon Slaw compliments the BBQ tempeh recipe; it isn't required but is indeed yummy. If you are interested in making a slaw to accompany the BBQ tempeh, you will need: 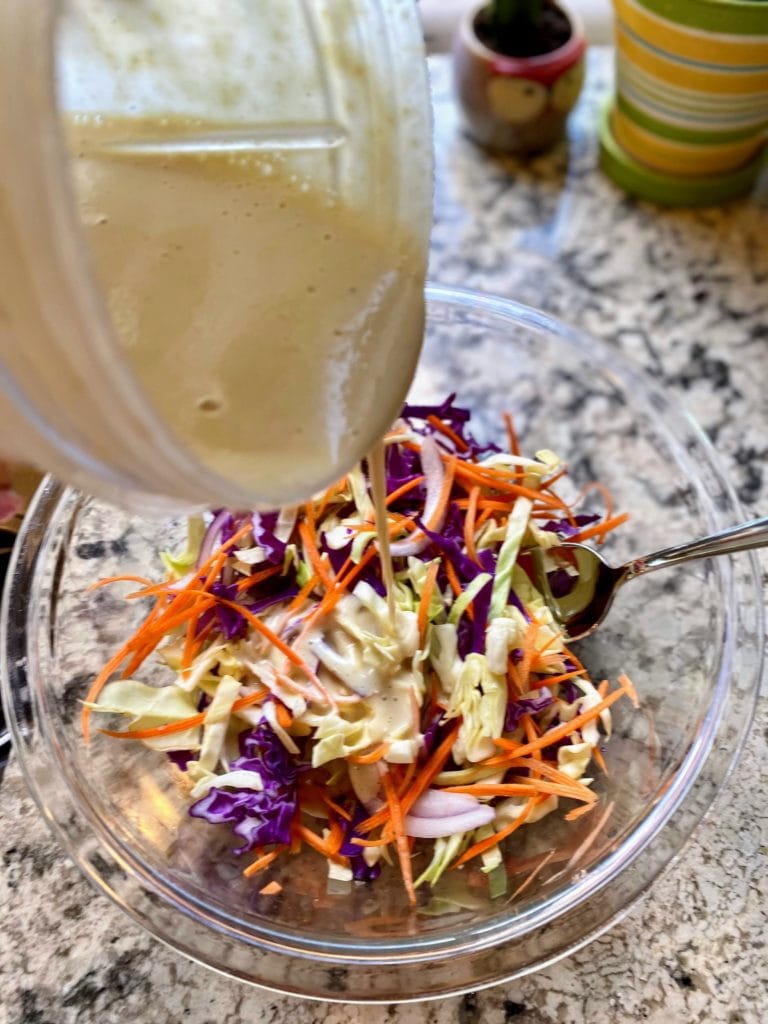 SUMMER IS COMING! IF YOU LOVE TO GRILL, TRY THESE FUN AND EASY VEGAN GRILL RECIPES: 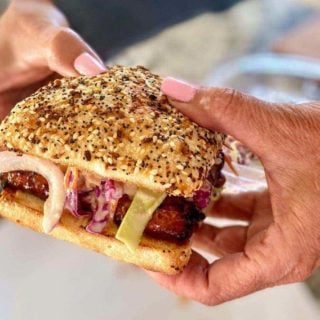 WHY BOIL TEMPEH FOR BBQ TEMPEH SANDWICHES OR ANY MARINADE?