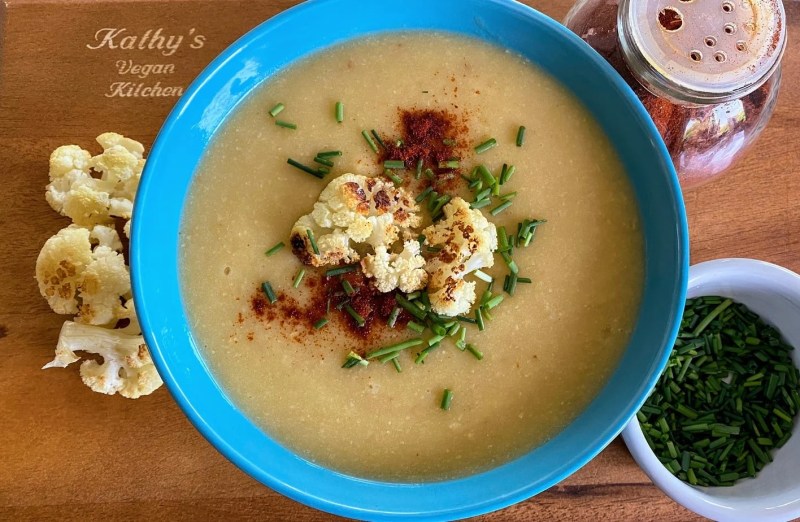 Cream of cauliflower soup is a creamy, decadent, rich soup. I consider it comfort food because of its smooth and delicate texture. In fact, once you take your first bite of this savory soup recipe, you’ll think you are eating a fattening creamy soup, when in fact, it is made of all vegetables. Although most creamy soups contain nuts or plant-milk, this creamy cauliflower soup is nut-free, soy-free, and plant-milk free. Instead, potatoes provide the creaminess.

Cauliflower is so versatile; it can be used for pizza crust, cauliflower steaks, buffalo cauliflower bites, General Tso Cauliflower and the list goes on. As a kid, I remember cauliflower having little to no flavor, and my only recollection of its use was on a vegetable tray that I immediately drowned in a dip to disguise its flavor or lack thereof. Who knew cauliflower could be elegant, and delectable?

THE BENEFITS OF INCLUDING CAULIFLOWER IN YOUR DIET 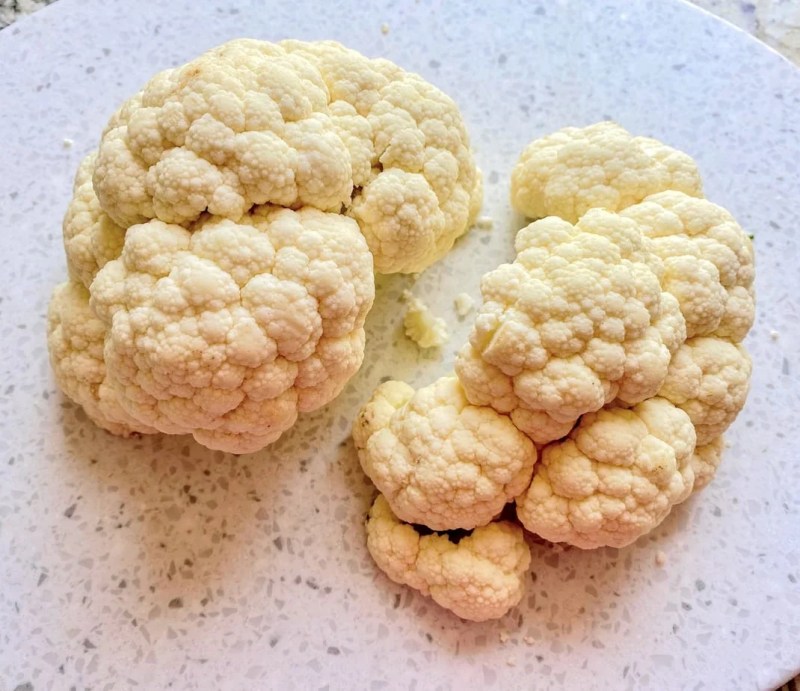 According to the United States Department of Agriculture (USDA) National Nutrient Database, one cup of chopped raw cauliflower, cut into half-inch pieces, and weighing around 107 grams, contains:

One cup of raw cauliflower will provide: 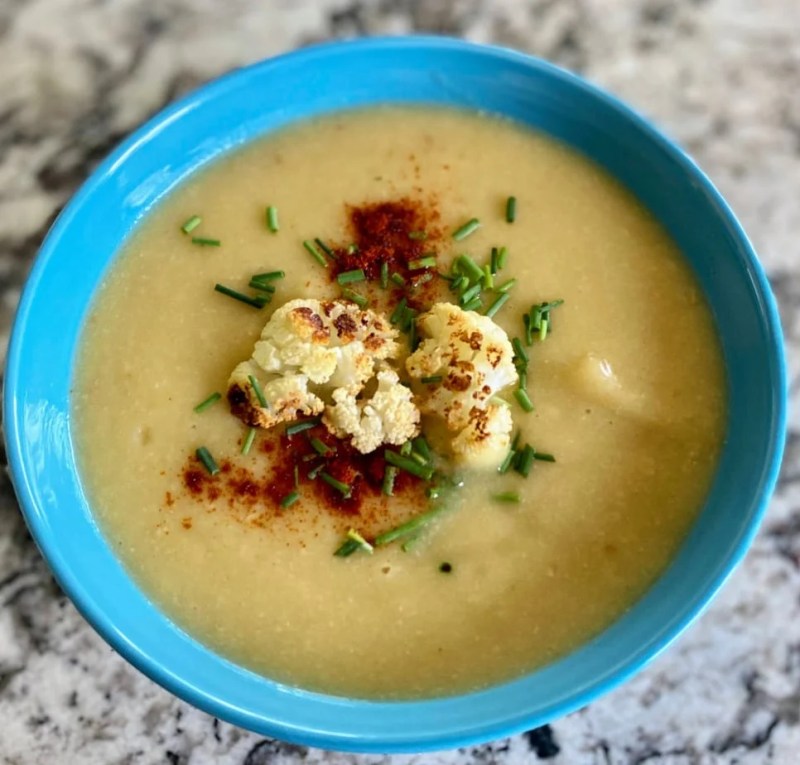 WHAT INGREDIENTS ARE NEEDED FOR CREAM OF CAULIFLOWER SOUP?

CHOPPING THE INGREDIENTS FOR CREAM OF CAULIFLOWER SOUP 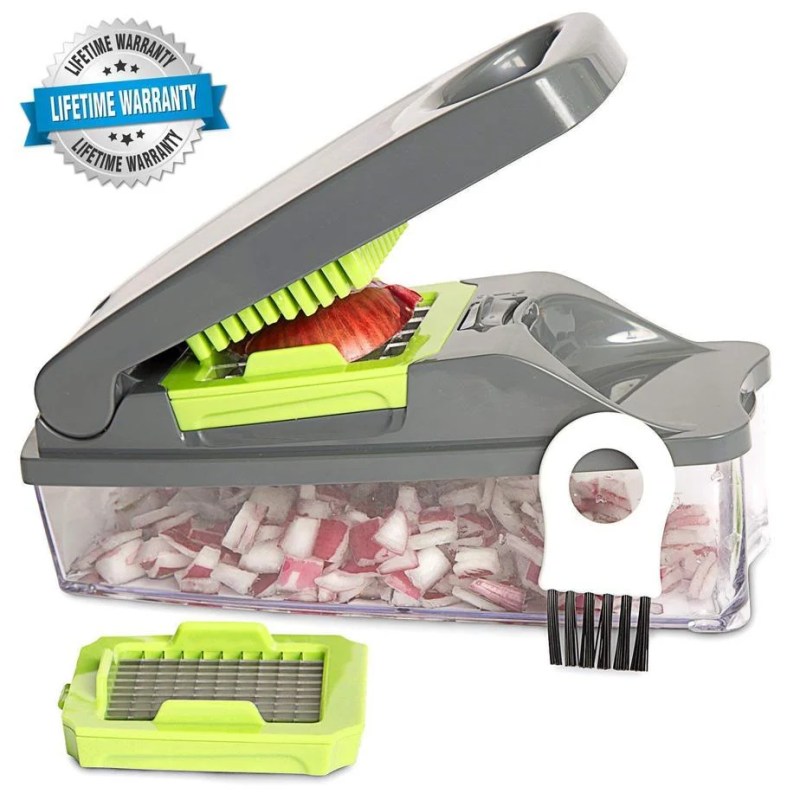 One of my favorite kitchen tools, my Pro Vegetable Chopper, saves me a ton of time in the kitchen. As a result, chopping vegetables for a variety of recipes takes minutes instead of hours. For creamy cauliflower soup, for instance, I used the larger chopping blade to chop my potatoes. Then, I used the small blade to chop the shallots. 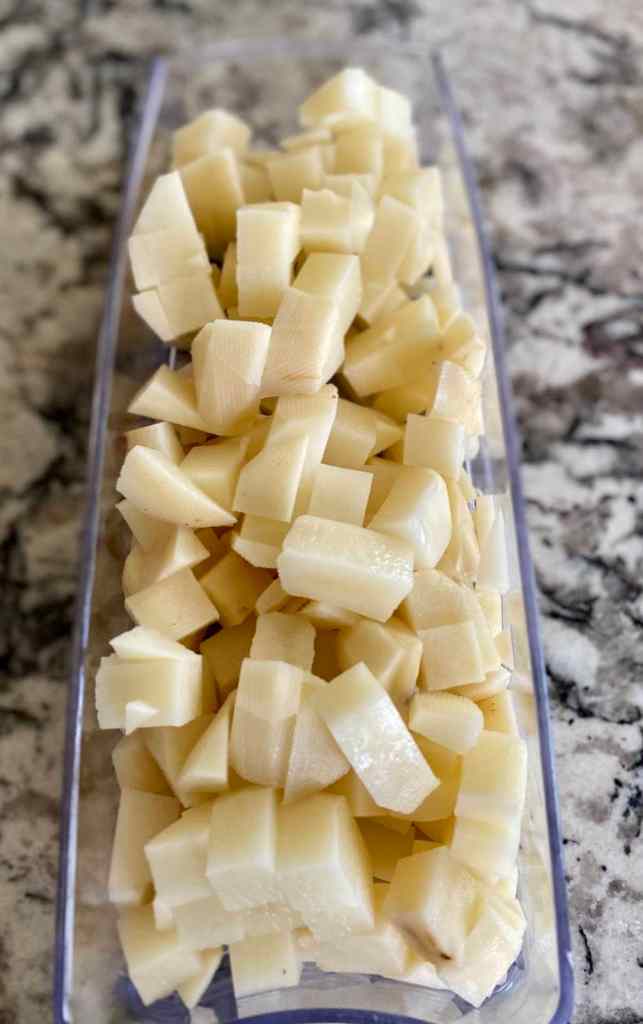 When cooking with leeks, it is important to remember that leeks generally require a lot of cleaning. Even though they may appear clean on the outside, dirt hides in the multiple layers of each leek. For that reason, I suggest chopping leeks and then transferring them to a colander and rinsing them under water to remove excess debris. 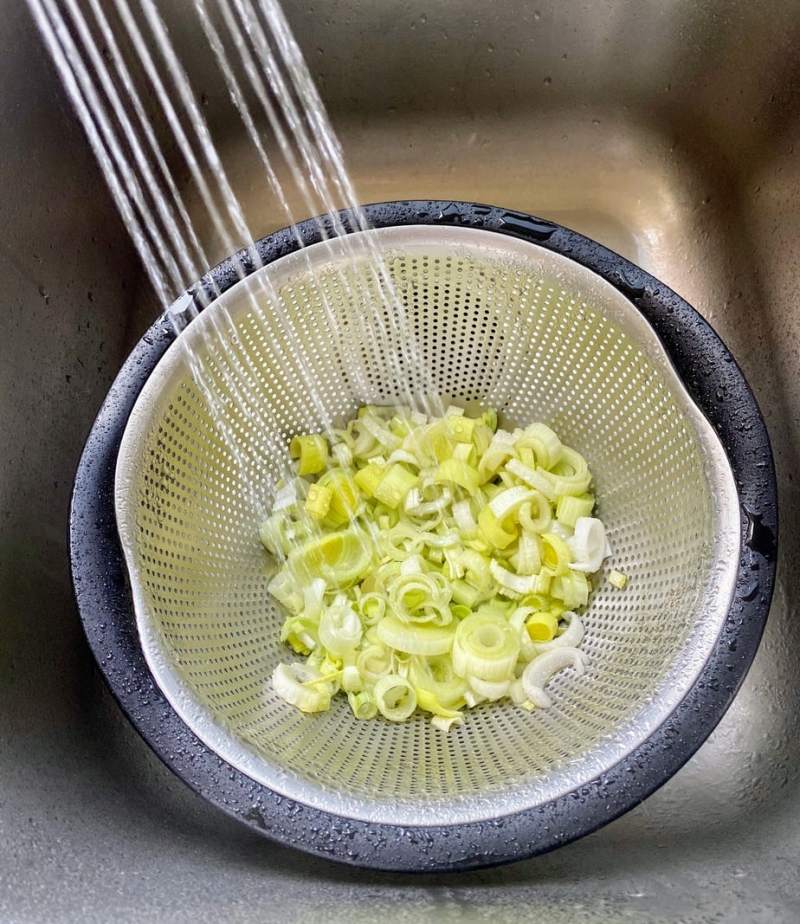 HOW TO MAKE CREAM OF CAULIFLOWER SOUP

First, saute the garlic, shallots, and leeks together in a large soup pan until translucent. Then add the chopped potatoes, nutritional yeast, and vegetable broth. Next, bring the mixture to a boil, cover and reduce to simmer for 30 minutes. In the meantime, roast the cauliflower in the oven. While the cauliflower roasts and the potatoes soften with the leeks and shallots, chop the chives to use as garnish. 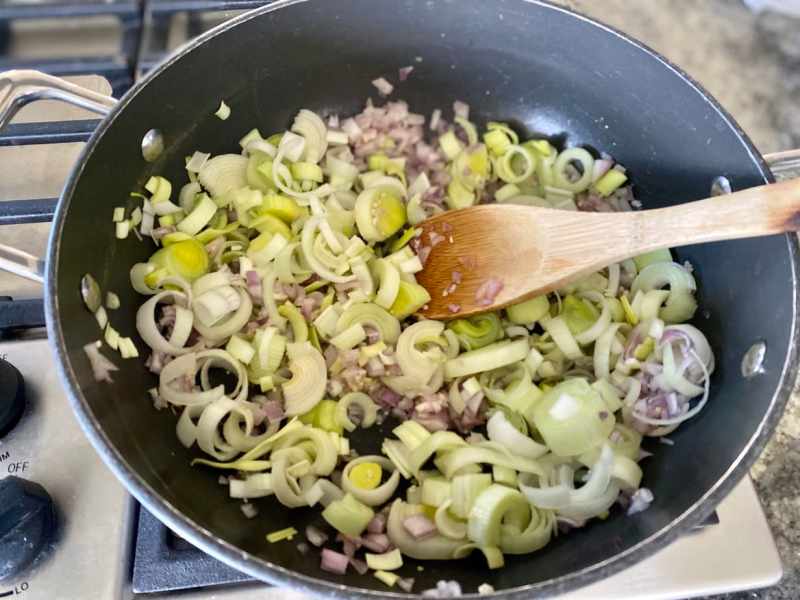 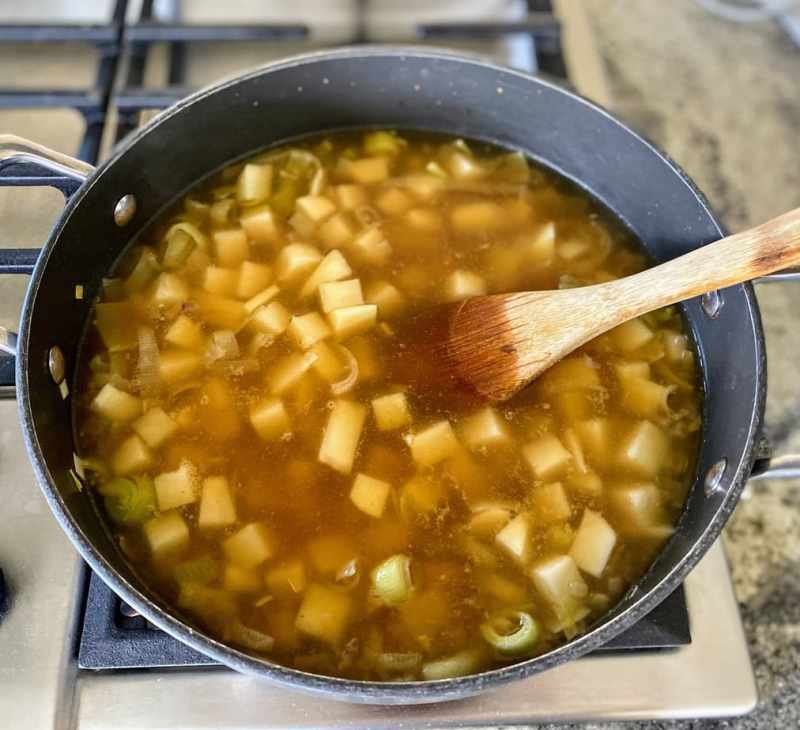 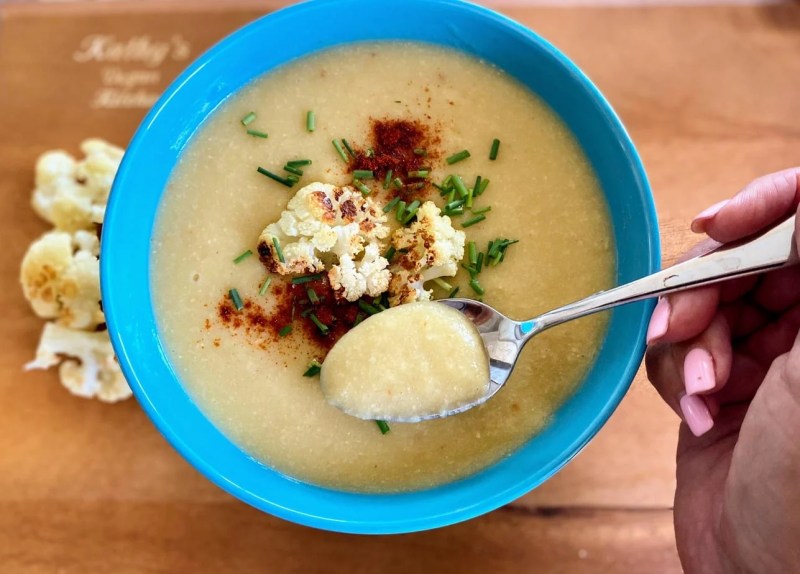 Cauliflower has become one of my favorite vegetables, as it clearly transforms into so many different dishes with versatile flavors; it absorbs herbs and seasoning, and when used creatively, is the best fat-free food around. If you love savory soups, and you want to feel like you are cheating with every savory bite, try this cream of cauliflower soup.

DO YOU LOVE CAULIFLOWER? HERE ARE SOME GREAT RECIPES

Cream of Cauliflower Soup is oil-free, nut-free, plant-milk-free, and soy-free. Savory and delicious, creamy cauliflower soup is packed with vegetables and clearly tastes so good you'll think you're cheating with every delicious bite.