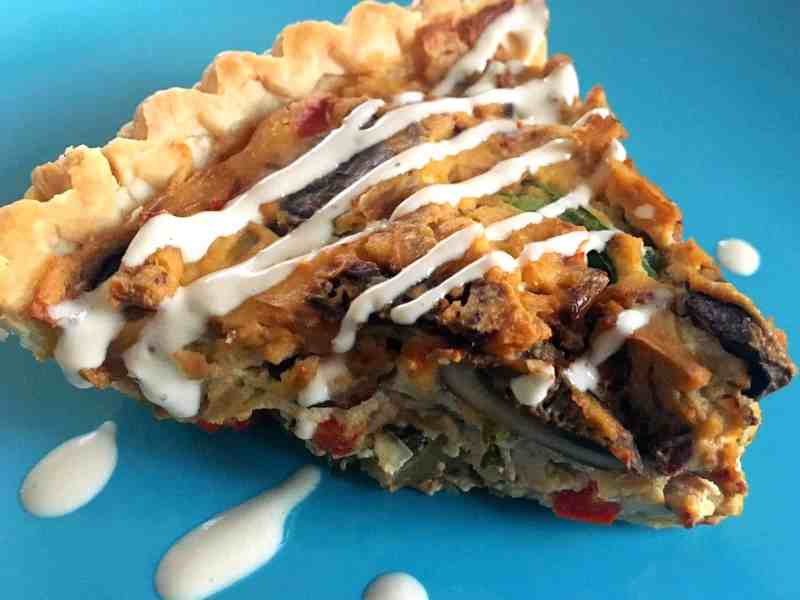 One of the easiest and most beautiful brunch meal I make is a vegan quiche. Mediterranean vegan quiche recipe, for instance, tastes as good as it looks! With the right combination of ingredients, the flavors are incredibly savory in this vegan quiche recipe. Not only is this quiche simple to make, but you also have a variety of options with different fillings, crusts, as well as sizes to choose from.

Although I chose a gluten-free crust, it is possible to make this vegan quiche crustless as well. For a quick option, buy a vegan crust at the store. Whole Foods, and Sprouts, for instance, both carry a vegan frozen crust in their frozen food section.

Or you can use a mini muffin pan, to make individual appetizers or a larger muffin cup for easy to heat breakfasts during the week.

Despite choosing to use Mediterranean flavors, any combinations of vegetables and flavors can transform your quiche. Actually, just use the base tofu mixture and add the ingredients you want. 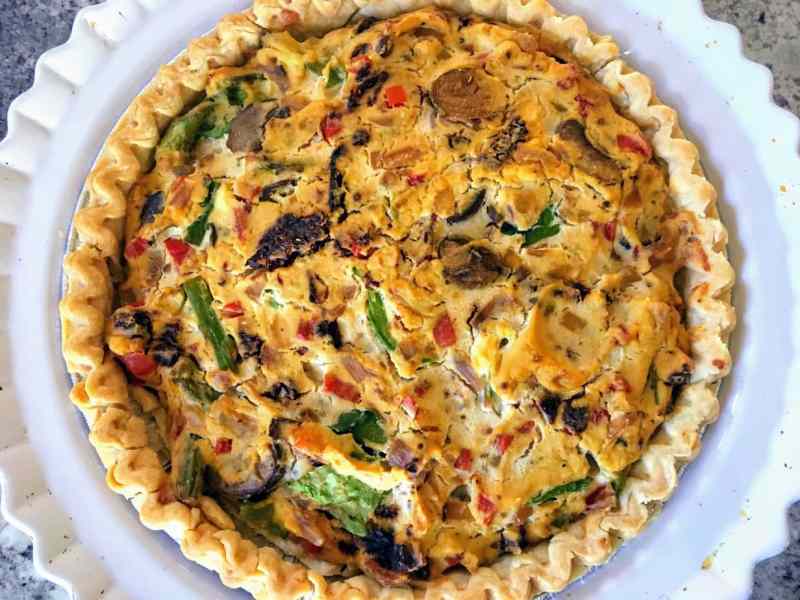 For instance, when I made this particular vegan quiche recipe, I chose to focus on some of my favorite flavors:

Another option would be to use:

Yet, I also enjoy:

In order to make the most delicious vegan quiche recipe, just choose your favorite combinations of flavors.

In order to achieve the savory component of this quiche, I chose kalamata olives and sun-dried tomatoes. Furthermore, using onions and garlic with the mushrooms provides the “meaty” texture.

HOW TO MAKE THE INSIDE OF THE VEGAN QUICHE RECIPE… 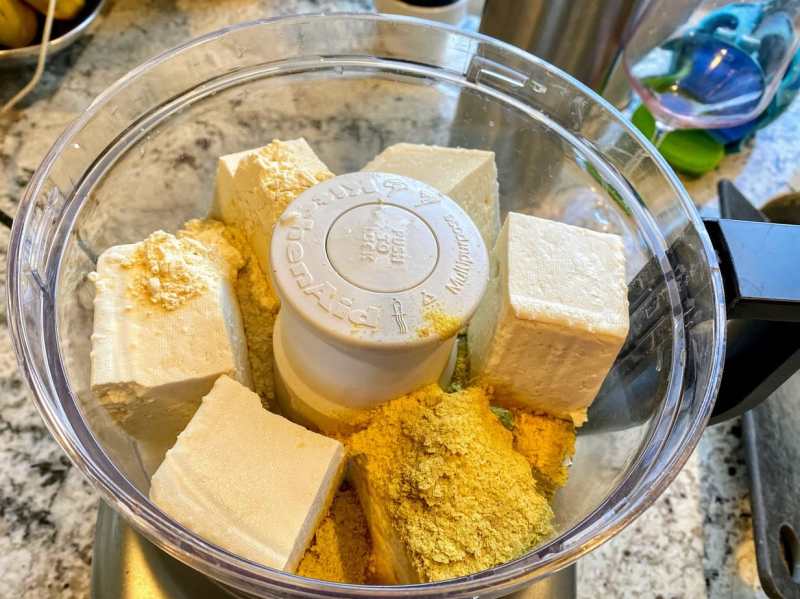 WHAT ARE THE INGREDIENTS IN THE VEGAN QUICHE CRUST?

As said earlier, there are different options for the crust. If you are in a hurry, for instance, a frozen crust works just as well for this vegan quiche recipe.

For this recipe, however, I made my own crust, which is both oil-free and gluten-free:

HOW TO MAKE AN OIL-FREE, GLUTEN-FREE VEGAN QUICHE CRUST 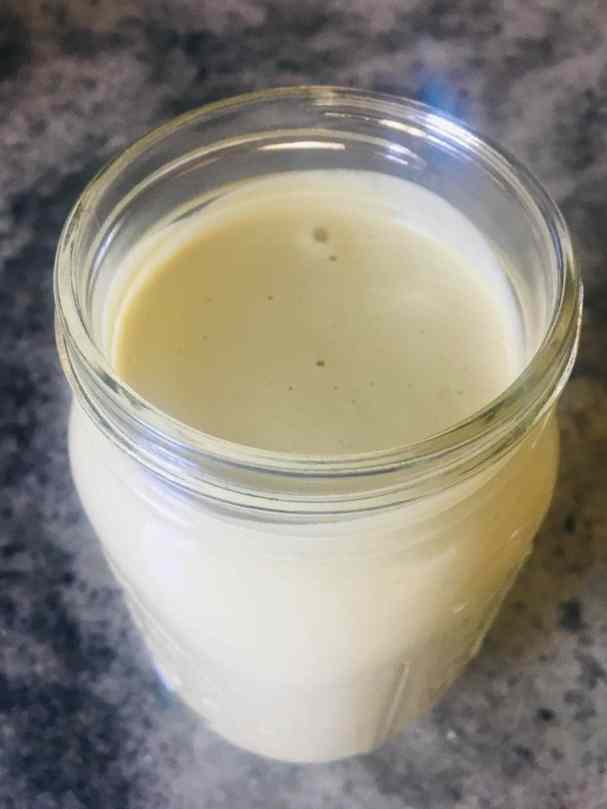 Finally, the tahini drizzle brings the whole vegan quiche recipe together with a touch of lemony yum.

Once the quiche is cooked, it is important to let it set up for at least 10 minutes before you cut it. As a result, your quiche will stay together and not fall apart. In addition, you can keep the quiche refrigerated for 5 days and reheat in the microwave or oven. Furthermore, you can also freeze the vegan quiche for use at a later time.

Although I prepared vegan quiche recipe for brunch, it makes a fabulous dinner entre as well.

IF YOU LOVE THIS VEGAN QUICHE RECIPE, YOU SHOULD TRY THESE BREAKFAST IDEAS

This light and flavorful quiche is the prefect entree, or can be made into individual baby quiches using a mini muffin pan.