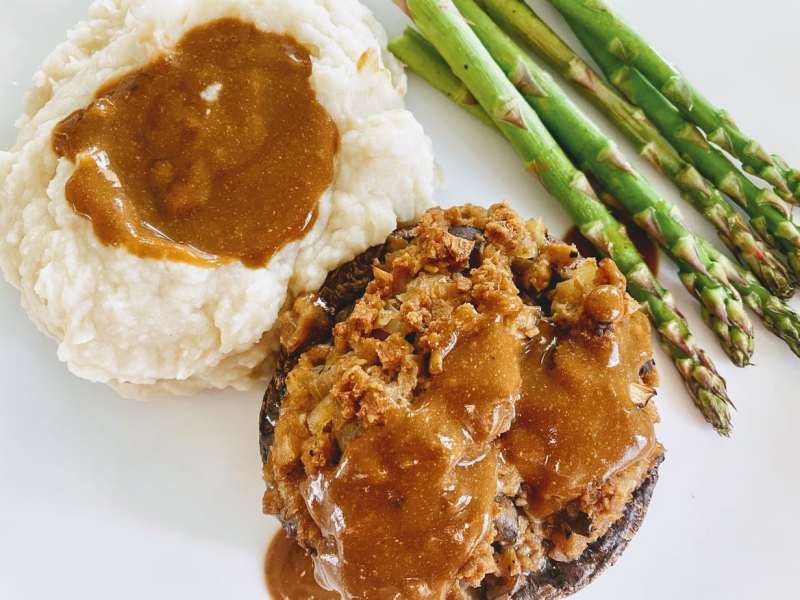 When I want savory, comfort food, I generally think about Vegan Stuffed Mushrooms or Vegetable Strudel as the main course to plan my meal. What I love about portobello mushrooms is how meaty and versatile the are for cooking. Vegan stuffed mushrooms, for instance, are more of my favorite weeknight dinners.  Regardless of the type of stuffing, my vegan stuffed mushrooms hold all the flavors inside their fabulous caps.

HOW TO SELECT THE BEST PORTOBELLO MUSHROOMS AT THE STORE

When shopping for portabella mushrooms, avoid any spots, which indicate the beginning of rot. Instead, look for caps that are firm and uniform in color.  And, look for dry mushrooms, not ones that appear wet or slimy.  For example, I prefer lighter colored mushrooms, as opposed to darker ones, for a more delicate flavor.  On the other hand, if you prefer a deeper earthy taste, look for darker mushrooms, but be careful or spots and texture. Sometimes, a darker mushroom can appear dry, but it may actually be starting to get slimy, and no one likes slimy.

Once you get the portobello mushrooms home, place in the refrigerator in the packaging. But, if you selected the mushrooms yourself, without packaging, do not leave in a plastic bag.  Plastic bags, for instance, break down the mushrooms causing them to smell and get slimy.

Again, to avoid the slime, place the portobello mushrooms in a paper bag, such as a lunch bag until ready to use. In fact, when you buy any mushrooms without packaging, you should always store them in a paper bag to prolong freshness.

Whatever you do, make sure you always cook portobello mushrooms before you freeze them, which will store for up to one month in the freezer. Then, when you wish to reheat the mushrooms, just make sure you thaw completely before reheating.

HOW AND WHY ARE THE GILLS REMOVED BEFORE GRILLING PORTOBELLO MUSHROOMS

In order to remove the gills, turn the cap over to the open side, and carefully remove the gills by scraping the gills with a small spoon. Then, make sure you use minimal water and paper towel to pat dry.  Even though the gills are edible, I think they produce a yucky brown residue that makes a mess of your plate. 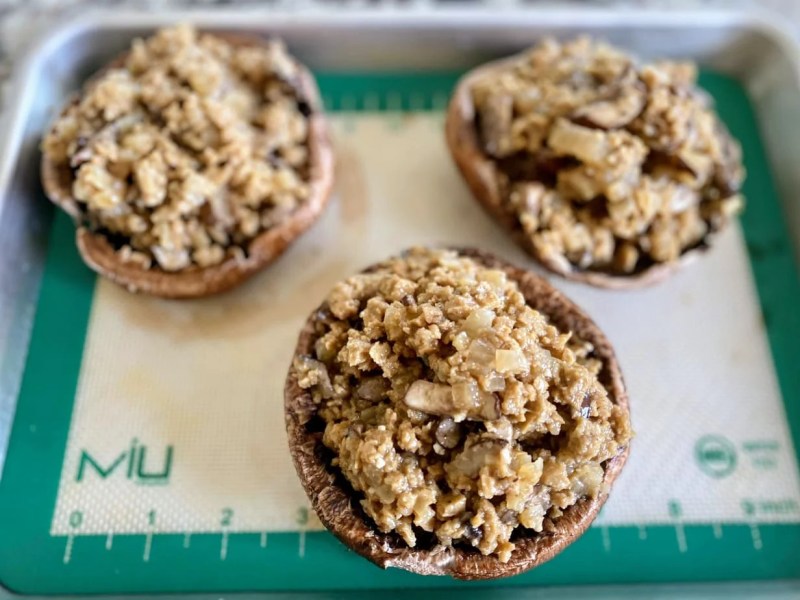 YOU CHOOSE THE STUFFING FOR VEGAN STUFFED MUSHROOM RECIPE

Regardless of the stuffing choice, each stuffing recipe offers a different recipe for vegan stuffed mushrooms. For each recipe: 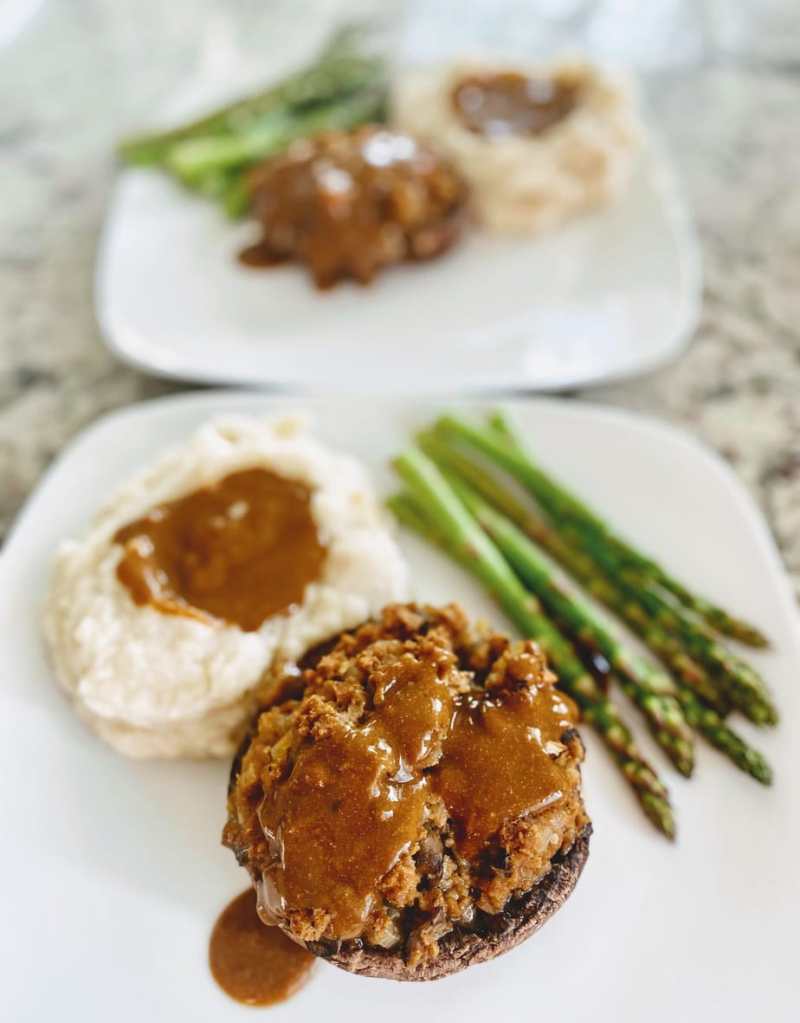 Once the portobello mushrooms are cleaned and the gills are removed, I like to pre-bake the mushrooms to get some of the moisture out before I stuff them. First, line a baking sheet with s silicone baking mat or parchment paper. Next, place the mushrooms, opening down, on a baking sheet. Then, cook in a 300 degree preheated oven for 15 minutes.

Now, you can either cook the vegan stuffed mushrooms immediately, or you can put in the refrigerator for up to a day before cooking. 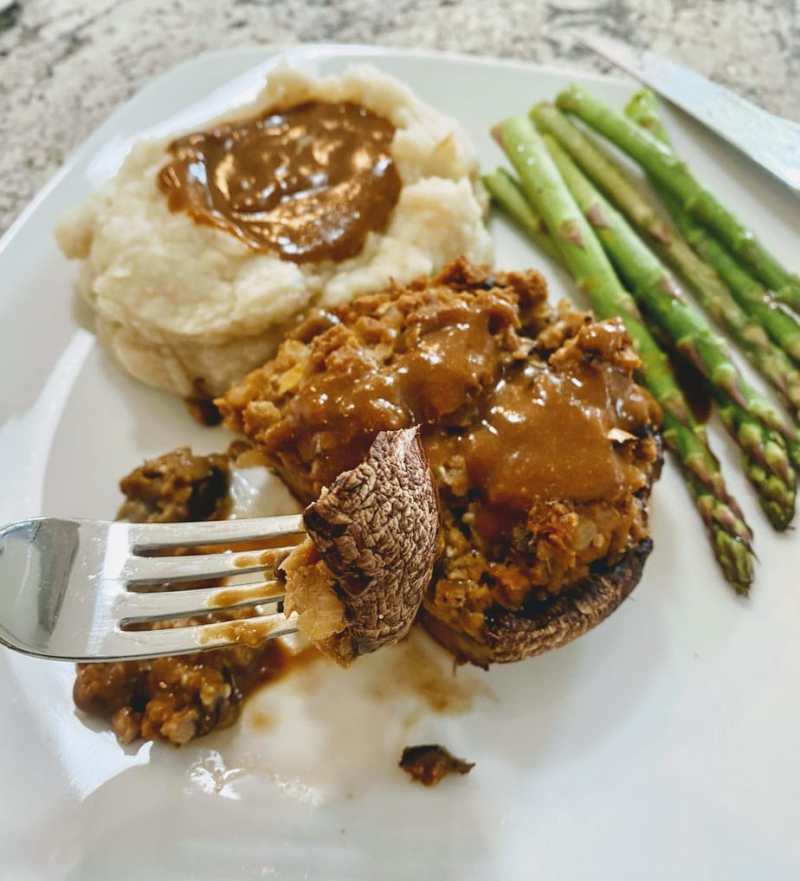 SUGGESTIONS OF SIDE DISHES FOR VEGAN STUFFED MUSHROOMS 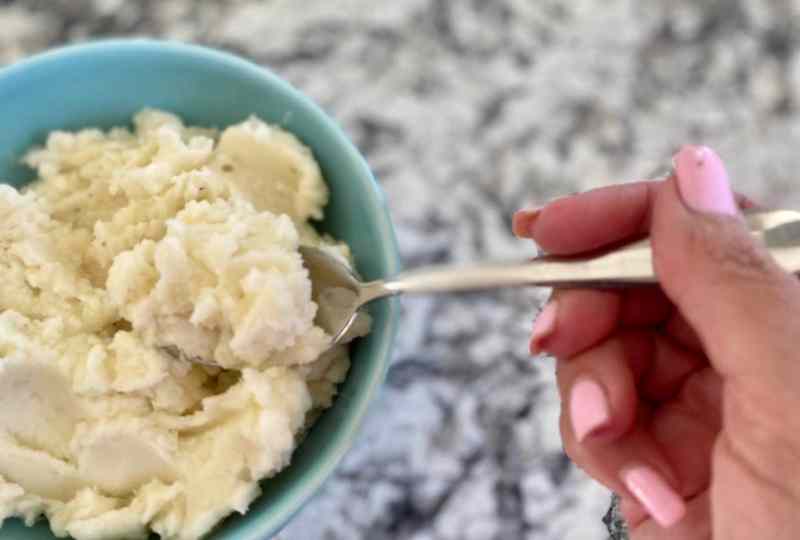