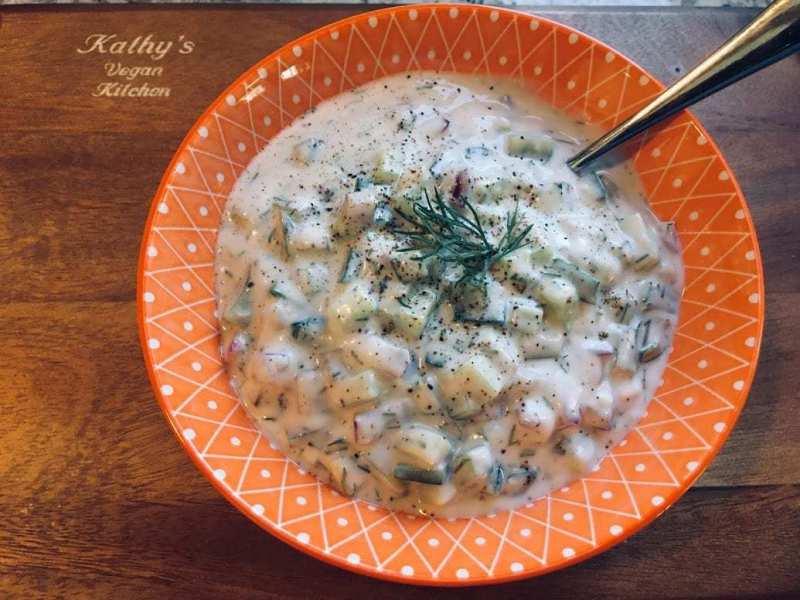 Although my Greek grandmother’s food was fabulous, it was never vegan. In fact, I don’t think she would mind me ‘veganizing’ her food to be healthier. So, with that being said, vegan tzatziki is not only possible, it tastes exactly like my grandma’s. Last night I decided to make a Skinny Gyro Bowl with Lentils, and everything I love in a gyro wrap. Instead of regular yogurt sauce, I made a simple vegan tzatziki sauce using a handful of ingredients.

First, I like Kite Hill Plain Almond Milk Yogurt. Sometimes, finding plain vegan yogurt is a challenge where I live, so I usually have to go to Whole Foods or shop on Amazon. Even though you can use any type of plain vegan yogurt, you just need to make sure it is plain, without any flavor. 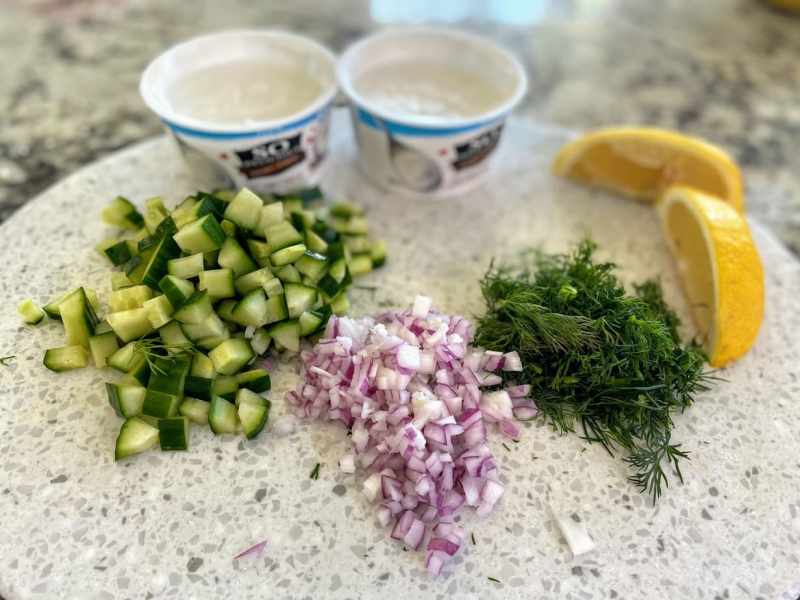 Secondly, you need to make sure you use English cucumbers for vegan tzatziki sauce. To avoid a watery sauce, it is important to dice the cucumbers and allow them to drain on a paper towel while you prepare the rest of the sauce. 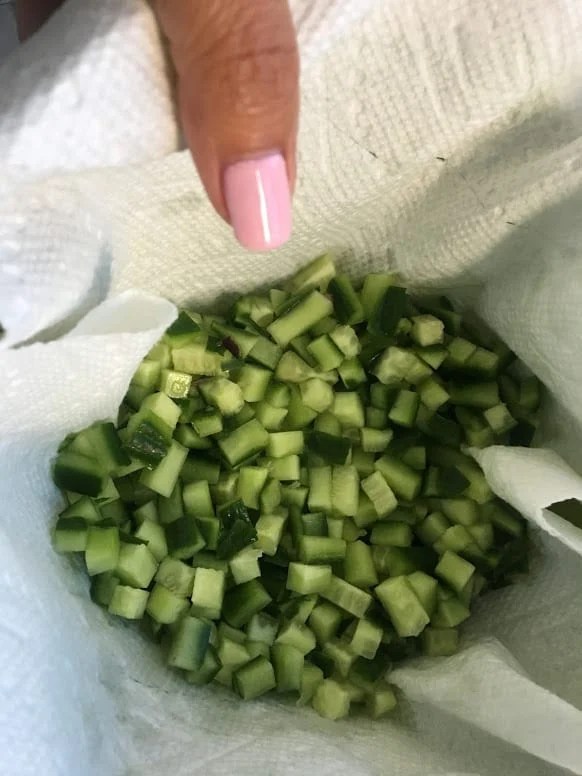 While your cucumber loses most of its moisture (about 10 minutes), cut the onion, and measure the other ingredients. Furthermore, using fresh lemon juice and dill makes the sauce fresher.

Then, it just takes a few minutes to put it all together. 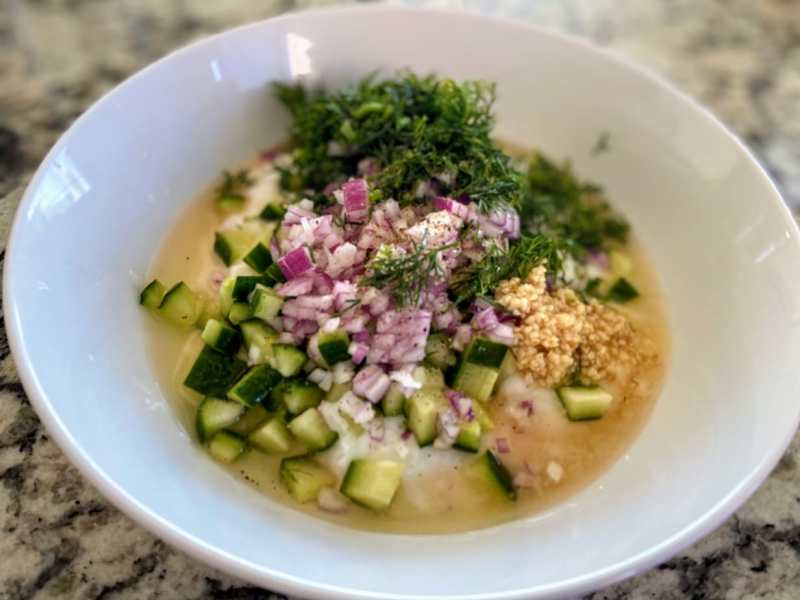 If you have extra sauce, it will last up to a week in the refrigerator. Additionally, you can put it on a sandwich, serve with rice, or use as a dip for vegetables. Or, you can try my Oil-Free Vegan Garlic Cilantro Naan for dipping.

Vegan Taziki is a tangy dip for a bowl, sandwich, vegetables, or on your favorite Meditteranean dishes. Loaded with fresh dill, onions, vegan yogurt, garlic, and red onions, you won't be able to get enough.