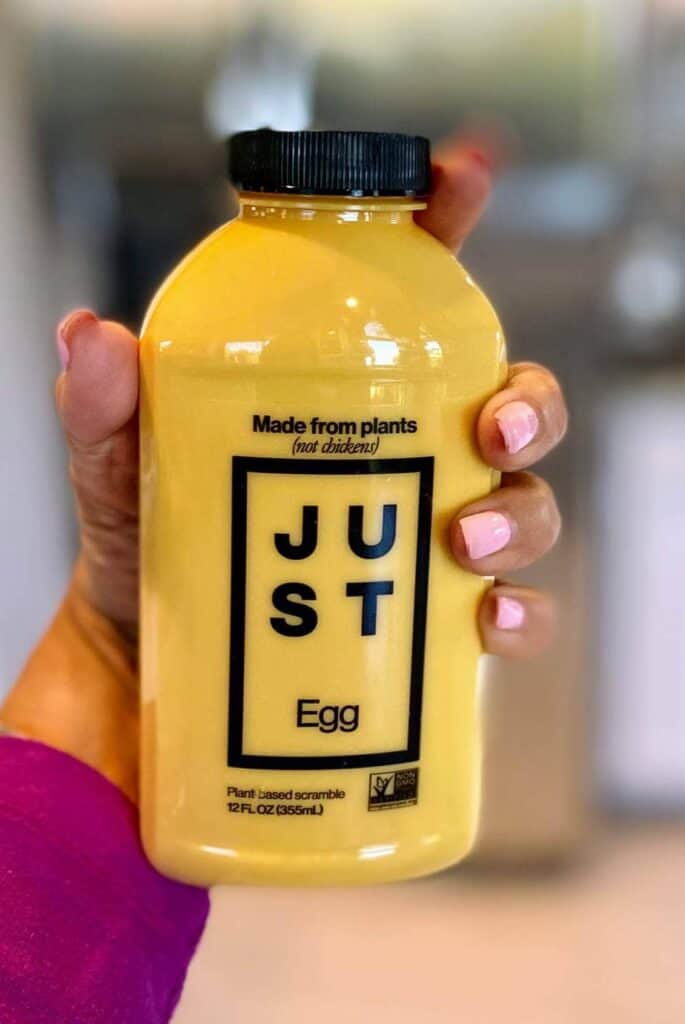 When I first heard about JUST Egg, an egg replacement product, I was skeptical because it’s processed. But, many people on my Facebook page and blog asked what I thought, but I hadn’t tried it to be honest. Although I love my chickpea omelet and tofu-based recipes like my vegan breakfast casserole or vegan quiche recipes, I decided to give JUST Egg a try. Check my Blog on Just Egg Review.

Even though I saw JUST Egg in my local grocery store's refrigerator section, I was taken aback by its $8.99 price tag. Since then, the price has dropped to a mere $4.99 a bottle, so I decided to try JUST Egg and review it.

SO, WHAT'S IN JUST EGG AND THE JUST EGG REVIEW?

First, the two main ingredients in JUST Egg are mung beans and Tumeric.

According to Medical News Today, Mung beans are a type of pulse, which means they are an edible seed of the legume plant family.

Similar to all pulses, mung beans are nutritionally balanced. They contain vitamins, minerals, and beneficial enzymes, making them an excellent part of a healthful diet.

According to a 2014 review, evidence suggests that mung beans may have several potential health benefits, including:

However, further studies in humans are needed for scientists to confirm and better understand these properties. 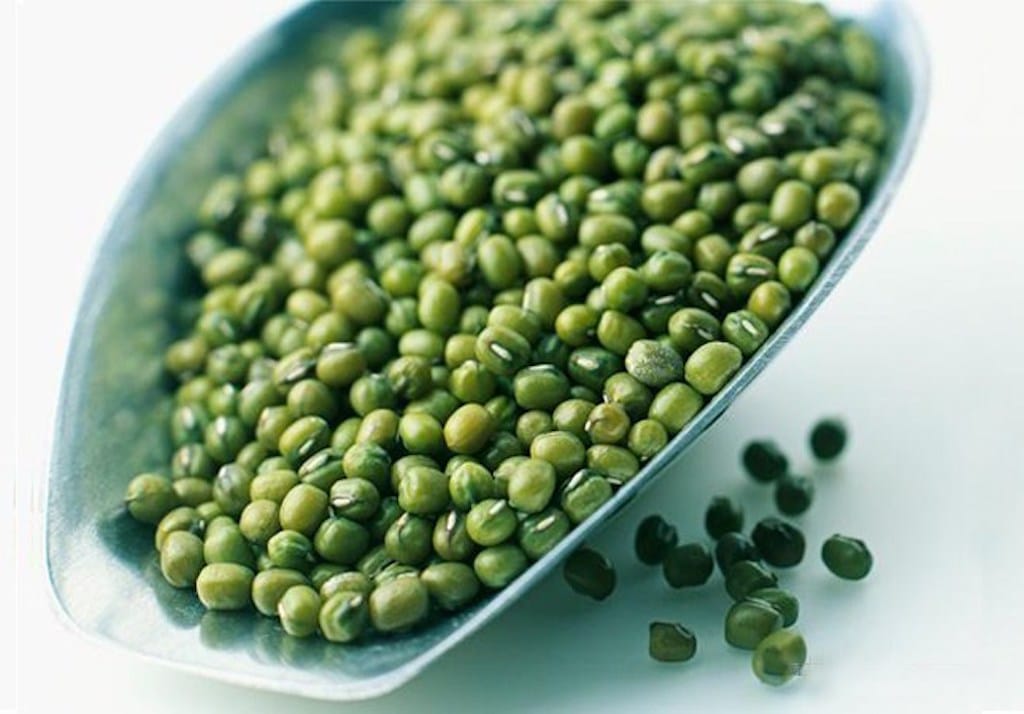 For instance, mung beans can be eaten as a sprout or eaten raw or sold dried as well.  When eaten naturally, mung beans have a crisp and clean taste, similar to edamame. However, when cooked, mung beans taste hearty like lima beans. Because they absorb flavors well, mung beans can be savory or sweet, depending on how prepared.

THE BENEFITS OF TUMERIC

Another healthy ingredient in JUST Egg is Tumeric. According to Healthline, Tumeric has several potential health benefits:

JUST Egg's serving is 3 Tablespoons, so it isn't costly as an egg replacer for baking. For instance, 1 fluid ounce is equivalent to 2 Tablespoons. If you plan to make a vegan omelet, though. which requires ½ cup, or ⅓ of the container, it’s a pretty pricy omelet.

JUST Egg’s  motto is “Our ingredients are JUST.”  Even though I eat some processed foods, I am apprehensive about ingredients I can’t pronounce or don’t know what they are. So, let’s look at the ingredients a little closer.

Again, I’m not judging, but I think it’s important to know what we are eating. With that being said, you decide. I know many people eat whole foods only. Is this real food? Nope, but it depends on your dietary goals and the type of plant-based diet you choose to follow.

* The percent daily values tell you how much a nutrient in a serving of food contributes to a daily diet. 2,000 calories a day is used for general nutrition advice. 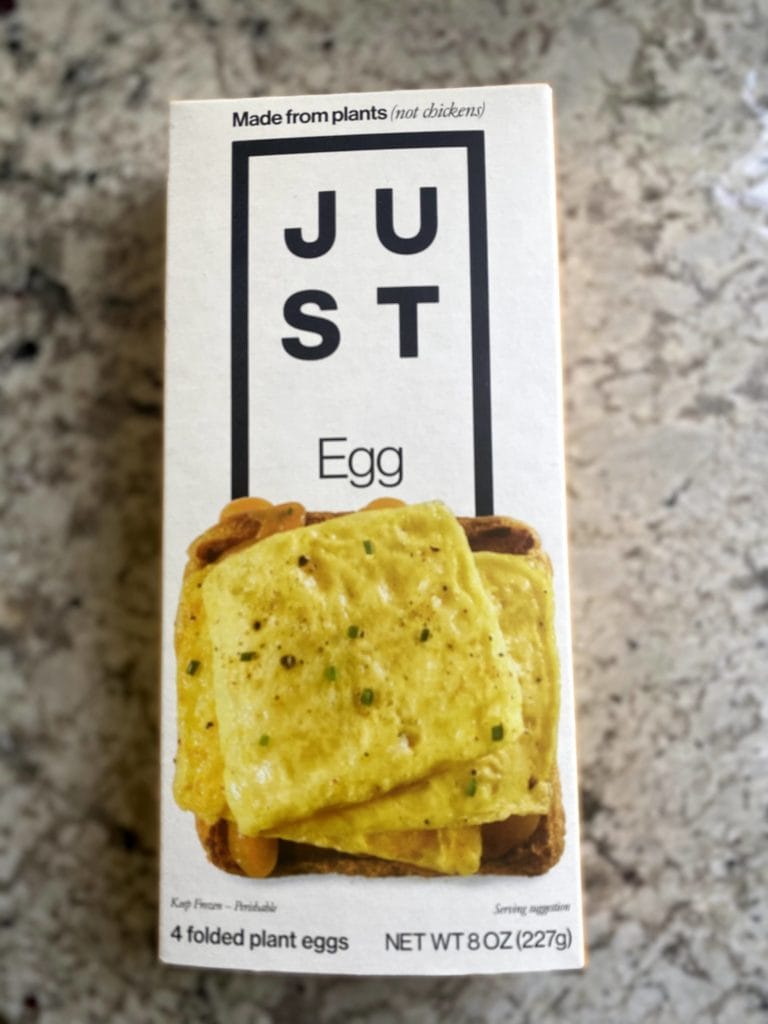 If you don't like the bottled version of Just Egg and prefer it already cooked for you, this frozen version is readily available in the freezer section. Instead of making an omelet or using Just Egg for baking, this version is perfect for a vegan breakfast sandwich. 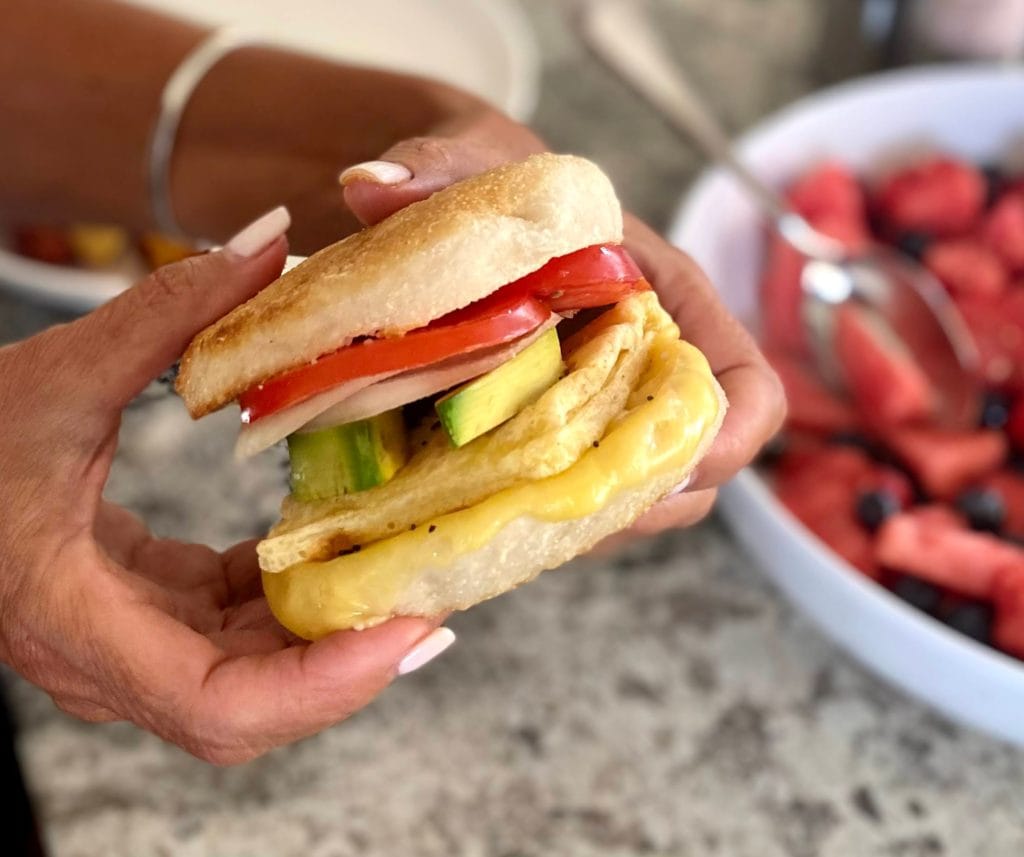 With a slightly different food label, this folded cooked Just Egg product has 100 calories, which is a little more than the liquid recommended serving size with 70 calories. 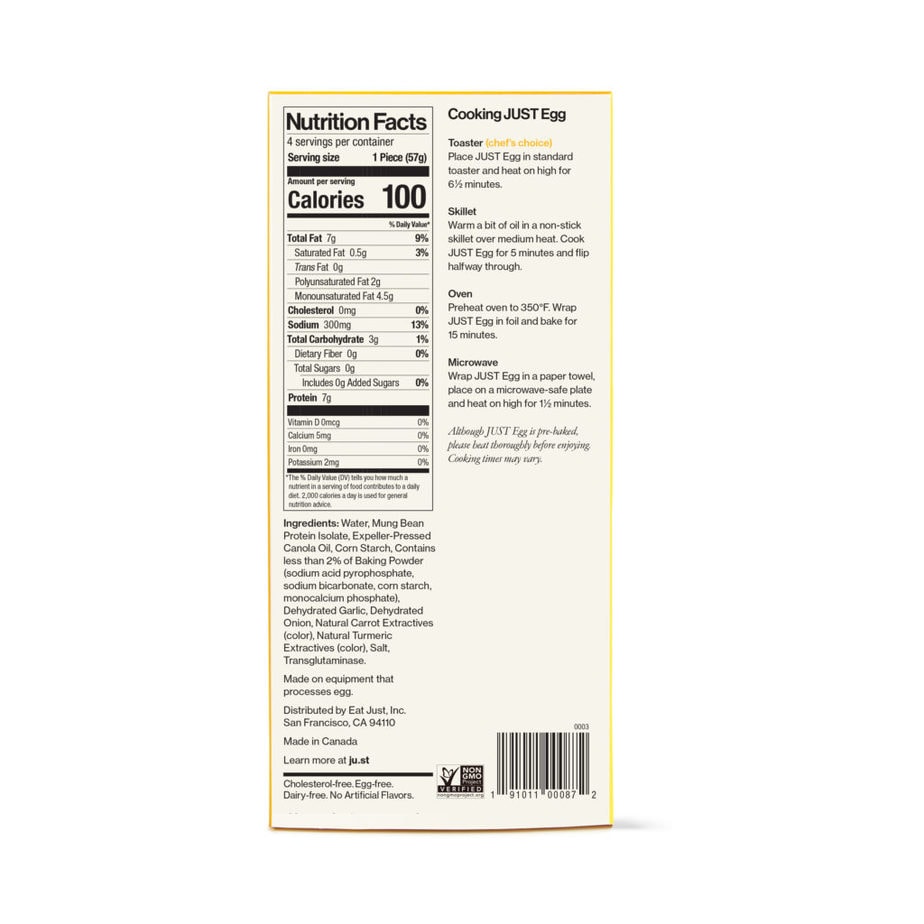 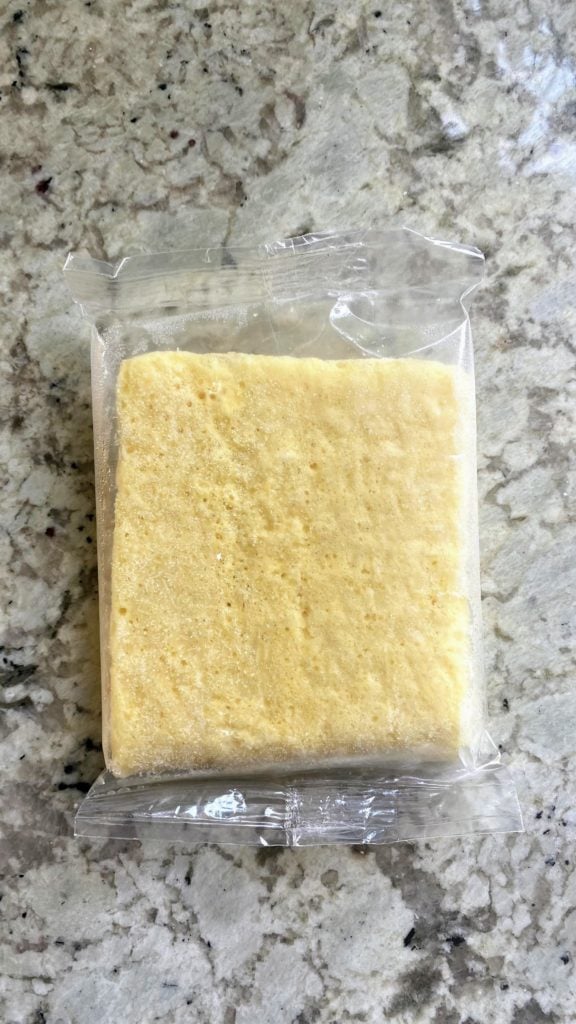 HOW TO COOK FROZEN JUST EGG

Since this was my first time trying the frozen product, I chose the chef's choice for cooking in a toaster.

On a side note, I tried allowing it to thaw first, just to see what would happen. The product became soggy and spongy and did not cook the same way as directly from eh frozen box. 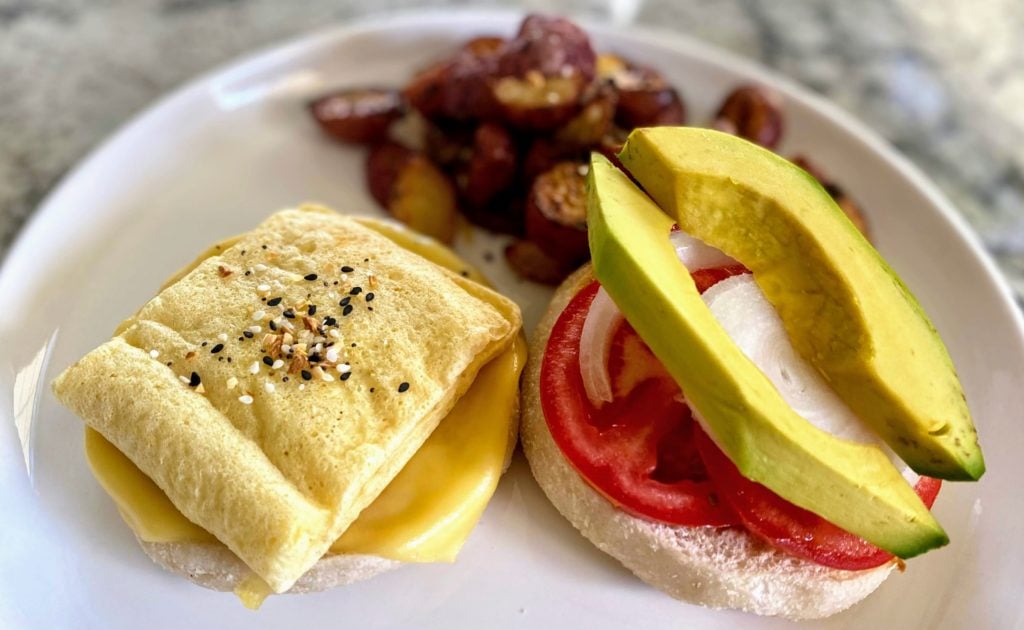 WHAT RECIPES CAN I USE JUST EGG (LIQUID VERSION) FOR?

Based on how expensive it is, I personally think Just Egg is best used when you need an egg replacement for baking. But, if you want it for eating breakfast or making something that tastes and looks like an egg, you could make:

CONVERSELY, YOU COULD ALSO USE A VARIETY OF OTHER VEGAN EGG REPLACEMENT PRODUCTS FOR BAKING

Since I paid $ 4.99 for my JUST egg bottle, and I decided to be the guinea pig, let me show you what I made and tell you what I think.

First, JUST Egg looks like a scrambled egg, its texture and consistency, and it even looks like a scrambled egg. What does it smell like? Nothing much! In fact, it smells like nothing, but when it cooks, it smells just like an egg, no pun intended. Even though JUST Egg contains oil, I used my non-stick pan, so I don’t know if it needs any additional oil if cooking in a regular skillet.

Of course, the most important part is the taste. Before going plant-based, l didn’t like eggs, but I do know what they taste like. So, my husband became my test kitchen guinea pig. According to my husband, it tastes just like an egg. Even though I am not an egg fan, I took a bite, and he was right; the taste, smell, and texture are very similar to an egg. Personally, I’m not too fond of it, but he LOVED it.

RECIPE IDEAS FOR USING JUST EGG AS AN EGG REPLACER

Next, I chose to make a few different recipes to gauge its cooks under other circumstances since I bought a bottle. 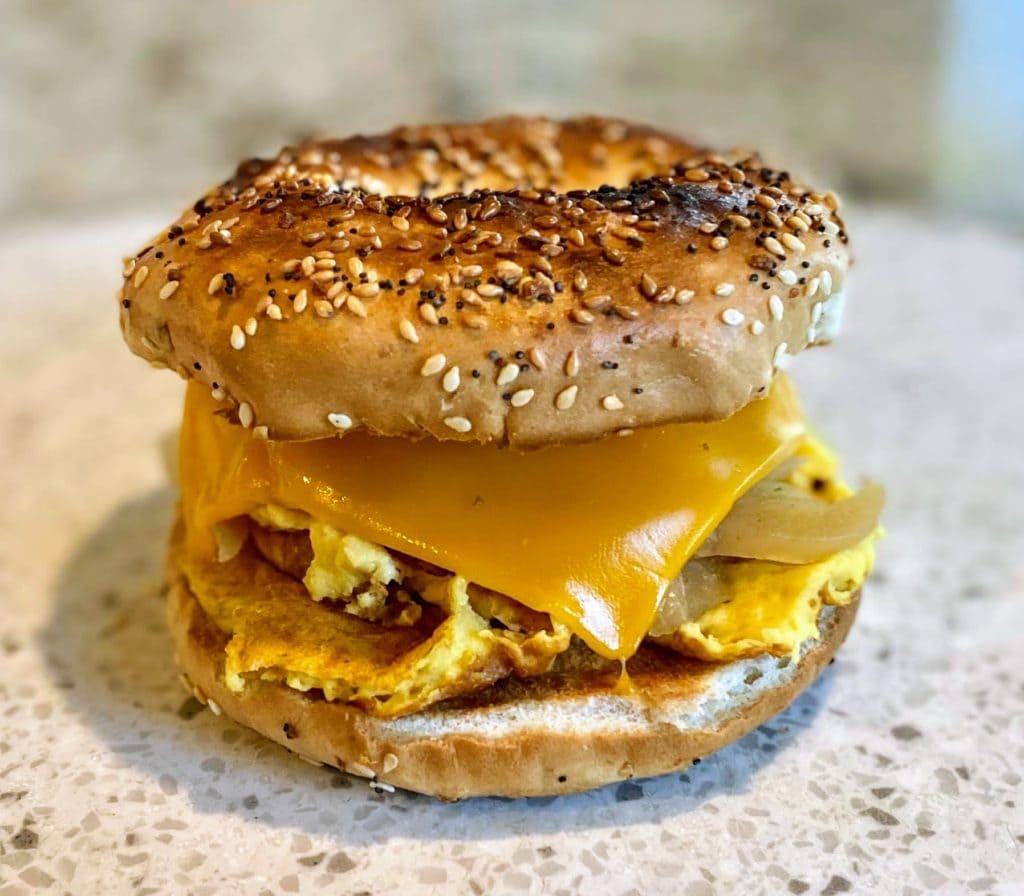 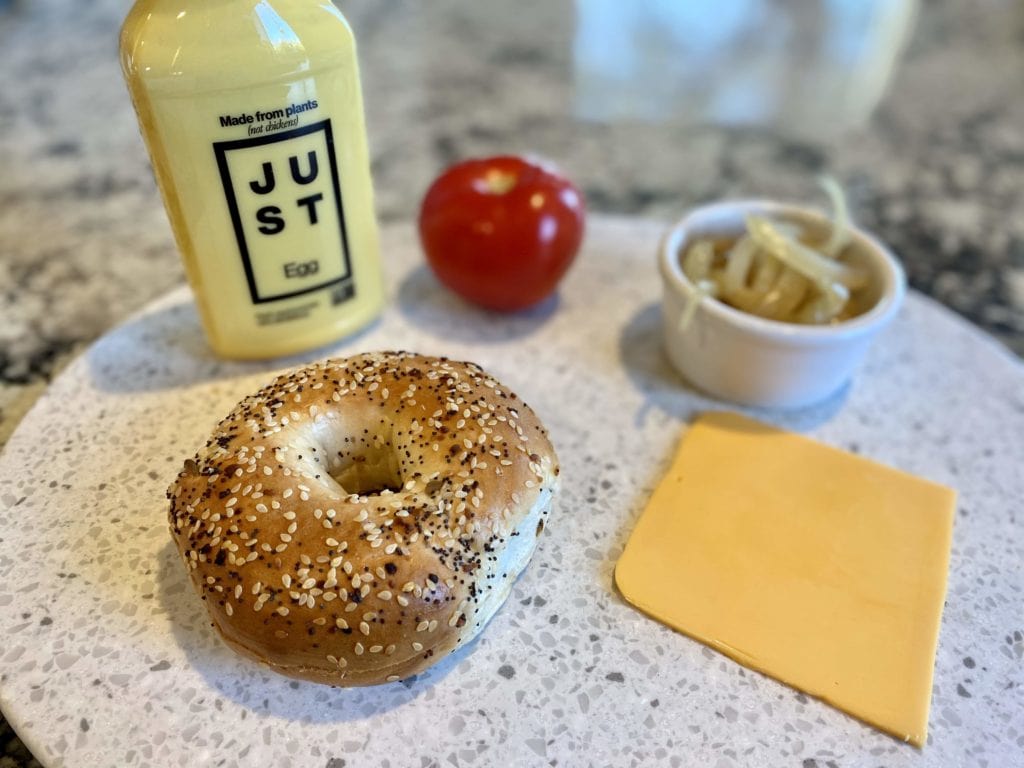 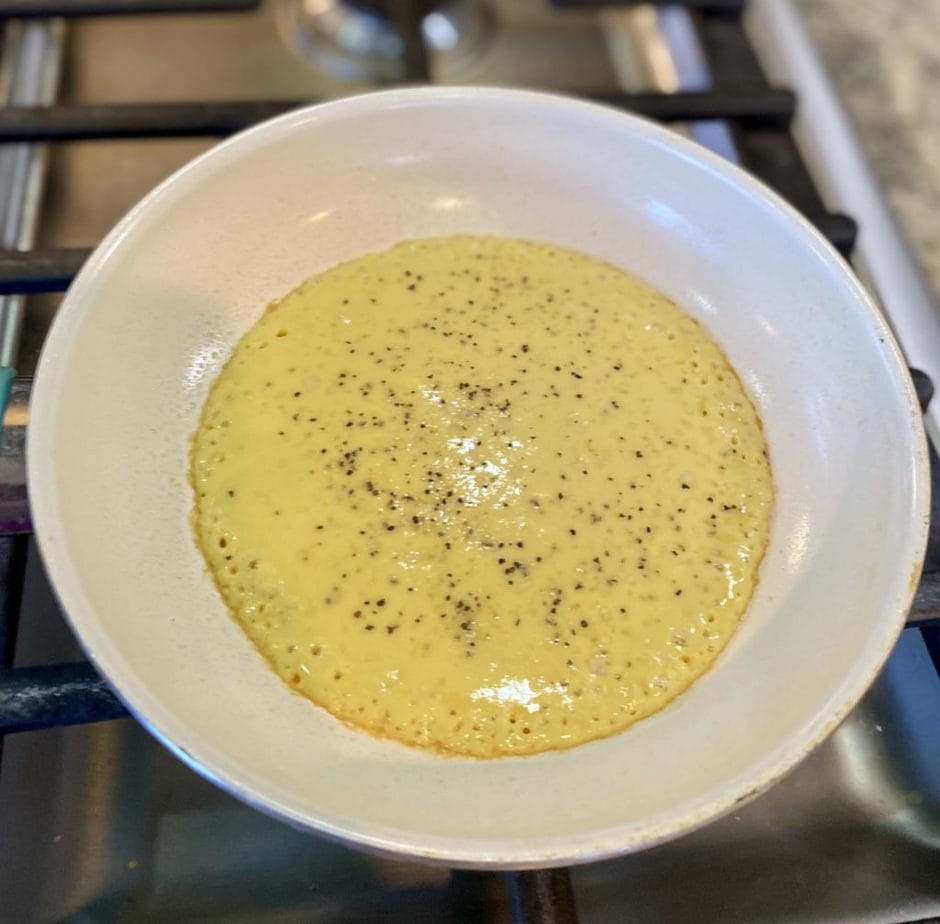 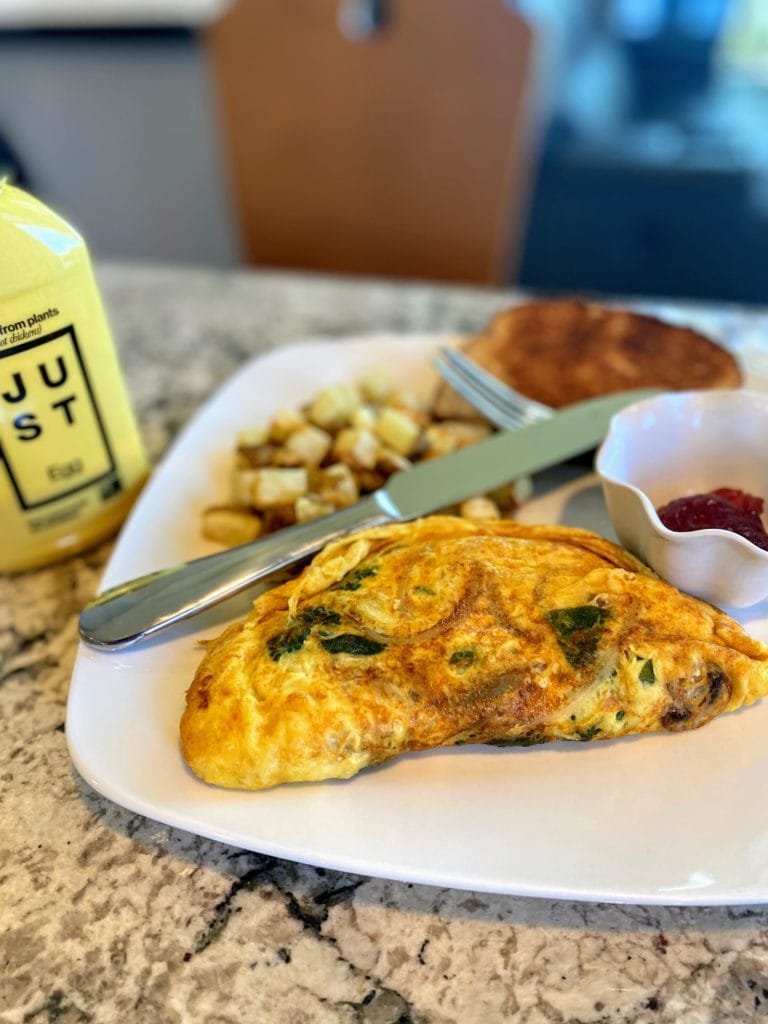 Since I am not a real egg fan, I don’t really care for JUST EGG, but with that being said, everyone in my house LOVED it. Personally, I think it is a lot like any alternative meat products that taste like meat. Although I may not love fake meat, I understand why people do.

Needless to say, the frozen folded plant eggs were much easier to cook and tasted much better in comparison to the liquid version.

One of the downfalls to Just egg liquid is it has a very limited refrigerator life once opened. Be sure to check the expiration BEFORE you buy it, so you know when you have to use it by,

The frozen pre-cooked version, on the other hand, lasts 6 months frozen.

With that being said, if you plan to use Just Egg as a quick breakfast, the frozen version is the way to go. Literally, in under 10 minutes, the breakfast sandwich with the folded plant egg product was plated and ready to eat. 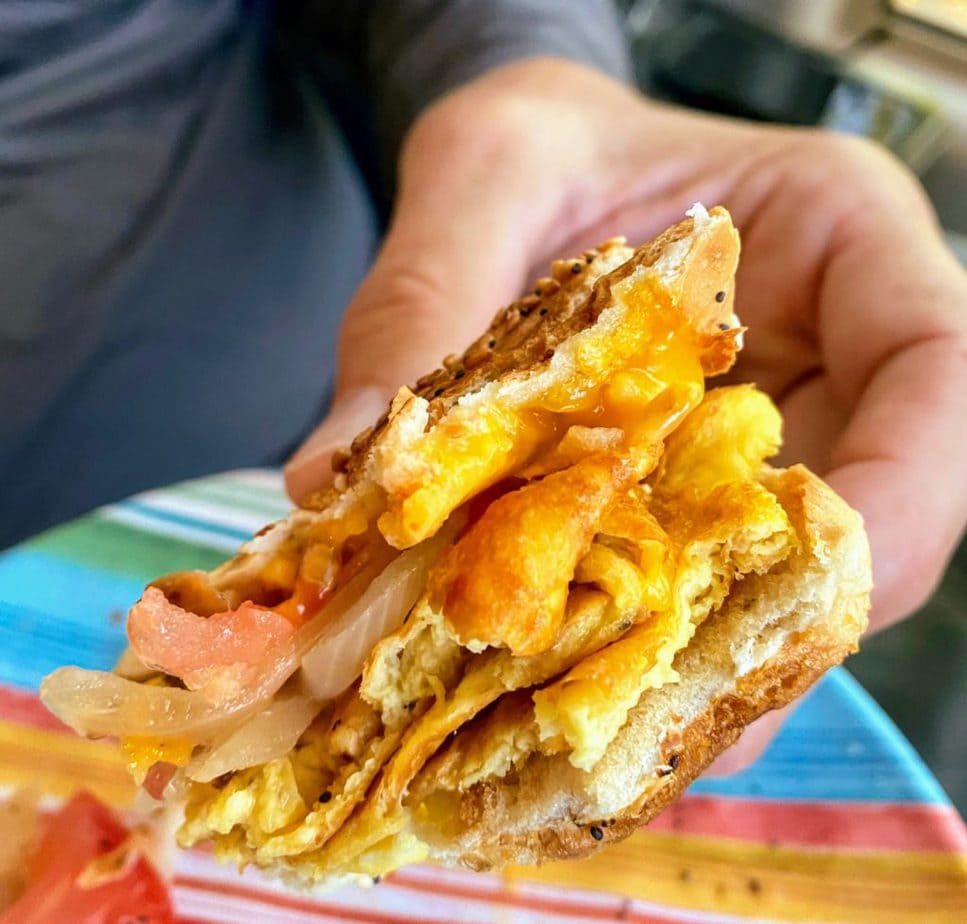 For people who want a product that is healthier than eating eggs, JUST  Egg is for you! People who are trying to eat better and transition to a vegan diet will love this product. I also think people who follow a plant-based diet for environmental reasons or animals instead of health reasons are a great product for a quick breakfast or bake.

If you are following a Whole Foods Plant-Based Diet, JUST Egg is not a whole food.  Not only does it contain oil, but it also has a few ‘red flag’ ingredients I personally choose not to eat.

If it looks like an egg and tastes like an egg, I'd say it's JUST egg. I hope you enjoyed the Just Egg review: share it with your friends.

Buy Just egg at Thrive Market and have it delivered to you!

If you want to buy JUST Egg, Thrive Market has a great price.

If you love healthy vegan breakfast, check out these recipes: