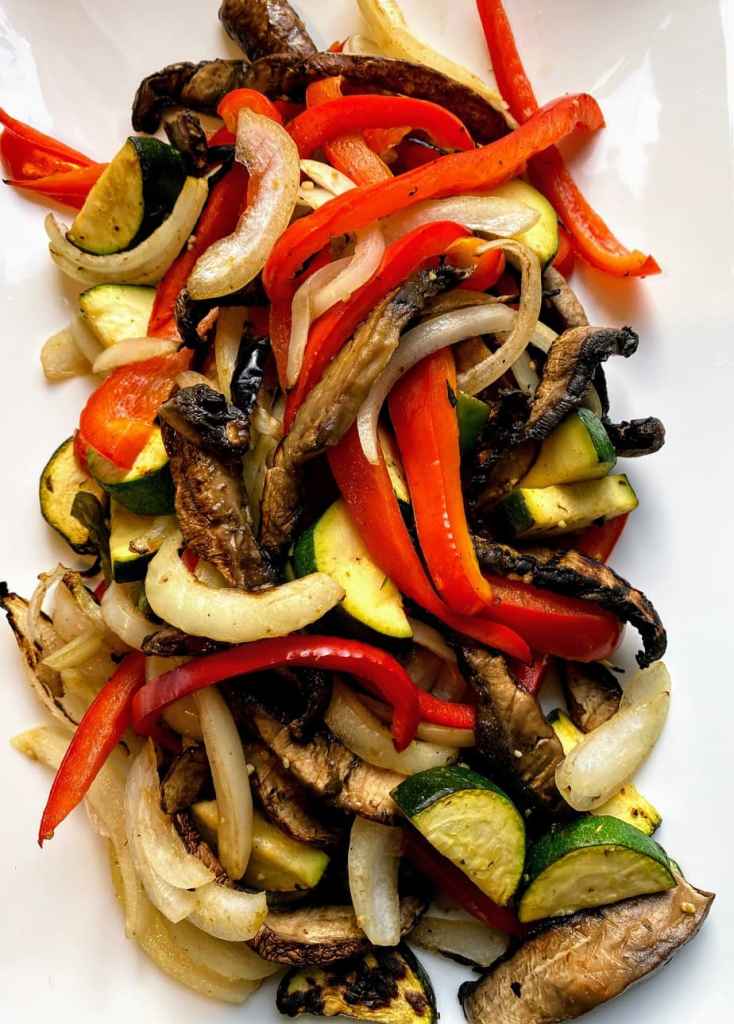 When I’m craving Mexican food, we have our favorite “go-to” vegan restaurants in town that we love. Since we live in Arizona, we are fortunate to have a lot of vegan-friendly Mexican restaurants. However, the only struggle I encounter is avoiding oil, since one of my favorite dishes is vegan fajitas. But, even when I order vegan fajitas without oil, they still come swimming in a skillet of oil.

Even though I love going out to dinner, I’ve learned the value of cooking at home to keep it clean and healthy. And, despite my desire to go out, eating at home is not only healthier, but it’s also way cheaper!

So, let’s make simple, to die for vegan fajitas at home and make it oil-free and healthy.

WHAT VEGETABLES DO YOU NEED TO MAKE EASY VEGAN FAJITAS AT HOME? 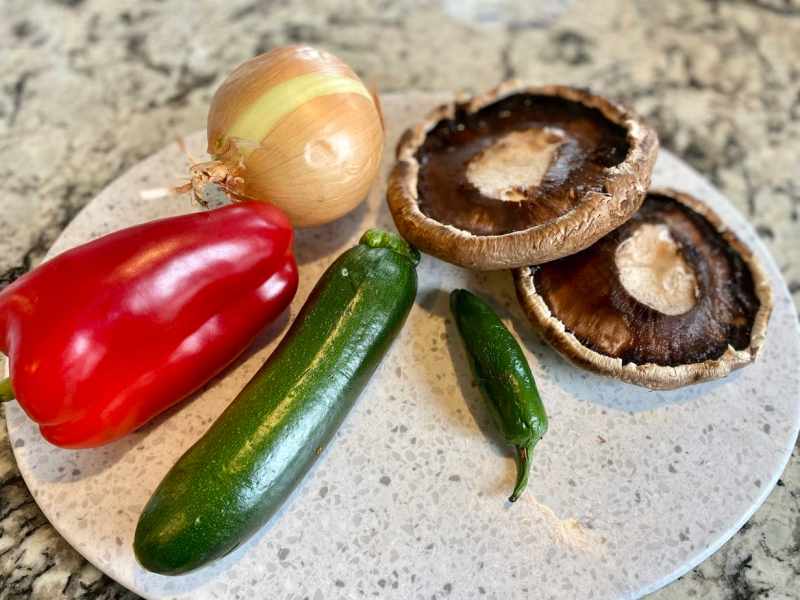 Although you can choose any vegetables to grill for vegan fajitas, I kept it consistent with one of my favorite Mexican restaurants near my house, Salt and Lime. One of the reasons I love Salt and Lime is because they have a lot of vegan options, and they serve portobello mushrooms, which I consider vegan meat.

Another reason I chose these ingredients is that they are in season, which is cost-effective as well. Because I am grilling the vegetables together, I want to make sure they are about the same size when I cut them. As a result, the vegetables will cook at the same rate without becoming soggy or overcooked.

OTHER GREAT VEGETABLES FOR VEGAN FAJITAS 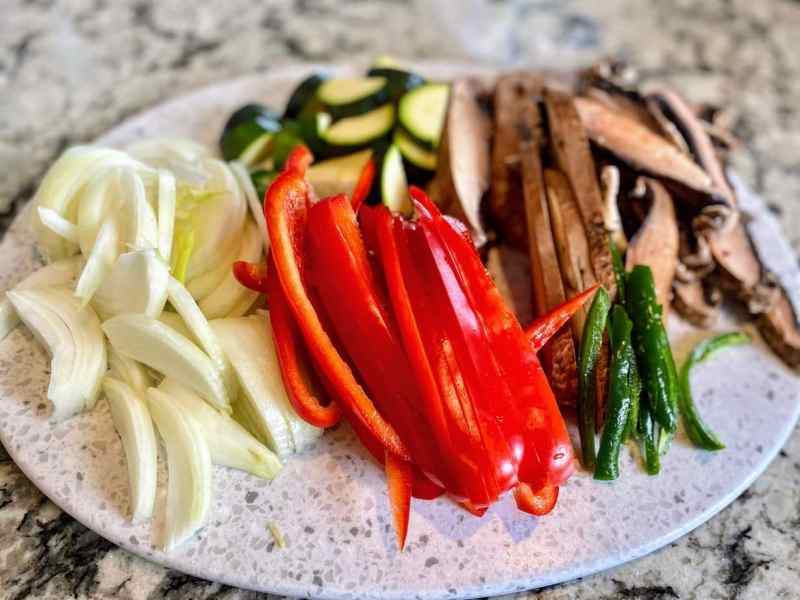 As a rule, I like to marinate pretty much everything overnight. In my opinion, marinating overnight gives the vegetable time to absorb the flavors of the marinade, making them perfect for grilling without oil.

Once the three magic ingredients are mixed together, simply pour over the raw chopped vegetables, cover it and shake it all about. Then, refrigerate overnight, or as long as you can wait. 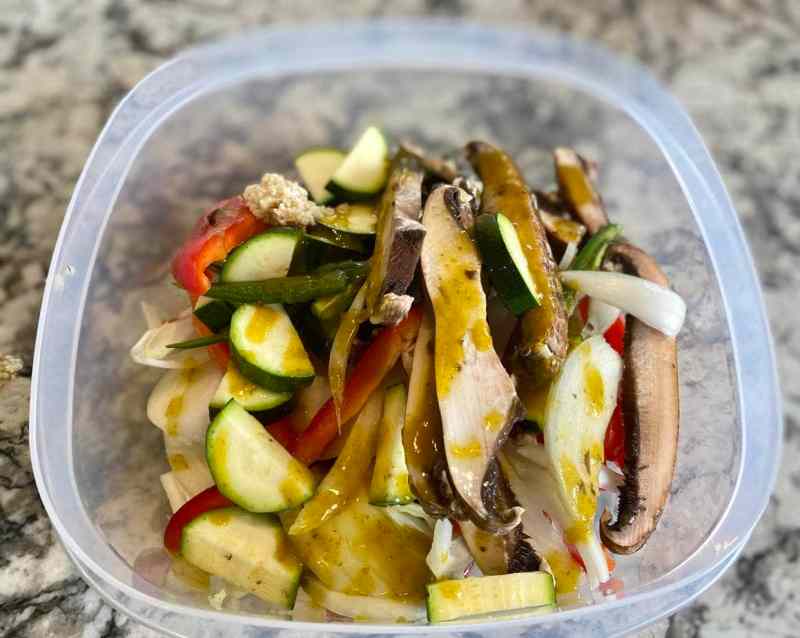 GRILLING VEGAN FAJITAS ON A GAS OR CHARCOAL GRILL 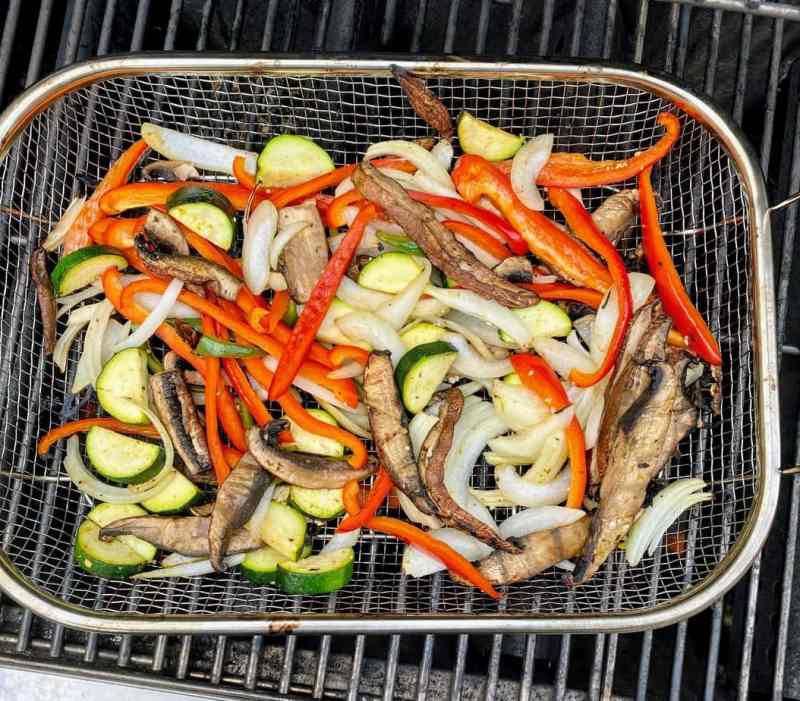 WHAT TOPPINGS SHOULD I USE FOR VEGAN FAJITAS? 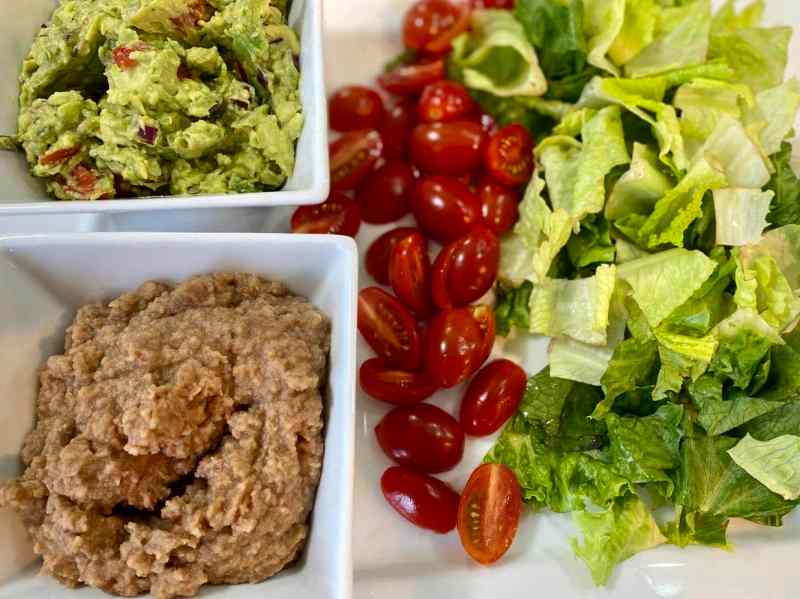 Since we are keeping it healthy and vegan, I skipped the traditional cheese (not even vegan), nor did we have Skinny Girl Vegan Sour Cream. But feel free to use vegan cheese, sour cream, or your favorite fajitas toppings. My favorite restaurant also serves rice, but since we were having tortillas, I skipped the rice as well.

I did, however, make homemade guacamole. In order to take a short cut, you can buy guacamole already made; just make sure it doesn’t contain dairy, as some brands do. Also, I cut up tomatoes and Romaine lettuce and heated up some vegan refried beans to serve as well.

OTHER SUGGESTED TOPPING FOR VEGAN FAITAS

And, when it was all said and done, there wasn’t a morsel of anything left on the platters. 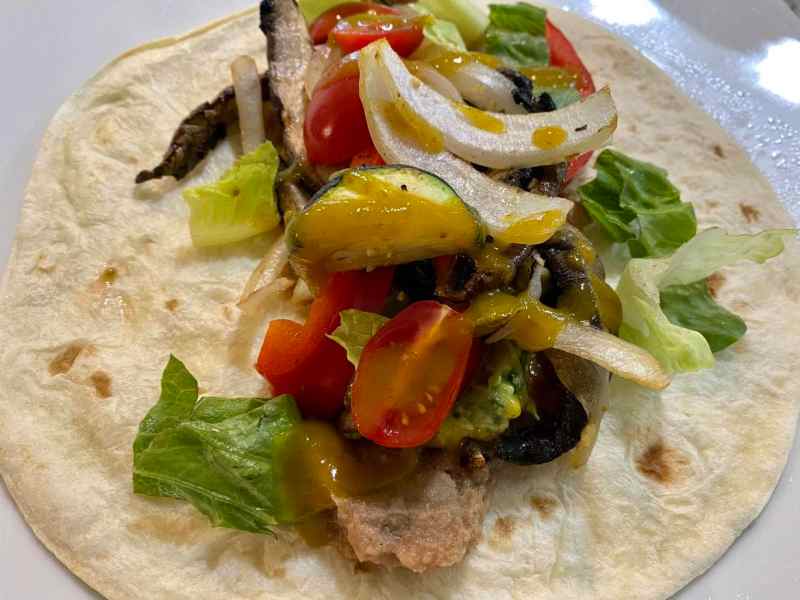 IF YOU LOVE MEXICAN FOOD AS MUCH AS ME, KEEP IT HEALTHY AND TRY THESE RECIPES

Grilled vegan fajitas have an incredible smoky taste and are so easy to make, you won't want to ever eat them away from home again.