Despite trying many store-bought vegan sour creams and throwing them away, I decided to make a recipe I found online. Unfortunately, I couldn't find one my family liked that tasted close to the "real deal."

After playing with several different recipes and watching my kids and husband make faces, I apparently "nailed it."

First and foremost, I always suggest you taste as you go. NEVER add spice or seasoning quickly.  Everyone has different taste buds, so just because I think it's seasoned perfectly doesn't mean you will think so.

The benefits of raw cashews

The magic component of vegan sour cream is raw cashews.

According to Healthline, cashews are rich in a range of nutrients. One ounce (28 grams) of unroasted, unsalted cashews provides you with:

Besides, cashews contain a significant amount of copper, a mineral essential for energy production, healthy brain development, and a strong immune system. They’re also a great source of magnesium and manganese, nutrients important for bone health

As I said before, I like more salt (typically 1 teaspoon in this recipe, but start with a ½ teaspoon and taste as you go). You don't need a $500.00 blender to make delicious sour cream, dips, and sauces. In fact, I recommend using a Nutribullet, which is very affordable and effective.

Since homemade sour cream only lasts up to 5 days in the refrigerator, I consider how to use it in my weekly recipes every time I make a batch.

For instance, this week, I planned a few of my favorite recipes to add vegan sour cream.

And, I even add a little Sriracha to make a spicy, sour cream for my favorite ultimate vegan lentil black bean burrito ever!

And, let's not forget sour cream on top of vegan lentil tacos!

Without a doubt, sour cream is essential for my crunch wrap supreme recipe

What is a vegan substitute for sour cream?

Plant-based sour cream typically lasts up to 1 week in the fridge. Make sure to keep it in an airtight jar or container.

Why use raw cashews instead of roasted cashews?

Once you taste this sour cream recipe, you will be in love forever!

Other Suggested Vegan Dressings and Dips

If you love this plant-based sour cream recipe, give a 5-star review and comment below. We would love to hear from you! 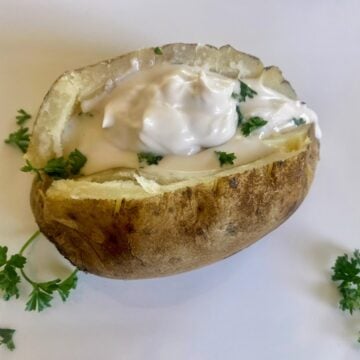