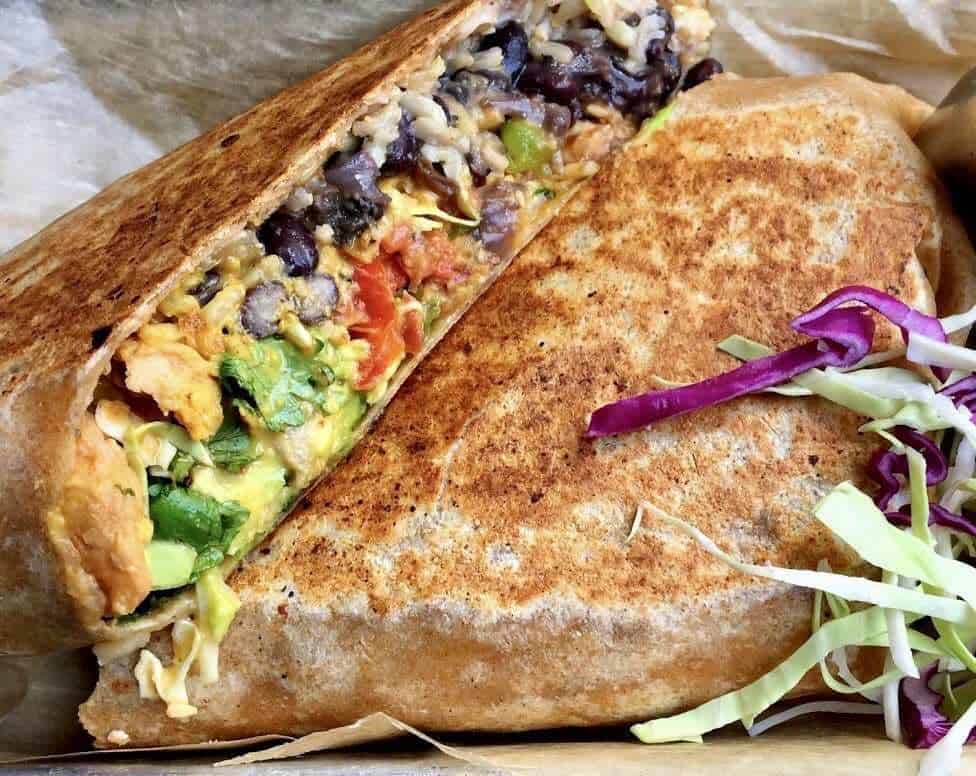 When craving a Crunchwrap Supreme, I don't go to Taco Bell; I stay home. So I can proudly say my vegan crunchwrap supreme is way better.

Of course, I had to go to Taco Bell to figure out what was inside and how they double wrapped their creation. I was grossed out. Taco Bell's Crunchwrap Supreme recipe is a cross between their Tostado and a Burrito Supreme.

I skipped the meat altogether, and I veganized it. Also, Taco Bells' Crunchwrap Supreme was greasy on the inside, outside, and upside down 🙂

How to make a vegan crunch wrap supreme

First, choose your favorite burrito ingredients, large and small tortillas, and large burrito-sized tortillas. Although Taco Bell uses a fried tostada inside, I skip that part, use two tortillas, and fill my crunchwrap supreme with vegan goodness.

However, it did taste just as good, but it was smashed and not easy to eat. As a result, the skillet is a much better way to go.

Because I have a big family and like to eat together, I use four skillets simultaneously. Then, we can all eat together. And, if you fold your vegetarian crunchwrap tight enough, the pans don't even get dirty 🙂

How to fold the vegan crunch wrap supreme

Since Taco Bell claims their Crunchwrap Supreme is easy to eat on the go, the vegan version also travels well. For that reason, it's all in the way you fold your tortilla. So, focus on the center of the tortilla where the veggies are located, and then fold the tortilla around the center ingredients.

To make it easier to fold, warm the tortilla for a few seconds in the microwave to make it softer and easier to bend.

First, lay the tortilla on a flat surface, and add your filling to the center. 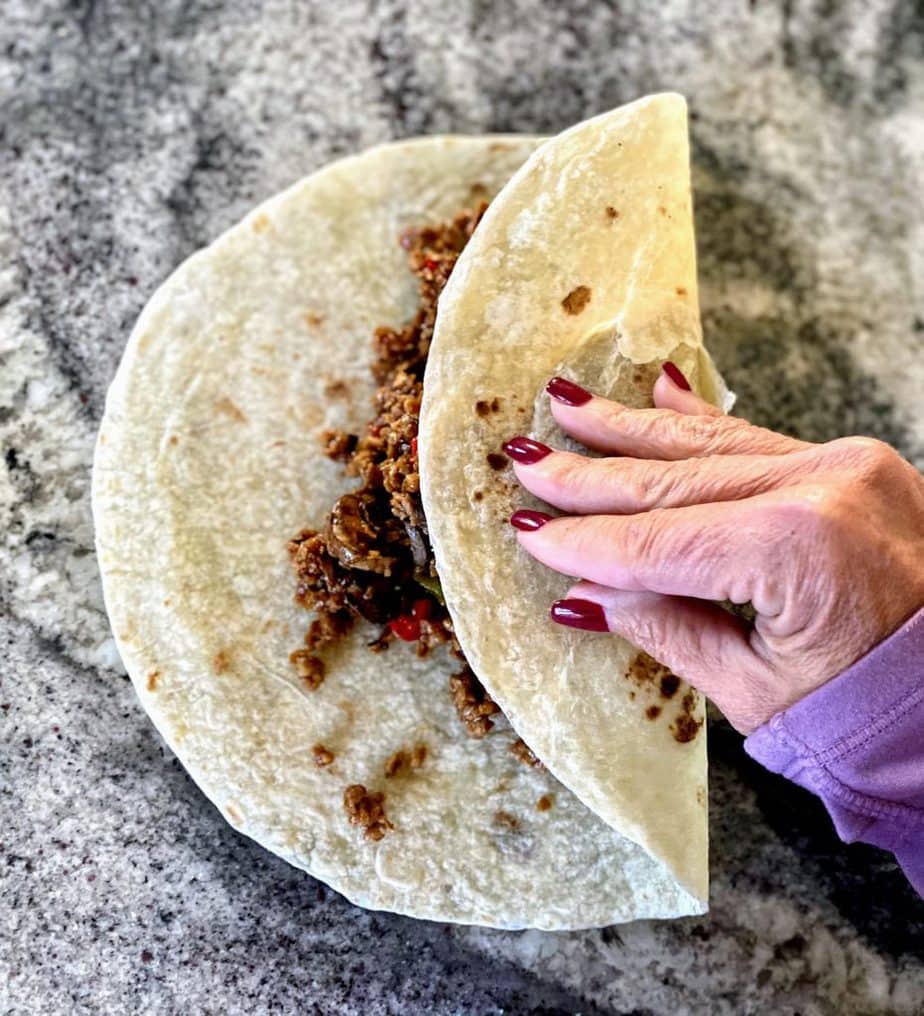 Next, hold the first fold, and continue around the circumference of the tortilla, folding the corners as you go. 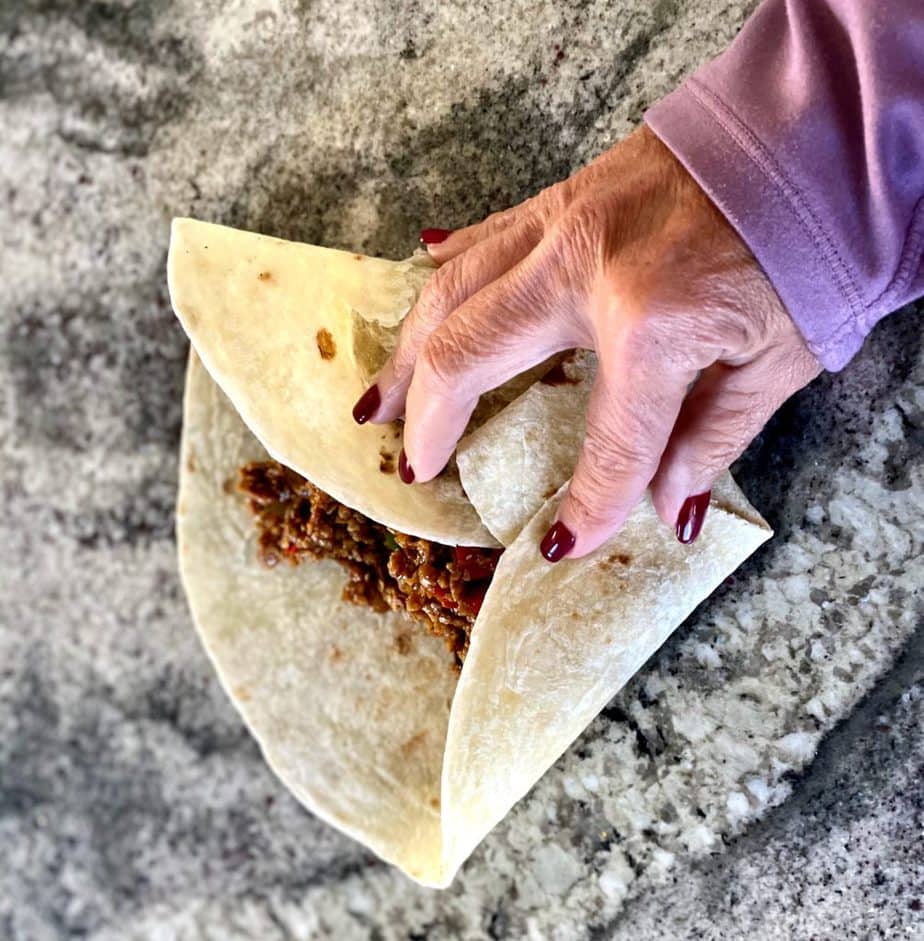 How to cook the crunchwrap supreme

Once the tortilla is folded all the way around, place it seam side down in a non-stick pan. You do not need any oil or cooking spray as an added note. However, the non-stick pan will brown the Crunchwrap all without any oil. 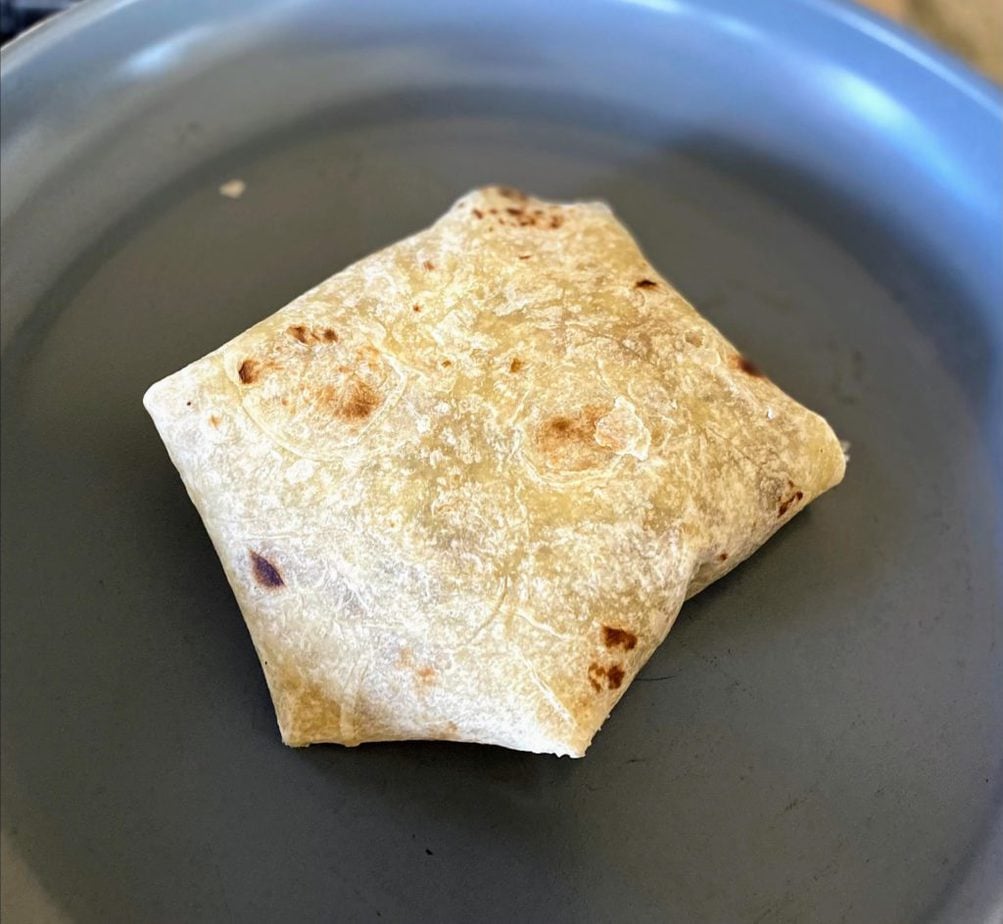 Again, it is essential to note that the seam (bottom side of the crunchwrap) should be brown before flipping.

As a result, the seam will seal, and the crunchwrap will stay together. 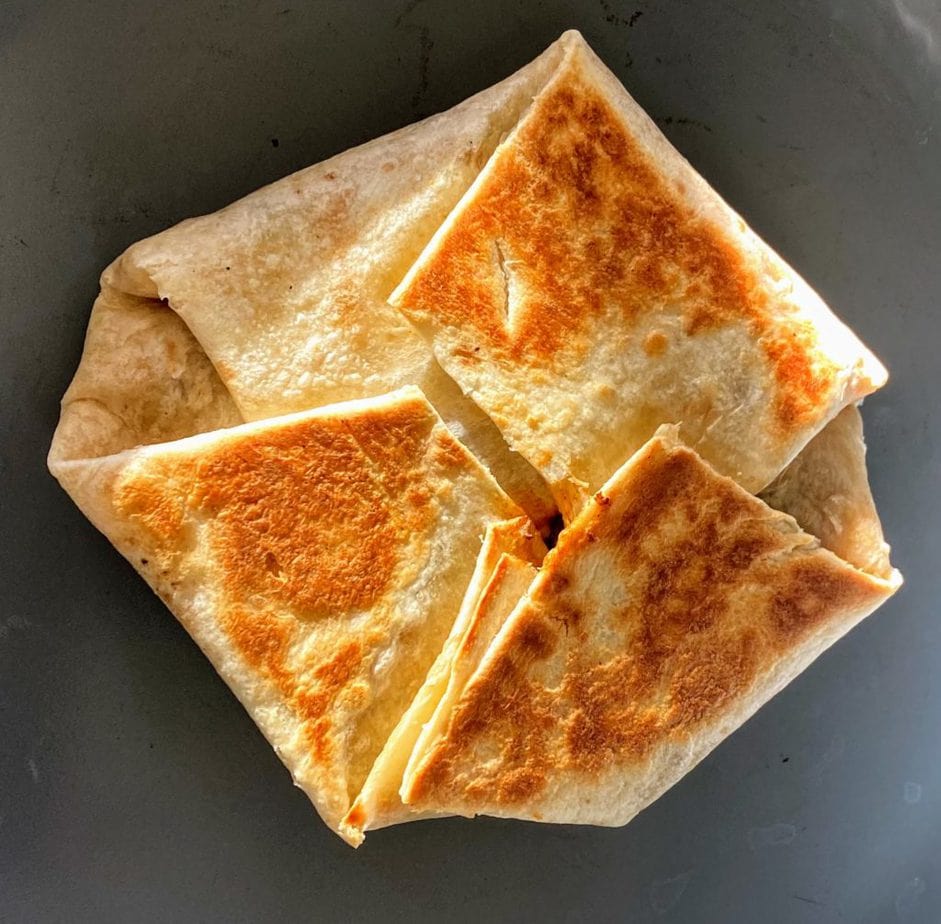 If you love your air fryer like I do, air-fry the crunch wrap in minutes!

How to avoid a soggy vegan crunchwrap supreme

I layer my ingredients with the wet ingredients in the middle to prevent sogginess. In other words, use dry on the outside and wet on the inside of the layers.

For example, start with the brown rice as the base, which will act like a sogginess barrier for the other ingredients. Then, layer veggies, and the cheese sauce should end up in the middle.

For this Crunchwrap recipe, I used my Nacho "Cheese" Sauce leftover from last night's dinner. If you think ahead, you can use multiple recipes for different dishes.

That way, you avoid any soggy bread. So with that in mind, a skinny vegetarian crunch wrap isn't crunchy if it's soggy. 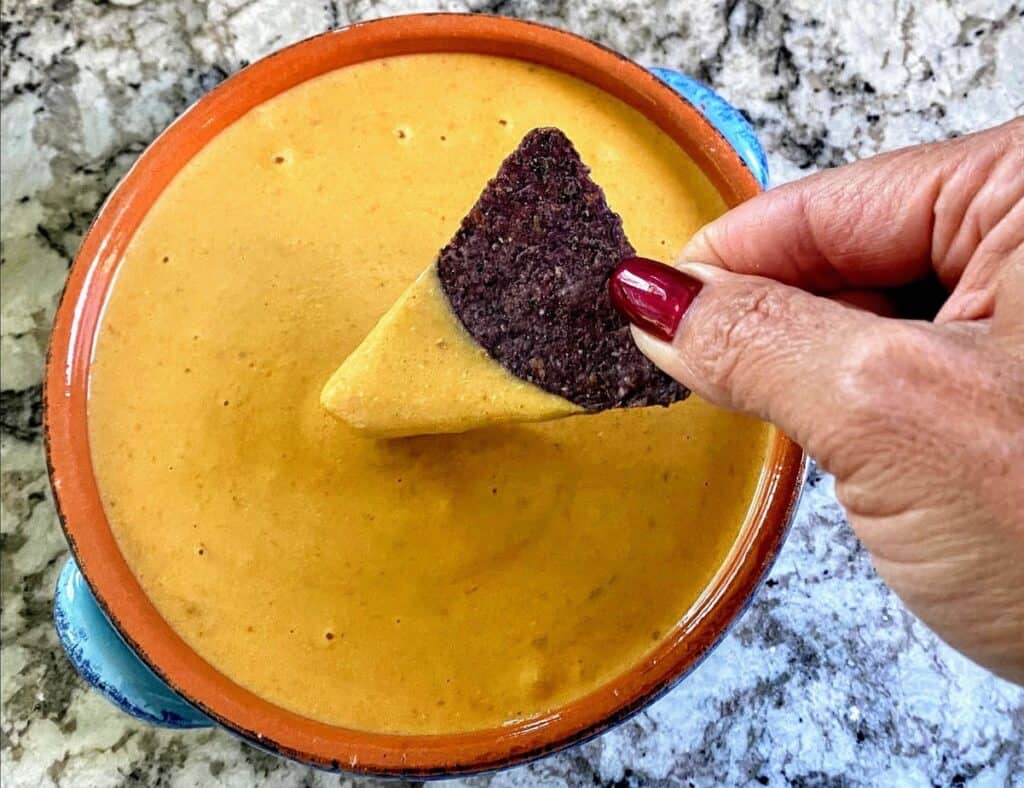 Other suggestions for making the crunch wrap unique

If you are an alternative meat fan, adding some BOCCA or Beyond Meat taco meat adds another level of yum. Furthermore, I make my Vegan Sour Cream because what's Mexican food without a little sour cream goodness?

Next, vegan storebought cheese will work if you don't want to make your own Nacho "Cheese" Sauce. I prefer to use Follow Your Heart slices in a pinch, not the shreds. For some reason, the sliced cheese melts and tastes better than the shredded cheese. Violife shreds are also a good choice.

As a rule, I also like fresh Pico de Gallo, but again, your favorite storebought salsa works just as well. Of course, everyone has their favorite beans and veggies. Even though I used black beans, pinto beans are a great replacement. 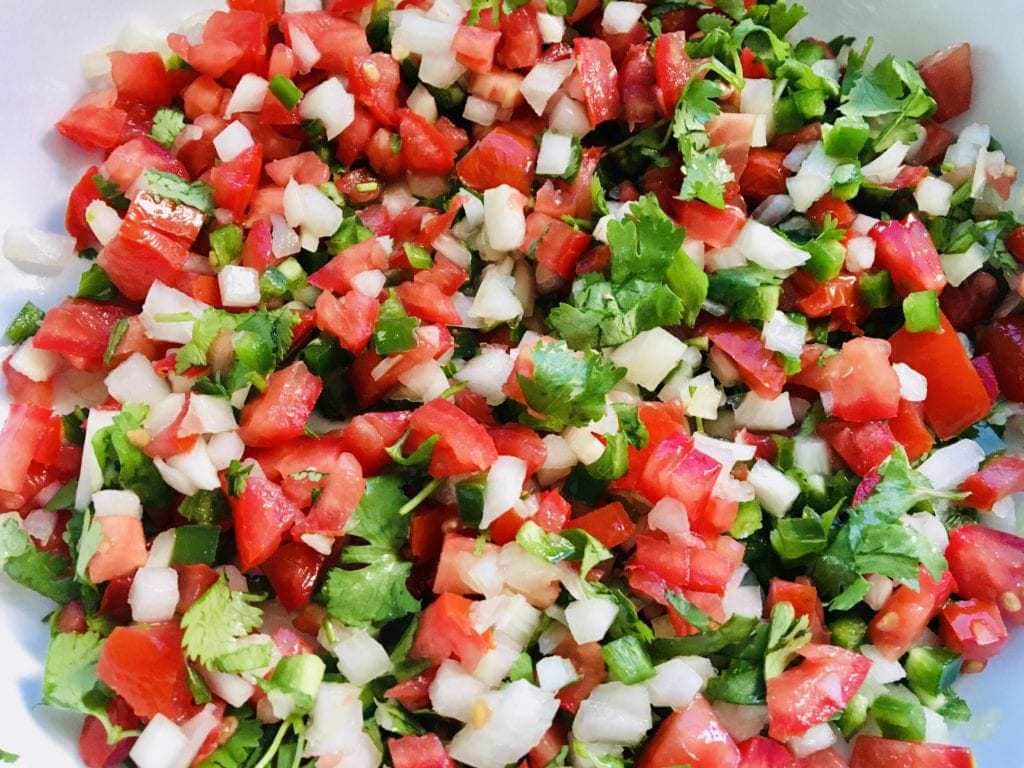 So, personalizing your Crunchwrap supreme recipe is essential!

If you love healthy vegan Mexican food, try these recipes!

If you want to share your recipes and learn from others, join our Facebook page Vegan and Plant-Based Recipe Sharing with Kathy's Vegan Kitchen. 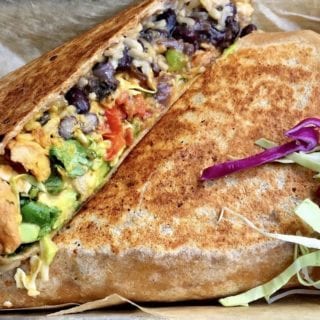