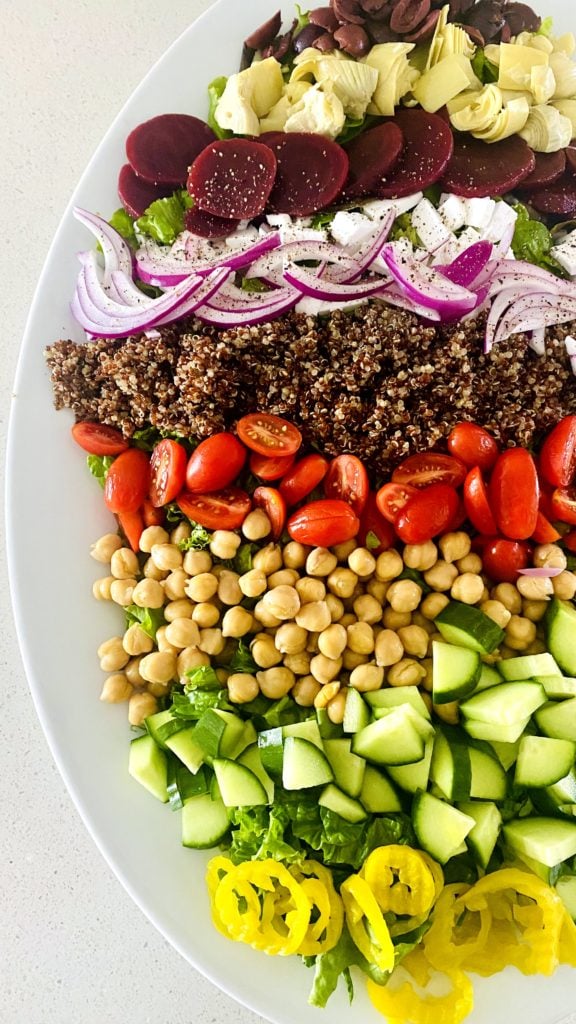 As we all know, we need to get our greens—the more nutrient-dense, the better.

So, I try to eat at least one large salad a day, sometimes more. But, regardless of the salad ingredients, the struggle is always the dressing. 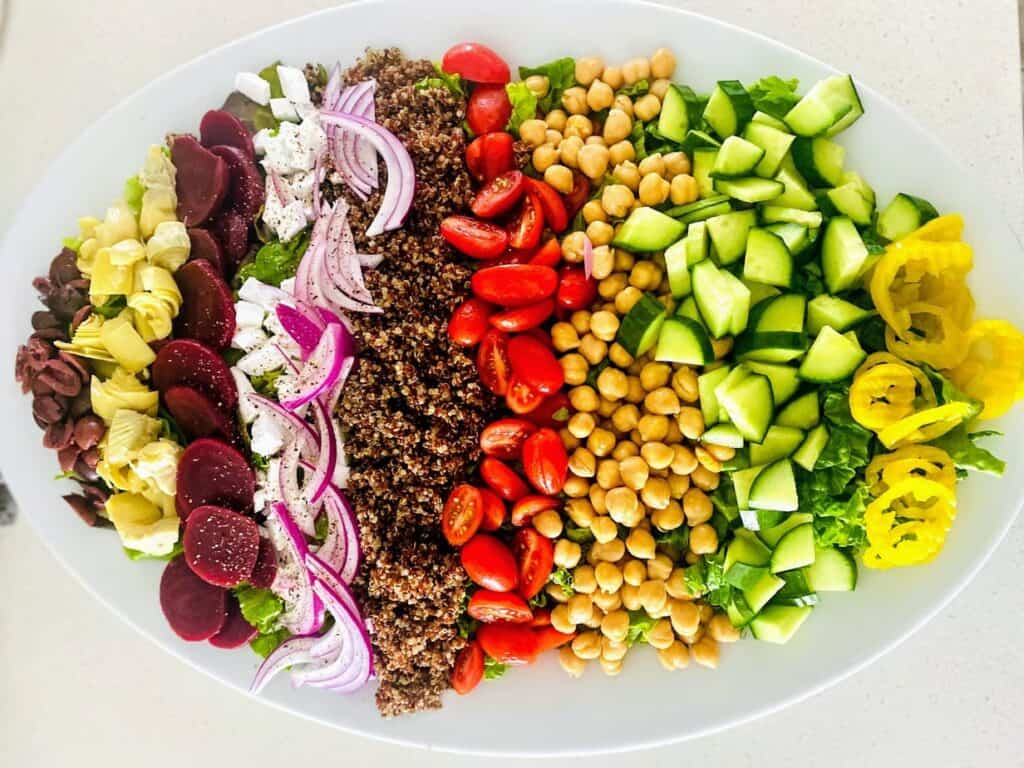 For instance, typical greek salad dressing is half the oil, which defeats eating a salad.

In fact, the quinoa Greek salad recipe with vegan Greek salad dressing tastes so similar to a Greek salad; you will be surprised. Because of the texture of the quinoa, the vegan greek salad absorbs the flavors of the dressing.

Vegan Greek dressing, however, is a game-changer. And, if I don't say so myself, this is the BEST oil-free dressing I have ever made. Not only is it oil-free, but it is also fabulous if I do say so myself. 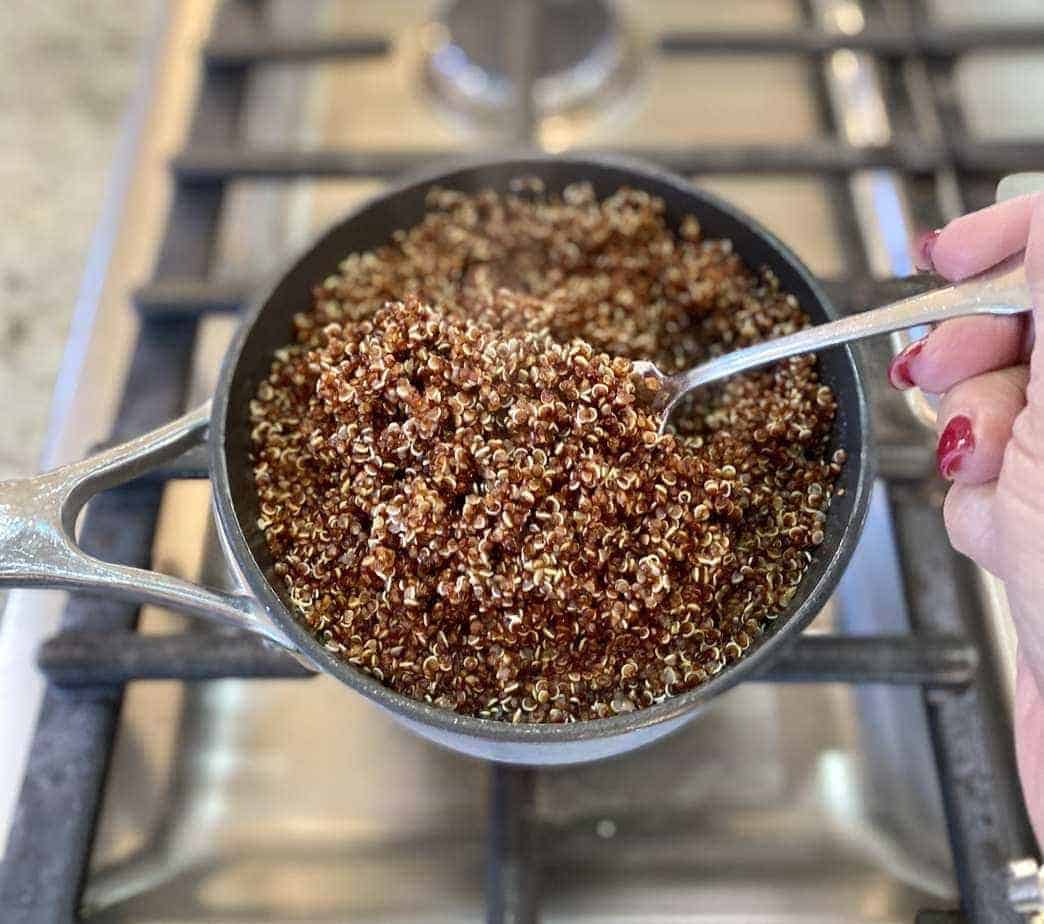 I often cook the quinoa and brown rice on Sundays to use them during the week in recipes I plan.  Today, for instance, I chose to use the red quinoa I prepared for my quinoa Greek salad.

Quinoa is one of the simplest grains to cook and takes under 15 minutes to prepare.

Should quinoa be rinsed before cooking? 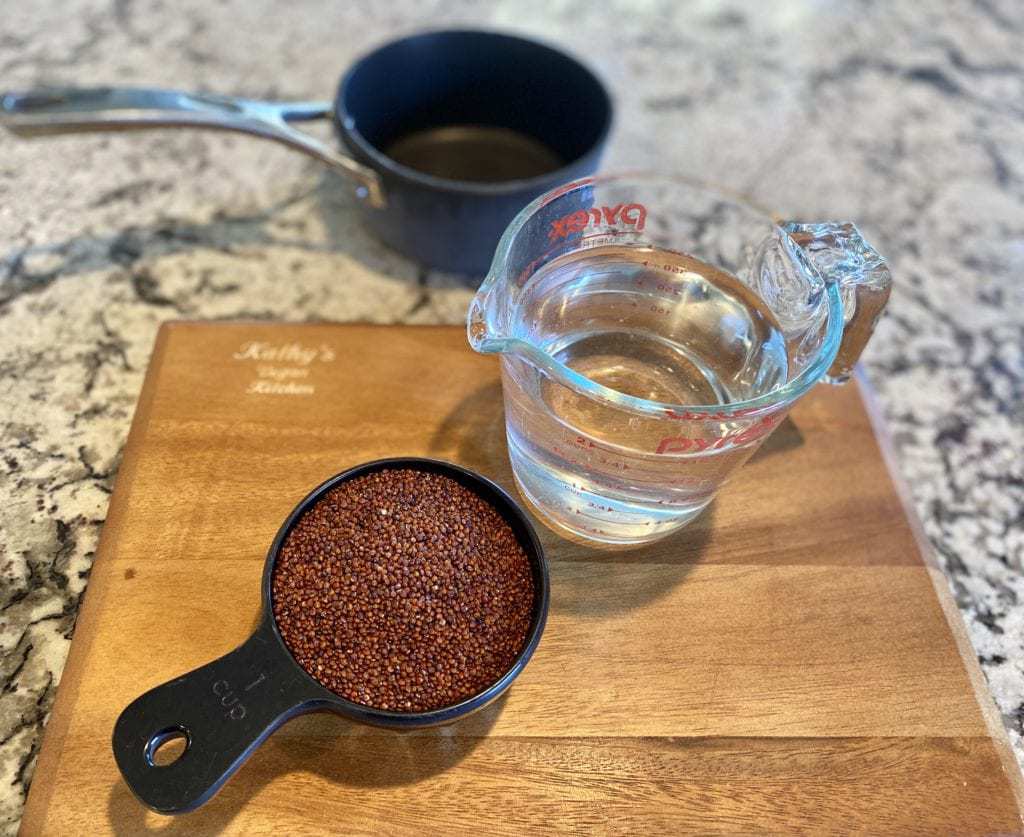 In the past, quinoa was coated with a bitter-tasting compound that needed to be washed. Some people, for example, say it tastes soapy. But, today's quinoa does not require rinsing. As a rule, though, I still rinse my quinoa in a mesh strainer to remove any debris in the bag. Also, I cook with organic quinoa to avoid any pesticides as well.

The secret to cooking the perfect quinoa every time.

First, as mentioned previously, I always rinse my quinoa in a mesh strainer. Then, you want to make sure to add the quinoa and COLD water to the pan BEFORE you begin cooking.

Furthermore, adding the quinoa gives the salad texture and absorbs the dressing. Obviously, feta isn't in the salad, yet it tastes like it is with the quinoa.

However, if you love feta cheese, I make great tofu feta cheese for those who enjoy a little tofu. 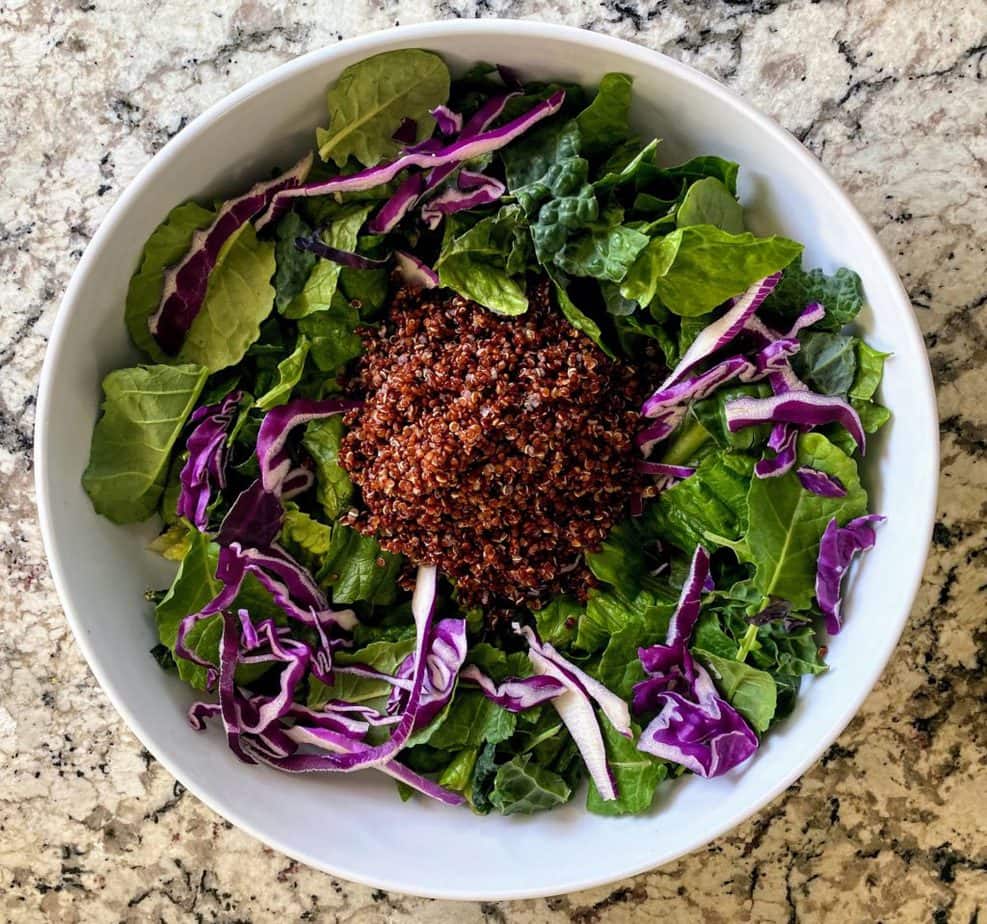 Once the quinoa is cool, I add it to the center of the bowl and surround it with Romaine lettuce ( or greens of choice)and red cabbage.

Then, add all the other ingredients on top of and around the quinoa. Please do not dress the salad until ready to serve, but make sure you toss it well so the quinoa absorbs all the yummy dressing. 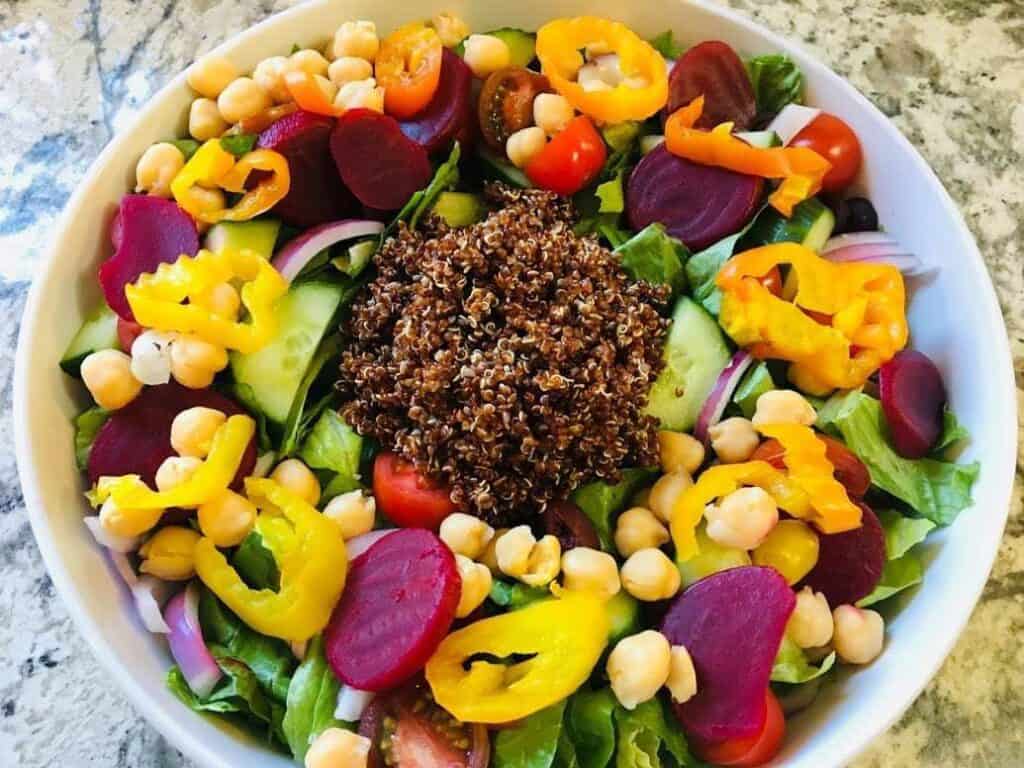 And, then dig in!

Where can I buy vegan feta cheese?

If you love salad, try these healthy salad recipes:

Is Greek Dressing vegan? Where can I buy vegan feta cheese?  What do banana or mild peppers taste like?