Recently, our kids decided to all go camping, but they needed a little help with what to eat. Vegan food for camping, although some think is impossible, is actually easy.  I don’t really know if the kids needed advice, or they wanted me to cook for them. Even though, I know the real answer to my question, I enjoyed helping the kids plan and cook for their outing.

Regardless of the destination, premade food is the easiest to heat up when camping. Of course, grilling is also a great option, but planning ahead of time makes cooking in the woods much easier.

So, I started with breakfast. To make it easier, I suggested preparing Southwest Tofu Scramble, Potato Hash, fruit, and bagels with Skinny Vegan Cream Cheese. Since I know of an oil-free baker close to home, I grabbed a couple of dozen bagels, and I made some Carrot Lox and some veggies for the bagels. Although carrot lox may be a little fancy, I love it, so I taught them how to make it. 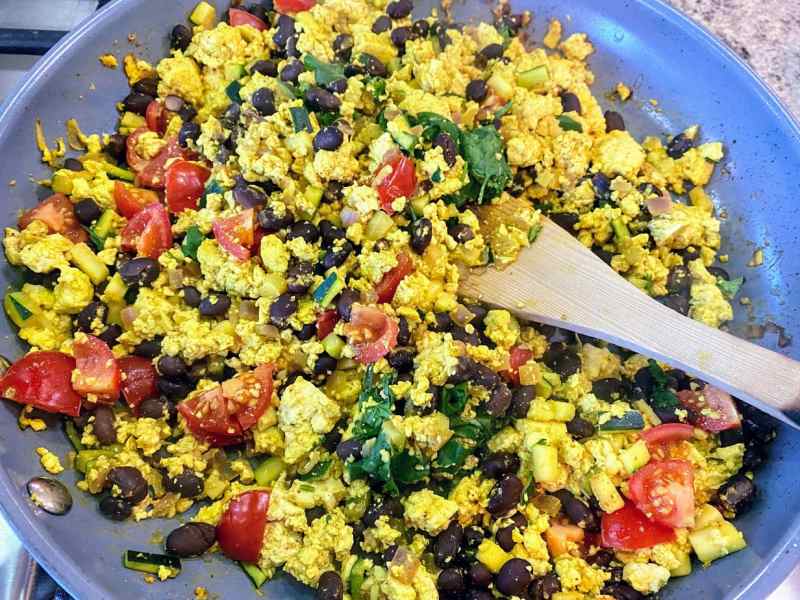 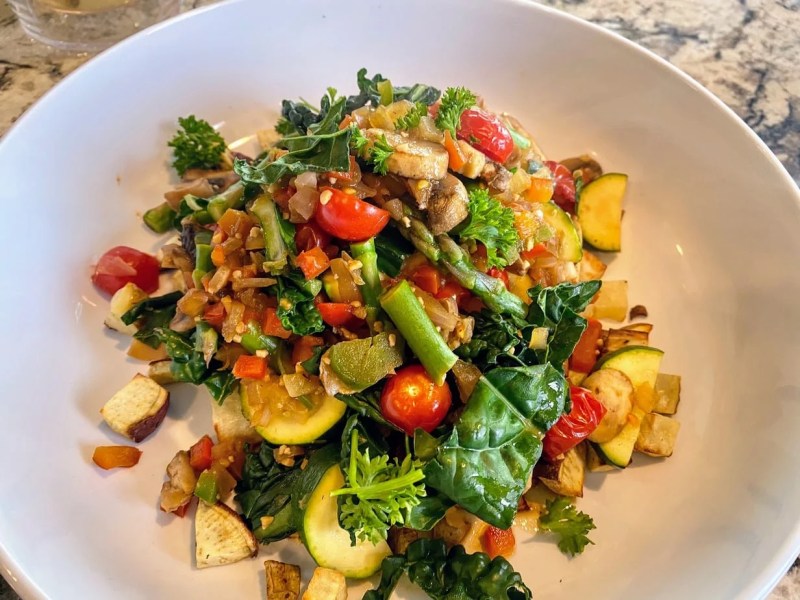 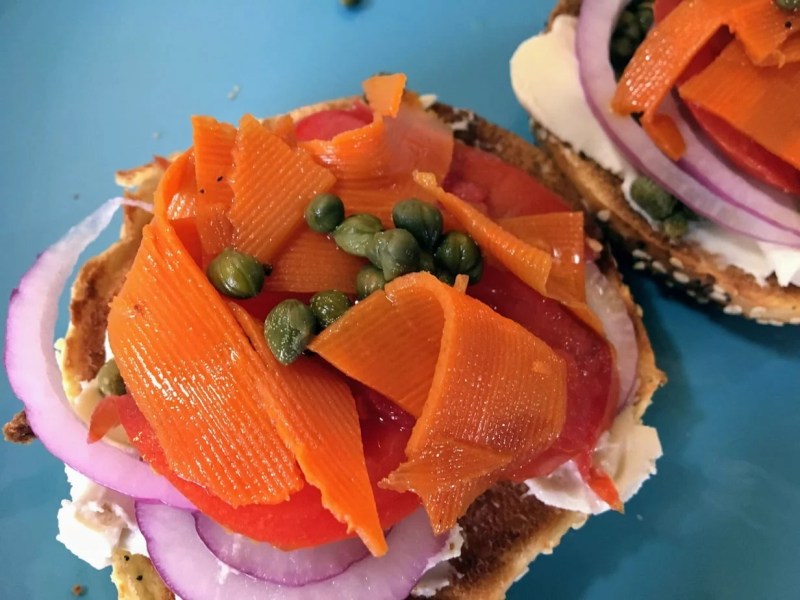 For lunches, I suggested pre-made Vegan Chicken Salad, Chickpea Tuna Salad, and Oil-Free Hummus and Tabbouleh Wrap. First, we made the salads and then I packed oil-free wraps and some extra vegetables such as tomatoes, onions, and lettuce to add to the wraps or use to make Vegetable Sandwiches. 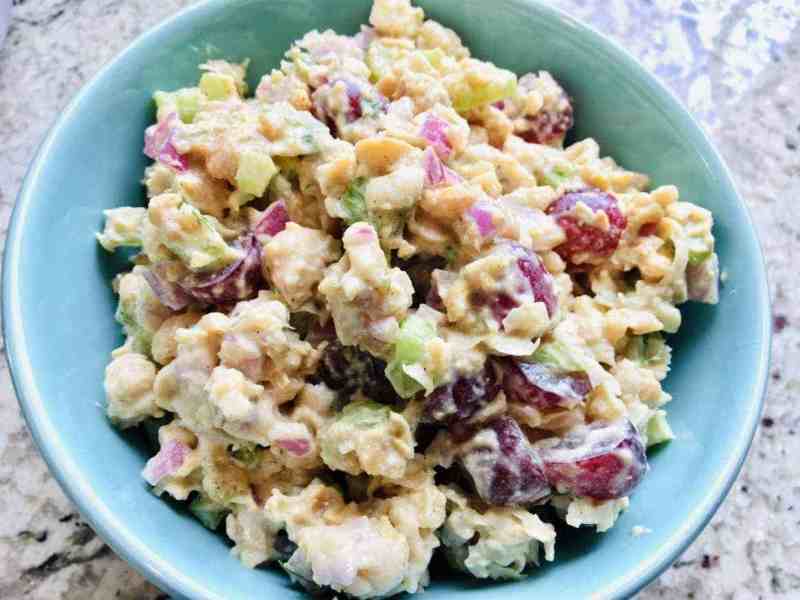 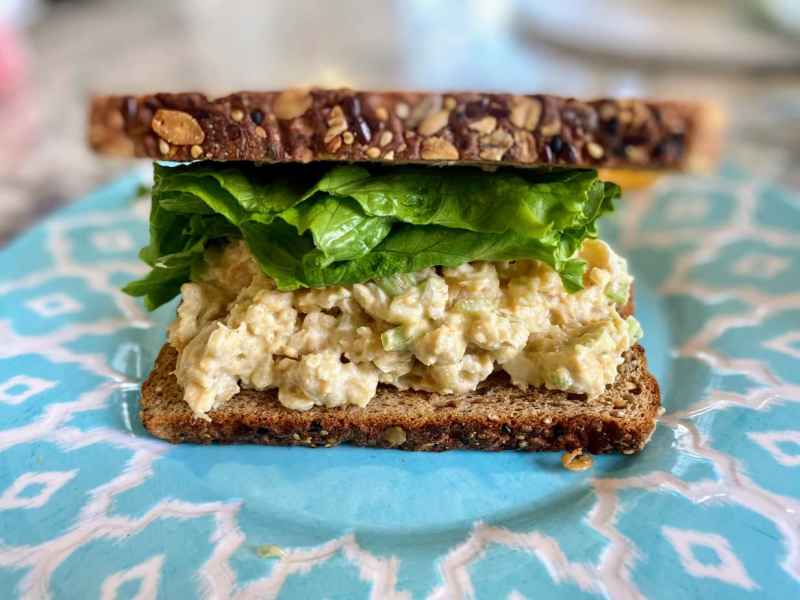 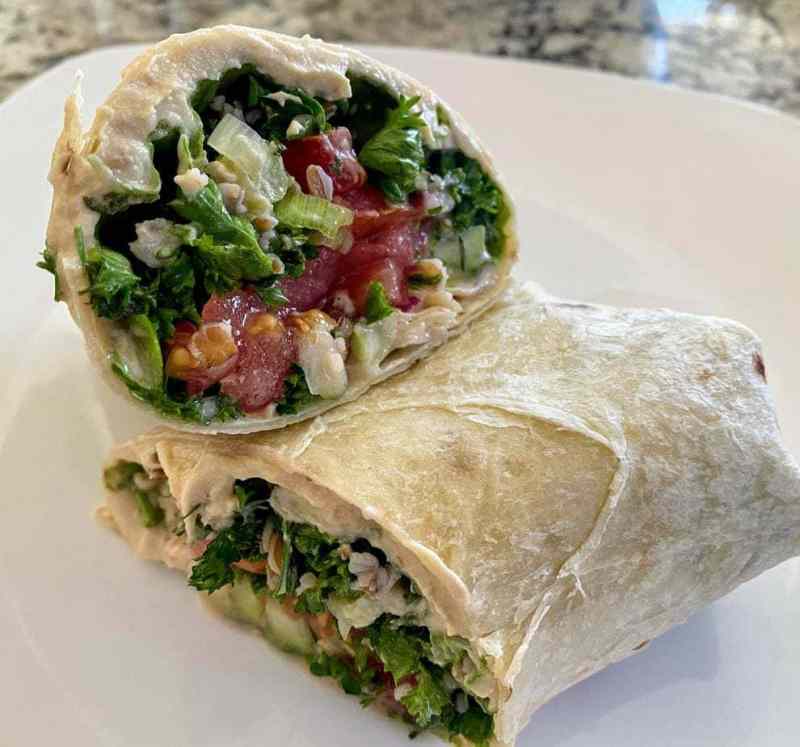 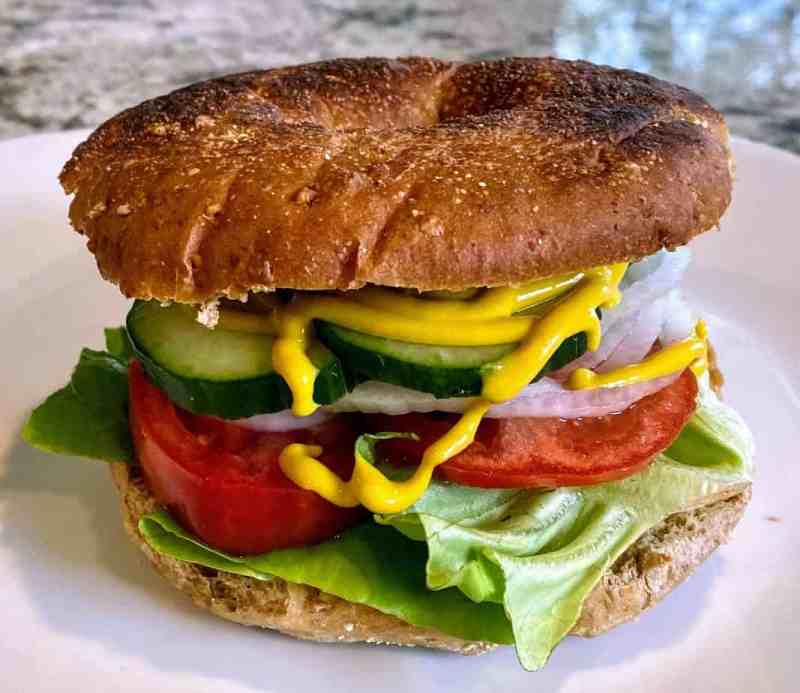 Since the kids planned to grill, the dinner suggestions I made were easy to pack and even easier to grill. For instance, we pre-made Vegan Coney Chili Sauce for veggie dogs. And then, the kids wanted Grilled Portobello Mushroom Burgers instead of veggie burgers, which surprised me. Next, we marinated tempeh for two different dishes: Tempeh Grilled and Tempeh Kabobs. Camping, however, is not complete without Vegan Sloppy Joes! 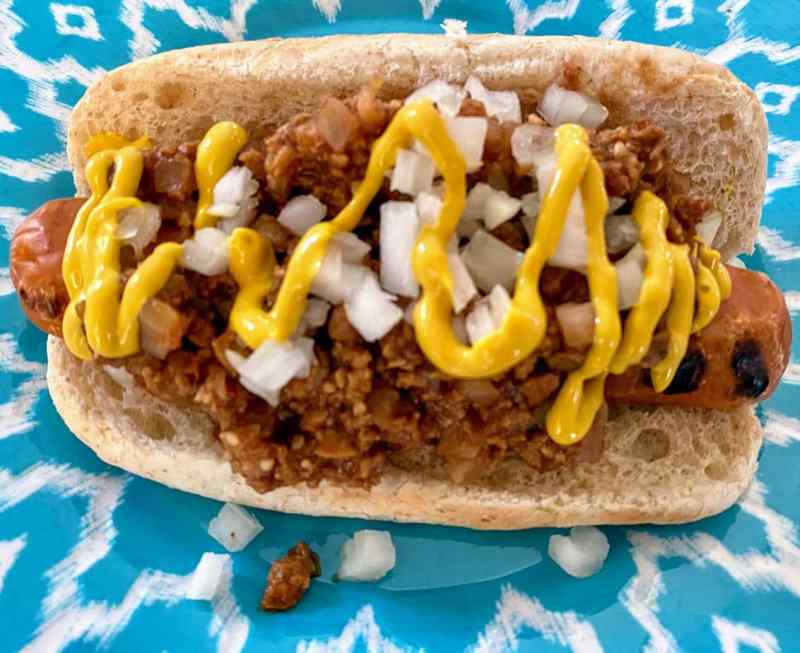 Carrot dogs or your favorite veggie dogs work well for this vegan chili sauce recipe, which can be made ahead of time and reheated quickly. 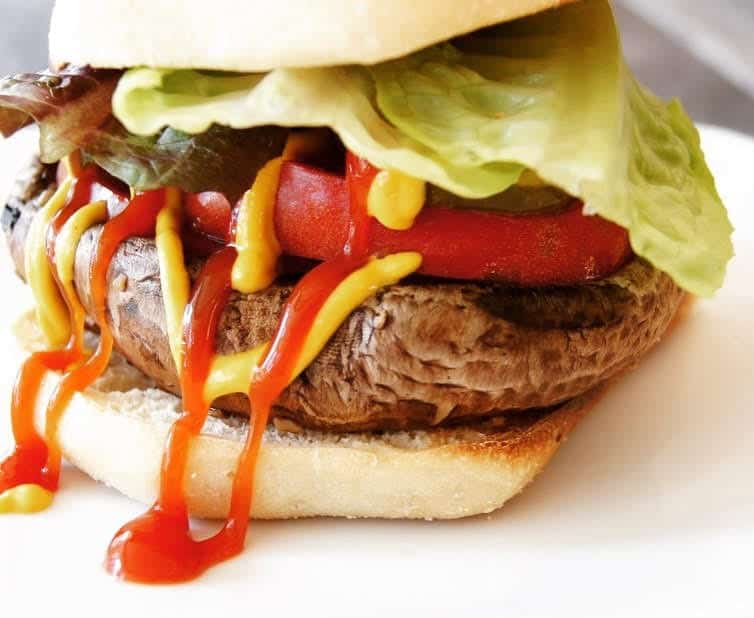 Grilled portobello mushroom burgers, can also be marinated and prepped in advance until ready to grill. 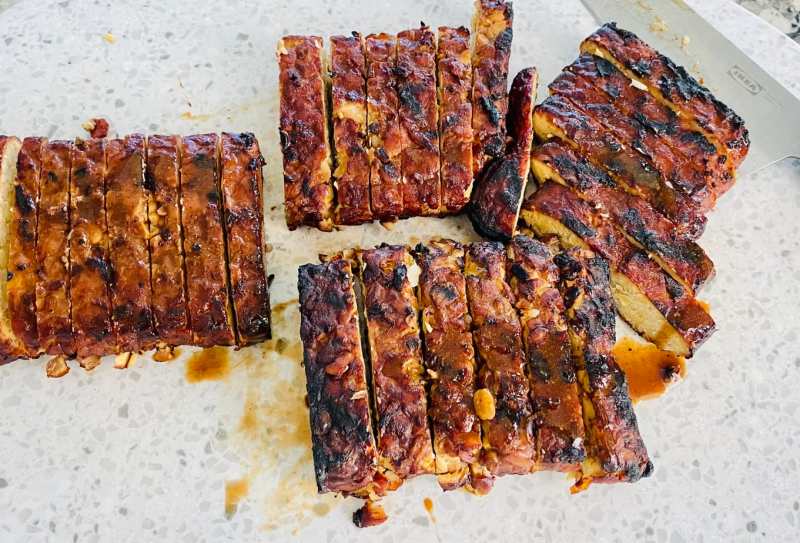 Marinating temepeh, for example, can be done in advanace, and grilled like steaks in minutes. 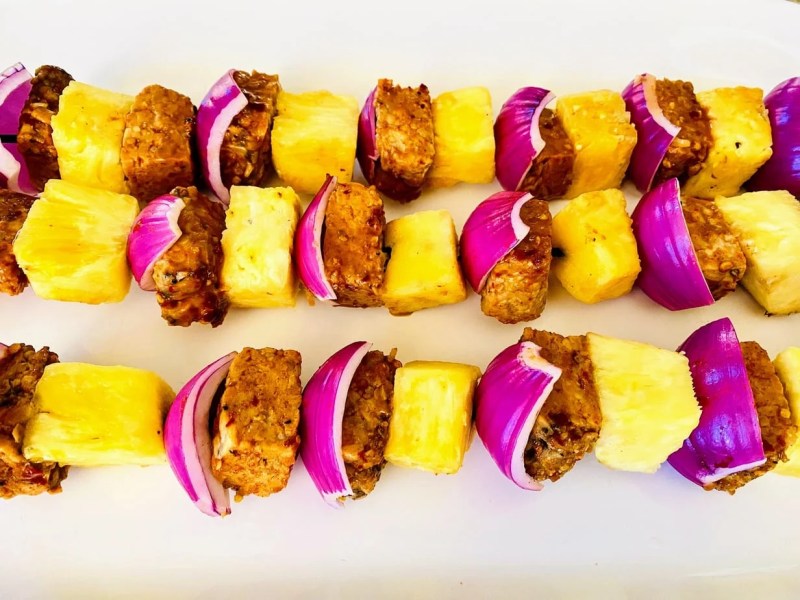 In order to pack tempeh kabobs for camping, I cut and marinated the tempeh, and cutting the pineapple and red onions beforehand and packing separately. 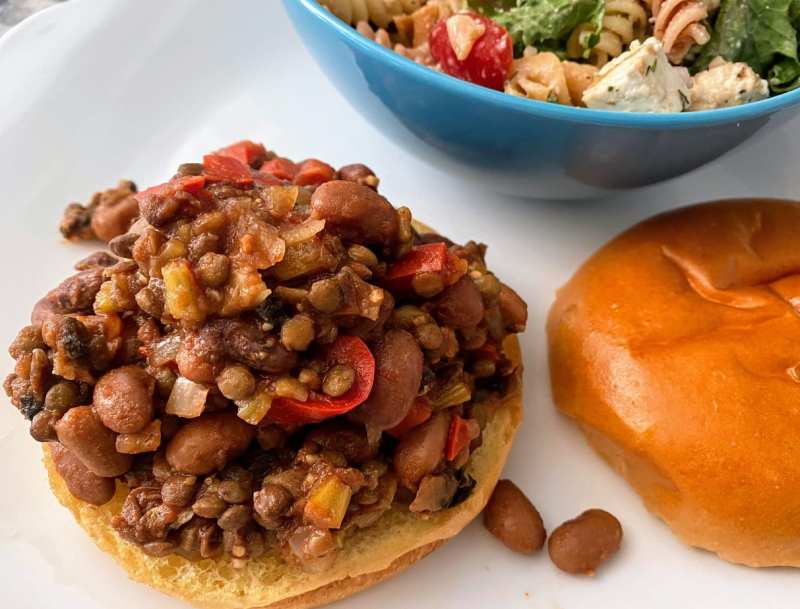 Vegan sloppy joes, for instance, can be made ahead of time, and reheated quickly on the grill or over an open fire.

OTHER SUGGESTIONS FOR VEGAN FOOD FOR CAMPING 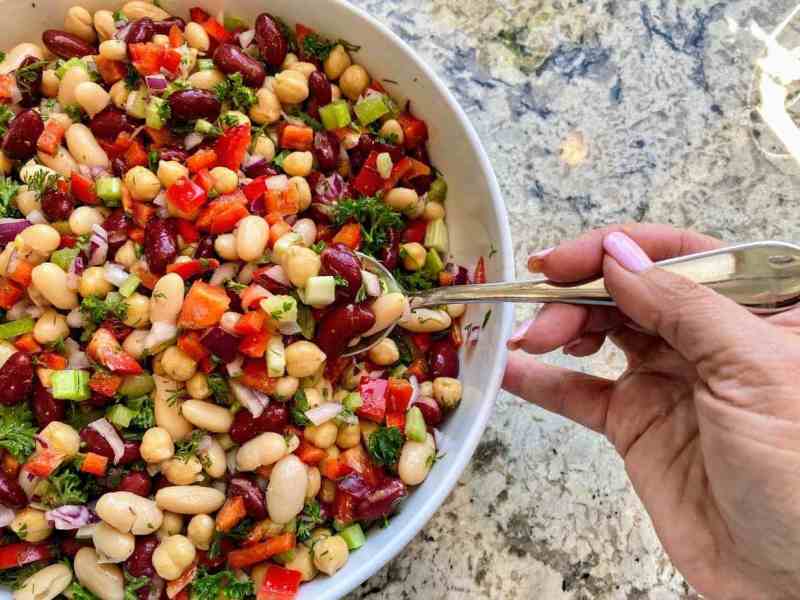 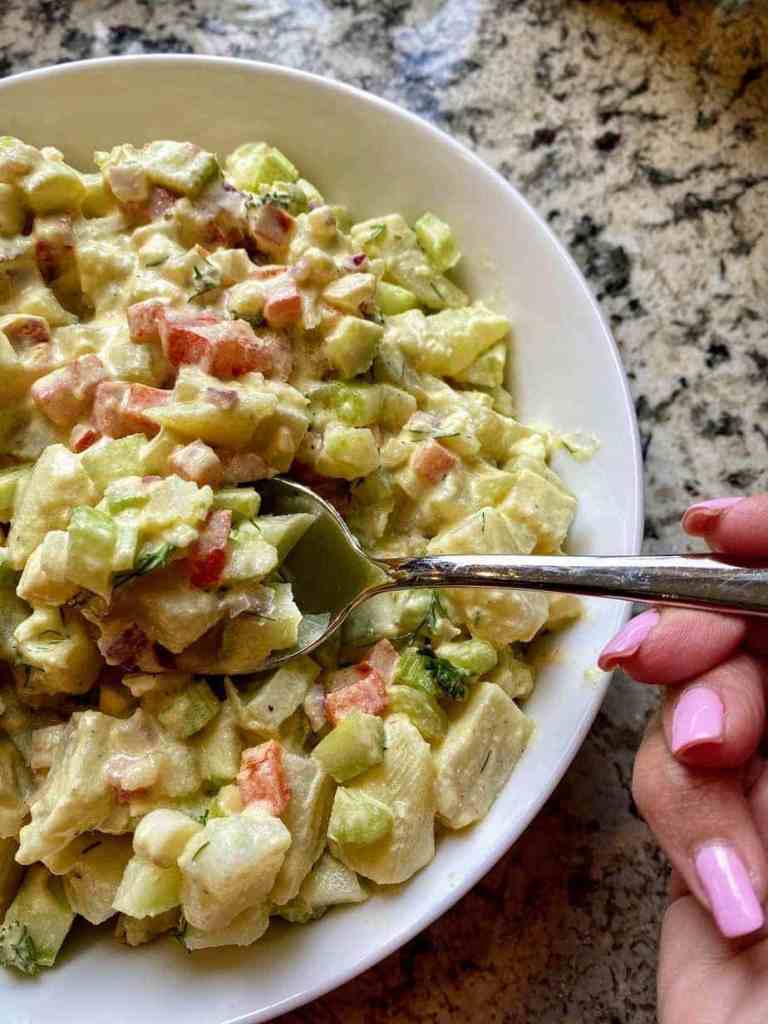 So, the next time youplan to go camping, vegan food for camping is easier than you may think. In fact, the kids had a blast, and they had plently of healthy vegan food to eat!