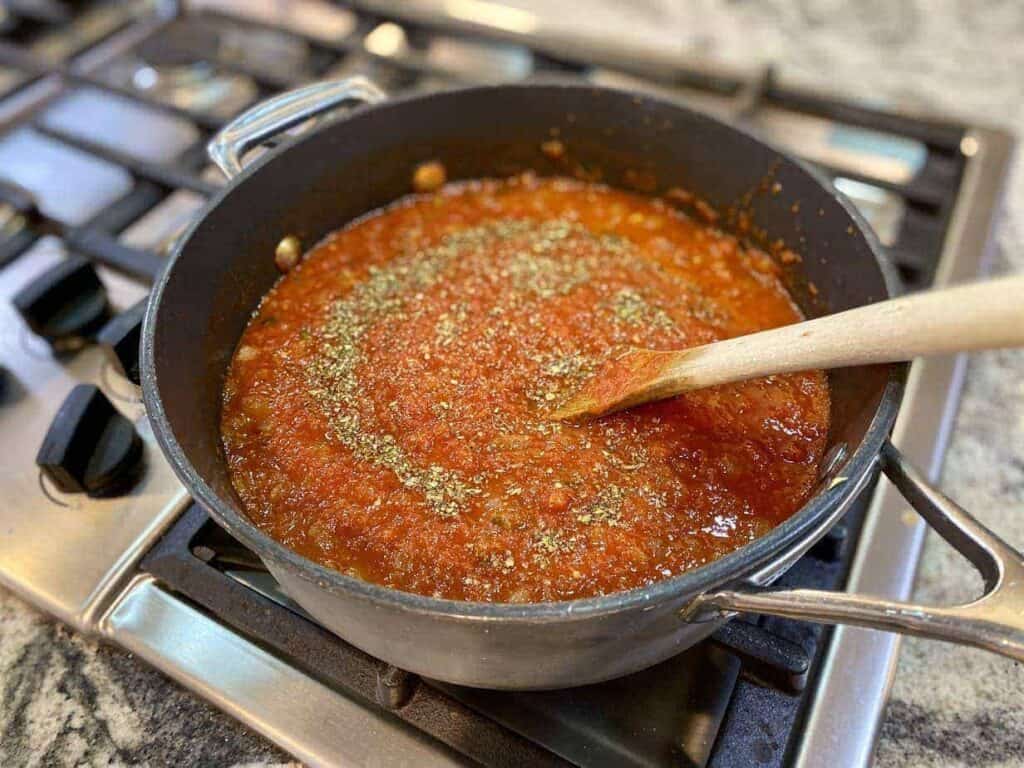 When shopping for fresh tomatoes, look for the cracked, slightly bruised tomatoes sold at a discount for a deal. The flesh of the tomato, for instance, should be dense, sweet and blood red. So, essentially look for tomatoes that are overly ripe. As a result, this makes the freshest and brightest tasting sauce.

WHAT TOMATOES TO USE WHEN TOMATOES ARE NOT IN SEASON

As I mentioned in other posts, POMI tomatoes are my favorite store-bought tomatoes. Pomì tomatoes are deliciously rich in flavor, completely natural, without salt,  and sugar, and GMO-free. Pomi tomatoes are 100% organic tomatoes without added oils or fillers. Since I can only find them at Sprouts Market, I sometimes have to order them online, when tomatoes aren't at their freshest.

Most store-bought marinara sauces contain oils, salt, and sugars. Since I am making my own marinara sauce today, I plan to use my own home-grown tomatoes, but when in a pinch, I buy POMI Marinara Sauce. 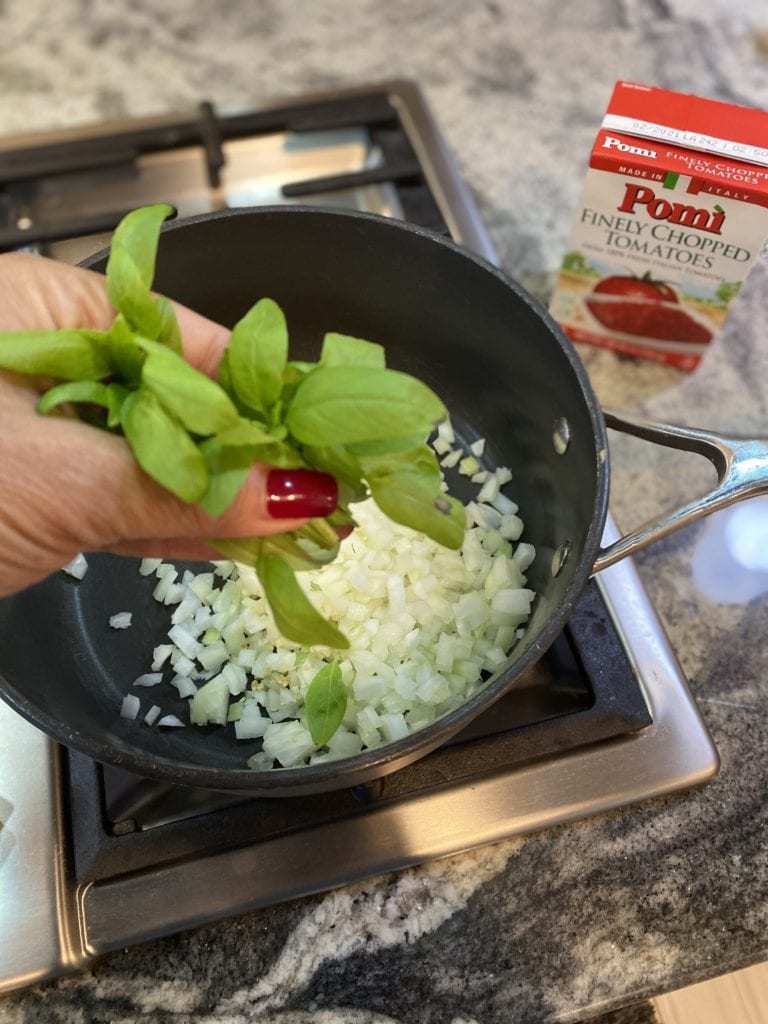 Although I prefer fresh herbs over dried herbs, dried ones work in a pinch.

Chef Neil, for instance, recommends using fresh herbs whenever possible, as they will provide you with the greenest, “herbiest” flavor. Of course, there are times when fresh herbs just aren’t available.

"Maybe they’ve gone out of season, or you just haven’t had the time to run to the store. Either way, you’re still going to want to enhance your meal with those subtle flavors. Chef Neil offers some facts and tips about herbs to help you make the most of them.

For this recipe, I use fresh basil, oregano, and parsley, which can all be exchanged for dried herbs when needed.

In order to keep it real, I focus on the basic ingredients to make a hearty and deliciously rich marinara sauce. Sauteeing the onions, shallots and the garlic in organic vegetable broth, instead of oil, produces the same marriage between the flavors. Shallots, unlike yellow onions, are a bit sweeter than regular onions, and their flavor is more subtle but enhances the taste of the onions. 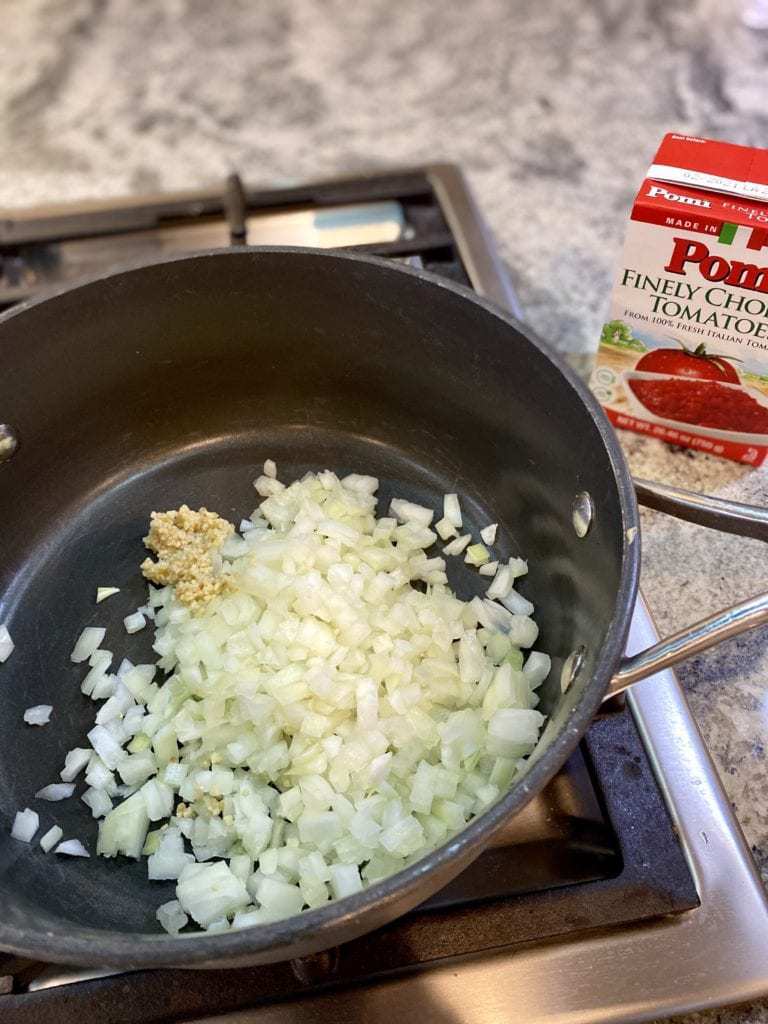 Paul and  I appreciate a great bottle of red wine from time to time, but sometimes we buy a bottle of Red Zinfandel that is a bit too strong for us to drink. Though we think about drinking it at a later time, it sits in the refrigerator, for far too long. As a result, it gets even stronger, and we can't drink it. So, "waste not want not."

Red wine sitting in the refrigerator, for instance,  makes the best sauce wine. Or, if you have a bottle of red open, share it with your sauce.

My girlfriend, who doesn't drink, buys single small bottles of red and white wine to use for cooking at the grocery store. Again, it's all about saving money 🙂

COOK SLOW AND ON LOW TEMPERATURE.....PATIENCE IS  A VIRTUE!

Honestly, the secret to perfect marinara sauce is cooking slow and low. Similar to pressing tofu, the result is in being patient. Since my sauce doesn't have any added sugars or oils, when I cook the sauce on low, for an hour or more, the onions and shallots carmelize on their own, bringing out their natural sweetness.

WHEN IN DOUBT, FREEZE THE VEGAN MARINARA SAUCE FOR LATER!

In order to think ahead, and be smart, I make a double batch of vegan marinara sauce recipe, so I can freeze it for later. At the beginning of my plant-based journey, I cooked small amounts of food and didn't think ahead. Then, after trial and error, I learned the benefit of making extra and freezing it for later.

Instead of grabbing a jar of marinara sauce, on those busy days, I can now grab a freezer bag of fresh vegan marinara sauce. With a little planning, cooking is much easier.

WHAT CAN I USE VEGAN MARINARA SAUCE FOR? 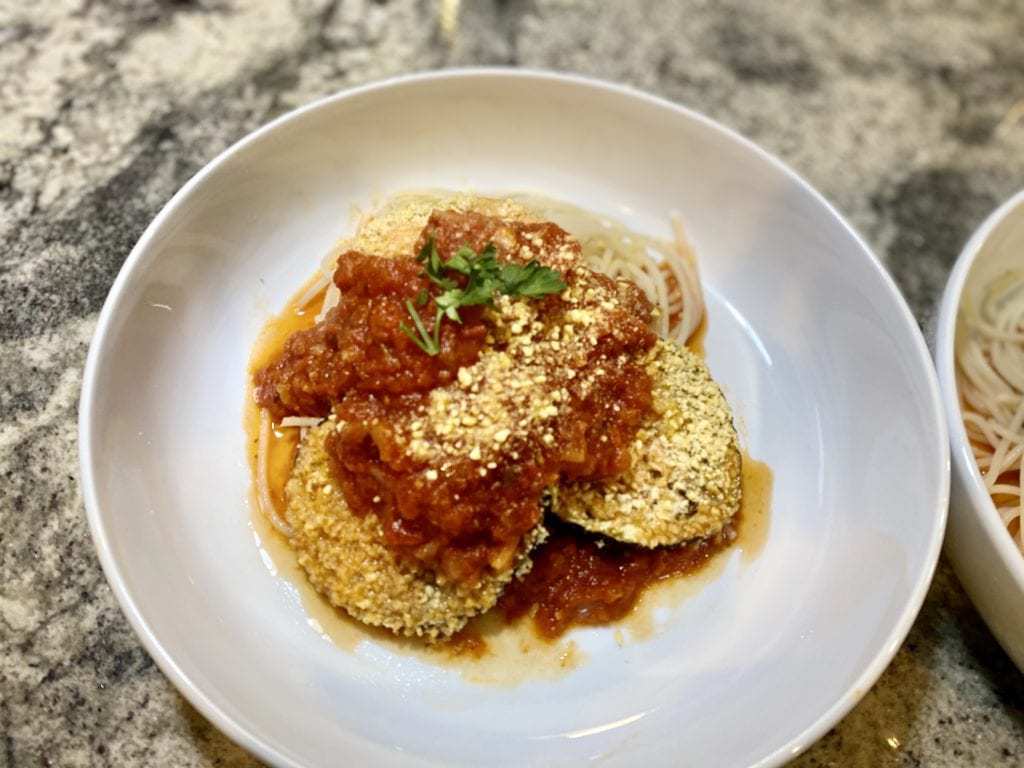 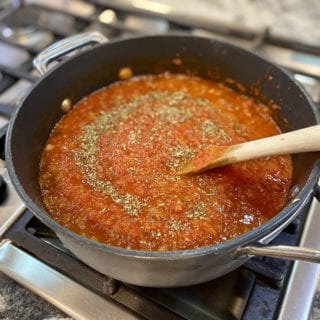