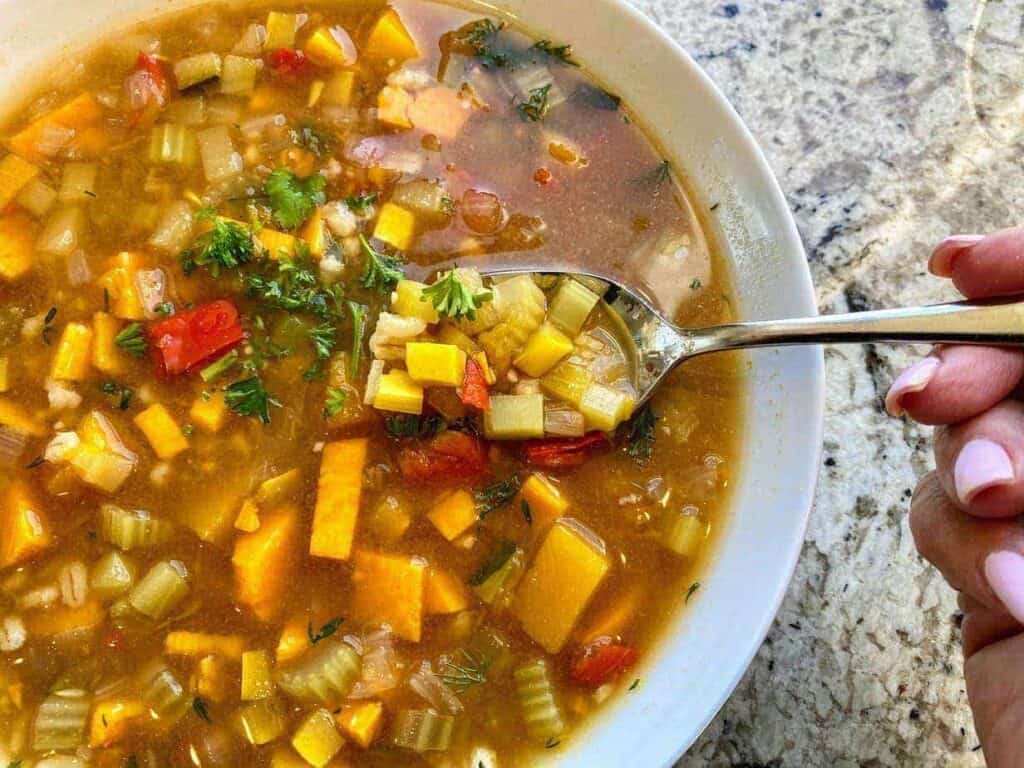 Without a doubt, vegetable soup is one of my favorite soups. But, I also like various types of vegetable soups, so I don't get bored with the same flavors. So, I decided to make a vegetable barley soup recipe to add a little pizzazz to my soup experience.

Recently, I roasted vegetables for a new Vegan Carrot Soup recipe I made. Because I loved the rich flavors, I chose to do the same for vegetable barley soup.

WHAT IS PEARL BARLEY? 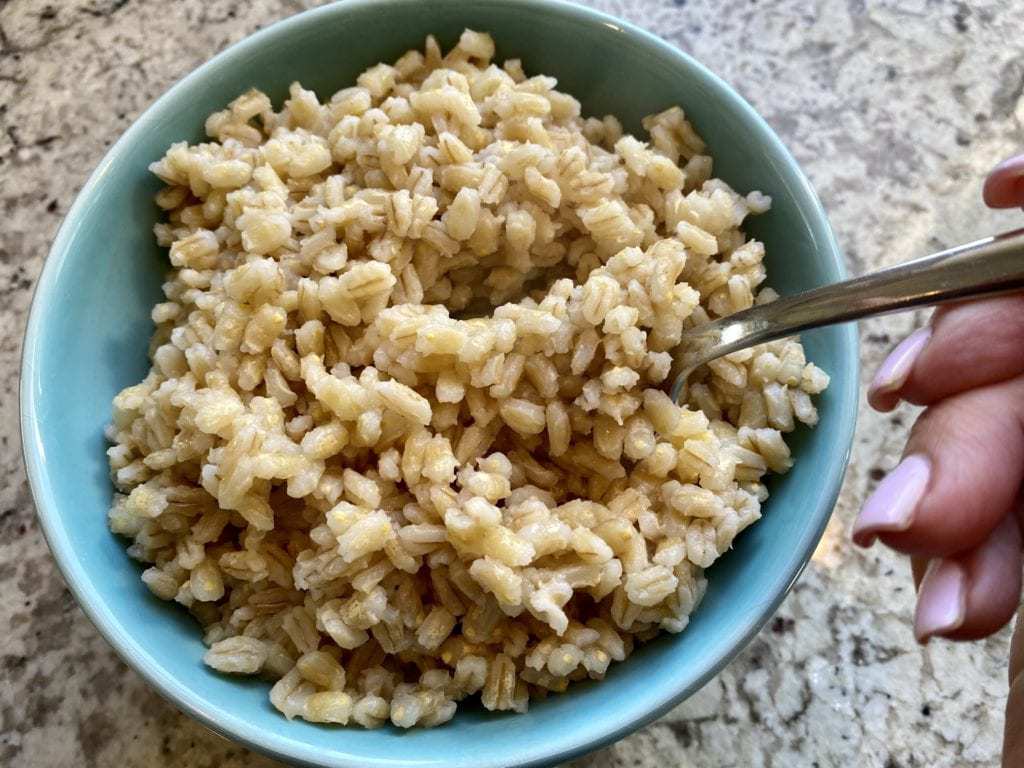 Pearl barley, similar to other whole grains, is high in fiber, minerals, and vitamins. Although not gluten-free, pearl barley is processed to remove its outer hull, making it easier to digest.

Because pearl barley expands about three times its original size when cooked, it is often used in soups or stews. As a result, vegetable barley soup leaves you full and satisfied. 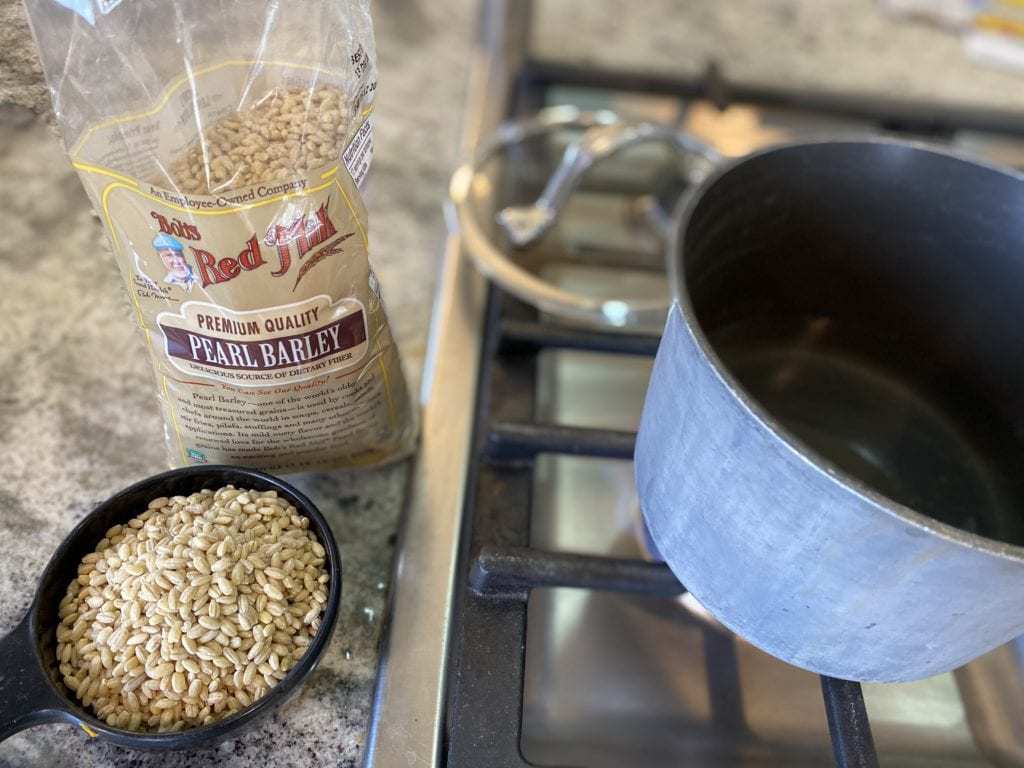 Although most recipes include oil, barley can be cooked without oil or butter. And, to cook barley perfectly, you need to use a 2:1 ratio of water to barley. I also suggest, for example, including a bay leaf and little salt while cooking.

Like cooking quinoa, all the ingredients are added to a pot and then boiled, covered, and simmered. Barley, though, takes 45 minutes to cook. Then, it gets fluffed with a fork before serving, or in this case, used in a soup or stew. 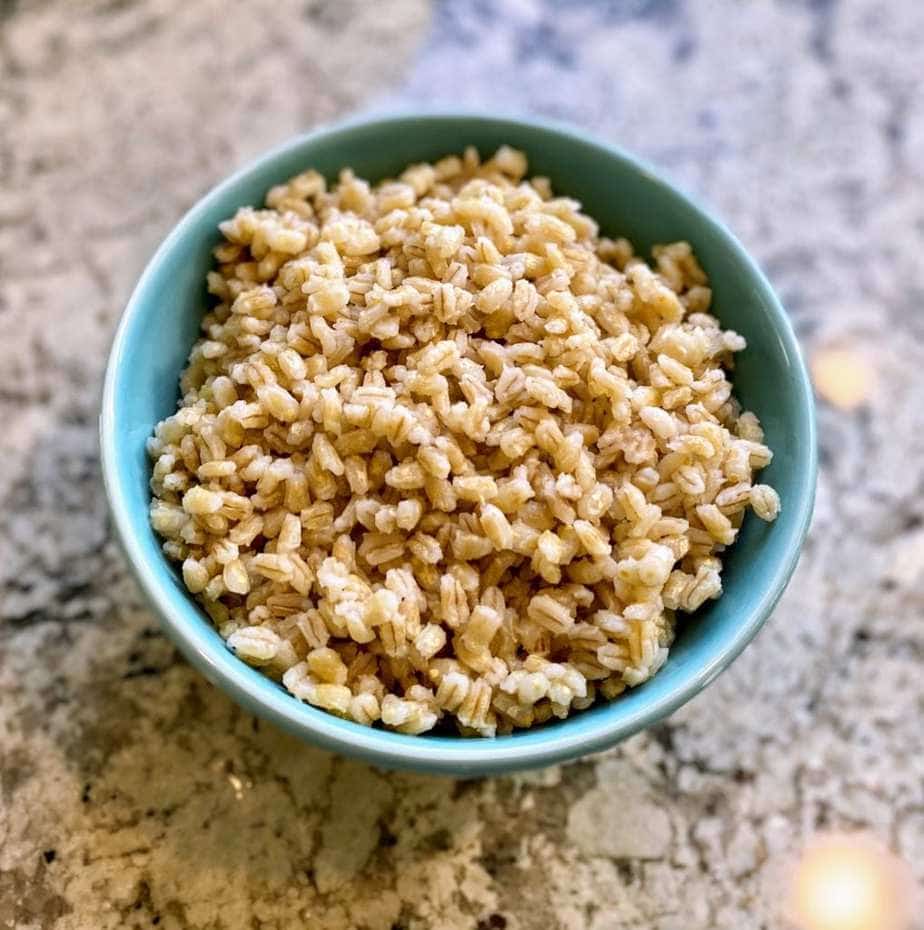 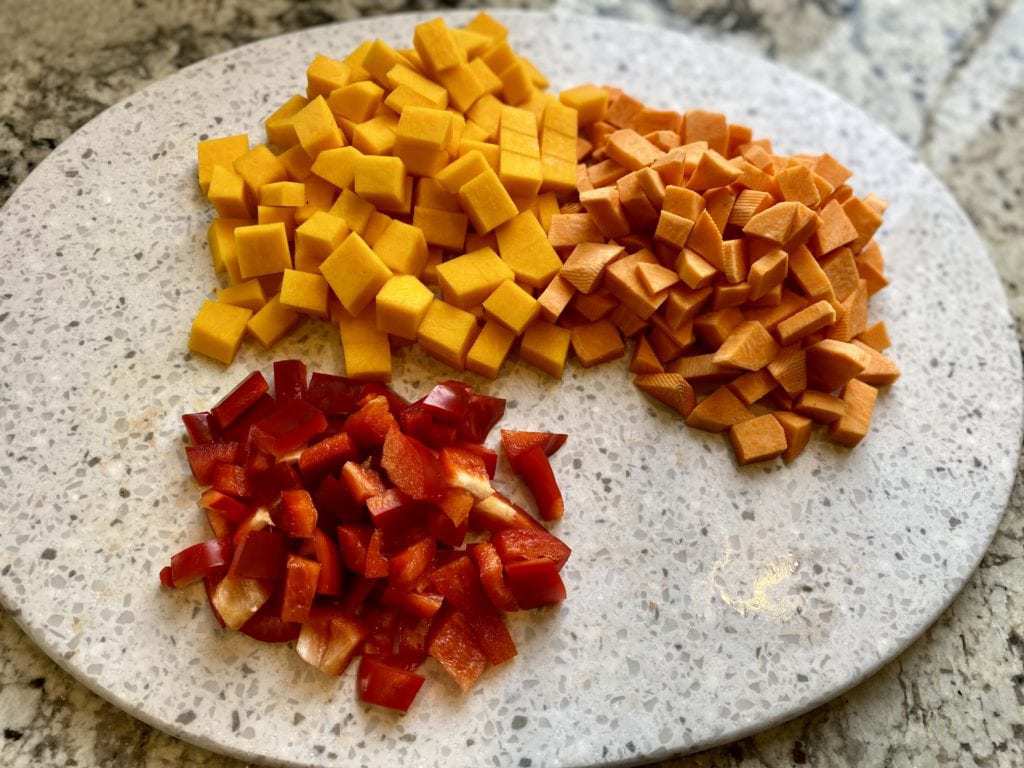 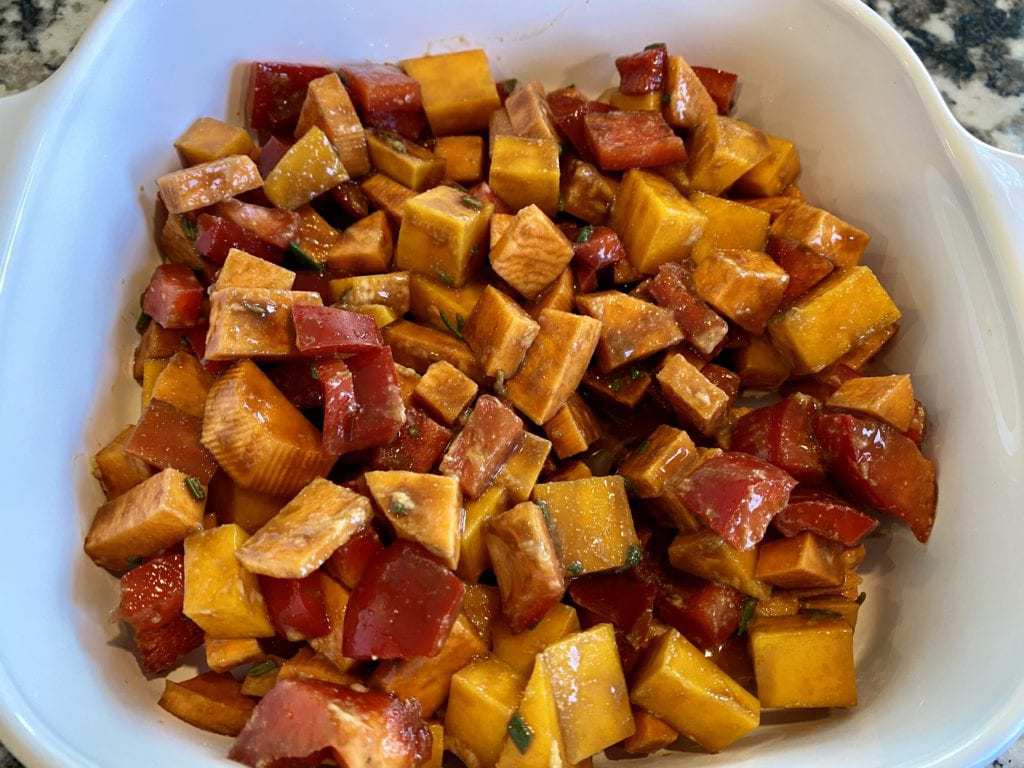 Then, I added raw sweet potatoes, butternut squash with the following ingredients: 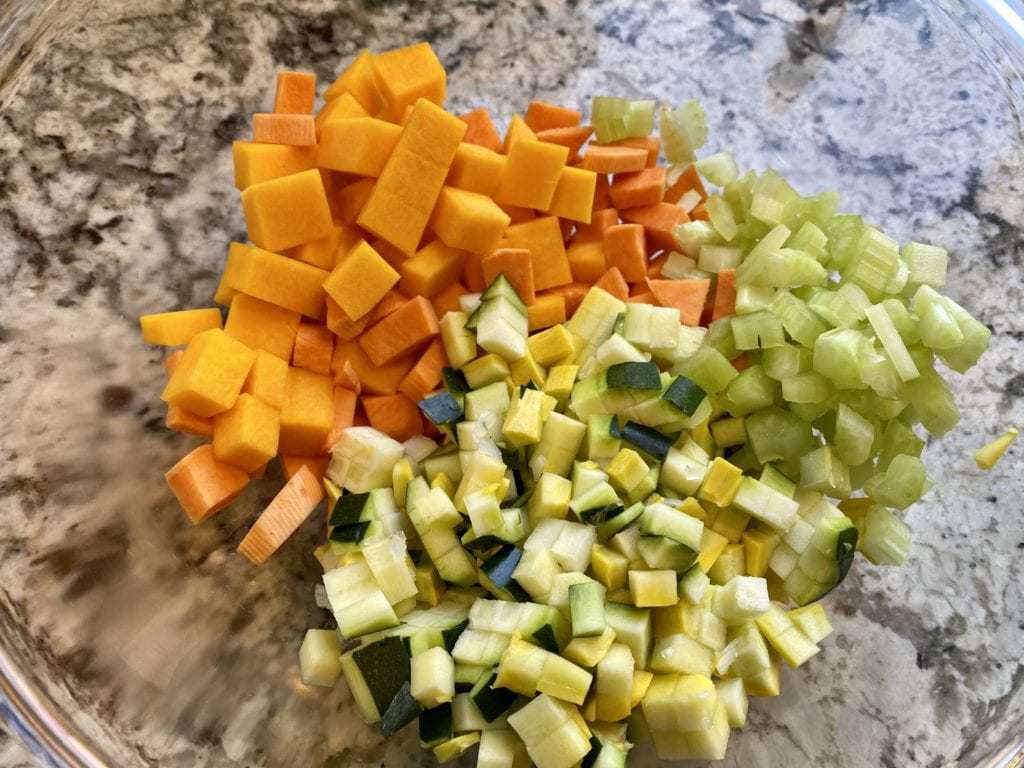 To allow everything to cook simultaneously, it is important to try to cut all the vegetables in a uniform size. For that reason, I used my favorite vegetable chopper with a large blade.  As a result, all my vegetables are cooked perfectly every time.

PUTTING THE VEGETABLE BARLEY SOUP TOGETHER

While the vegetable roast in the oven,  I cooked the barley and chopped all my veggies.

Once the vegetables are roasted and cooled, I mashed them with a fork. Consequently, the combination of flavors enhances the savoriness of the vegetable barley soup recipe. 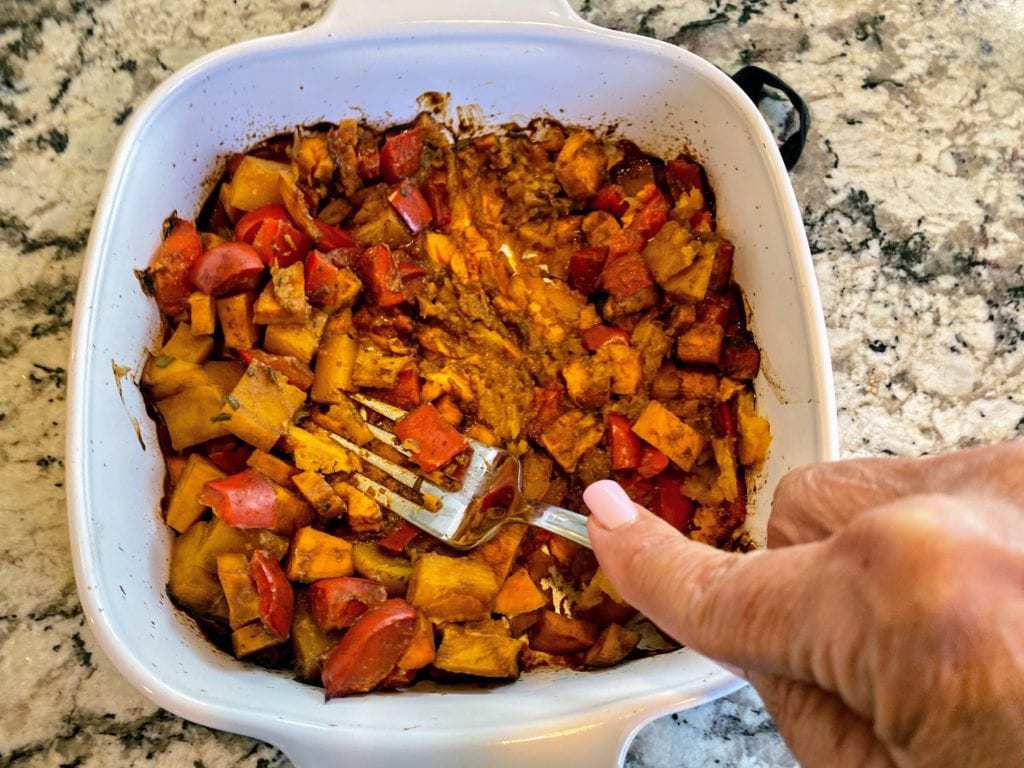 Next, saute the onions and garlic in a large soup pot until the onions are translucent. Then, I add other raw vegetables and vegetable broth.

Once it comes to a boil, cover the soup pot and reduce the temperature to simmer. Subsequently, the sweet potatoes and butternut squash will become soft. 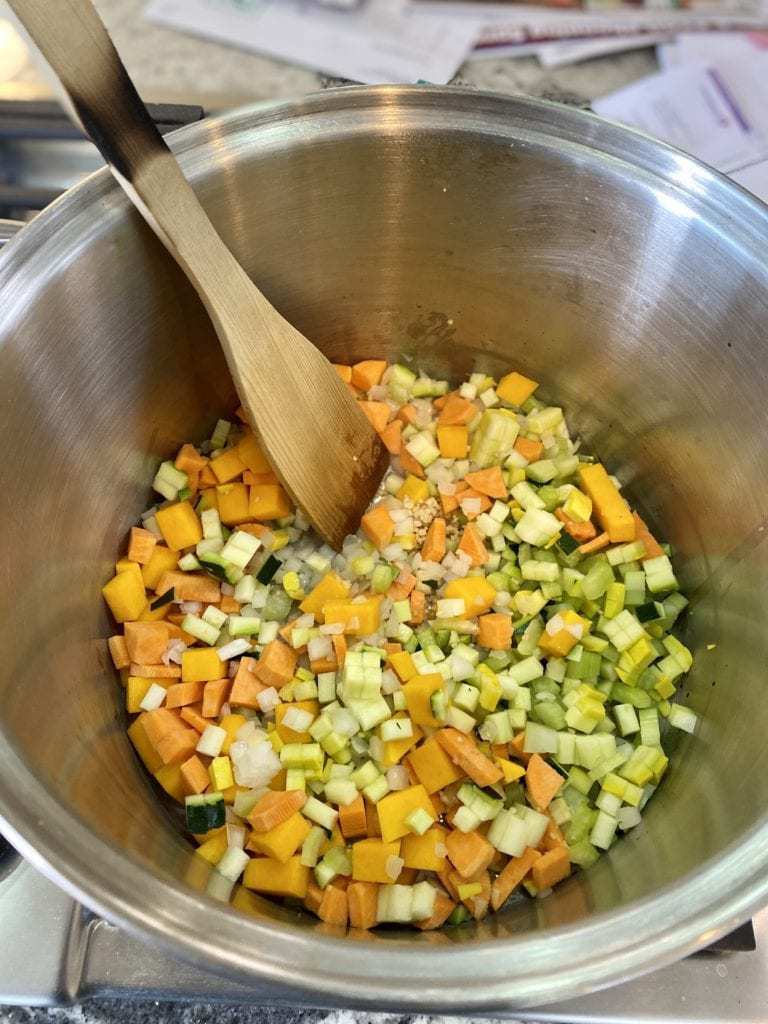 Of course, the next step is to add the mashed-up roasted vegetables and the cooked barley. Once it is all heated through, it's time to eat and add the herbs to finish it off. 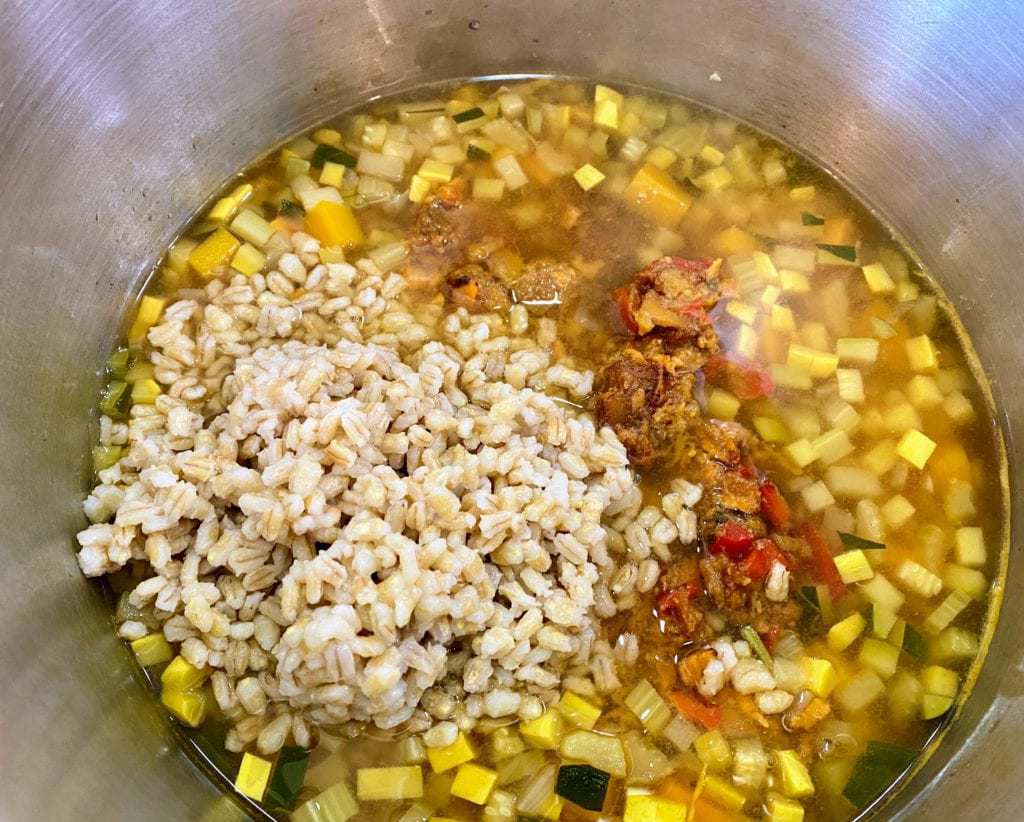 Not only will vegetable barley soup satisfy your hunger, but it also reheats well for lunch the next day. 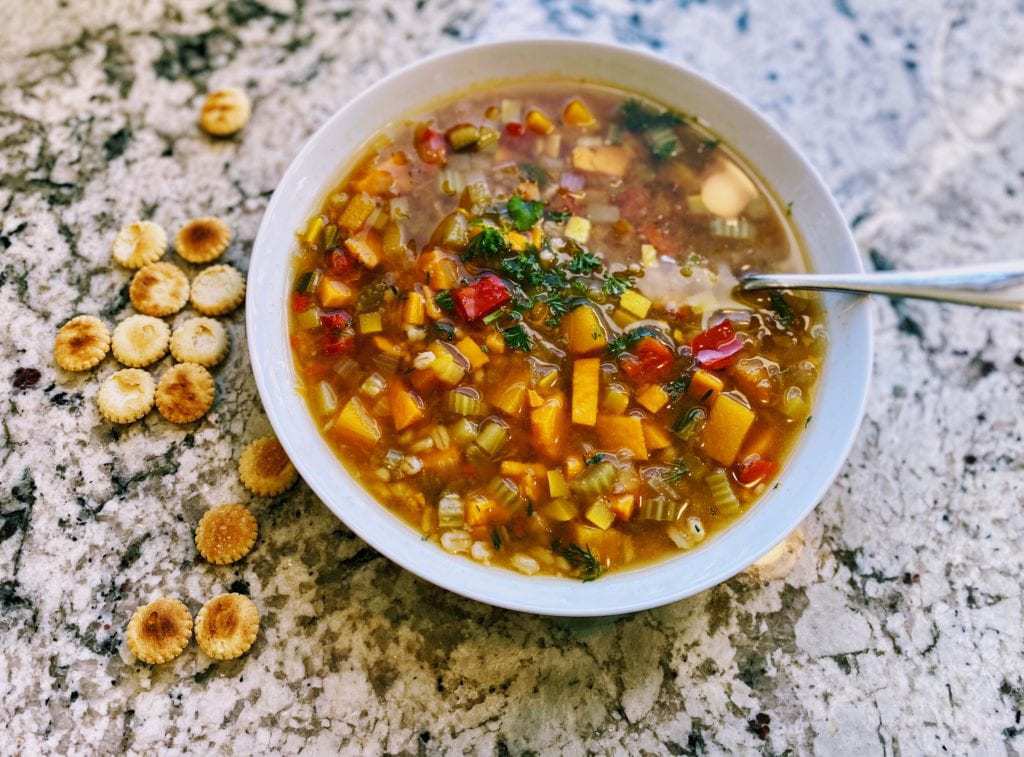