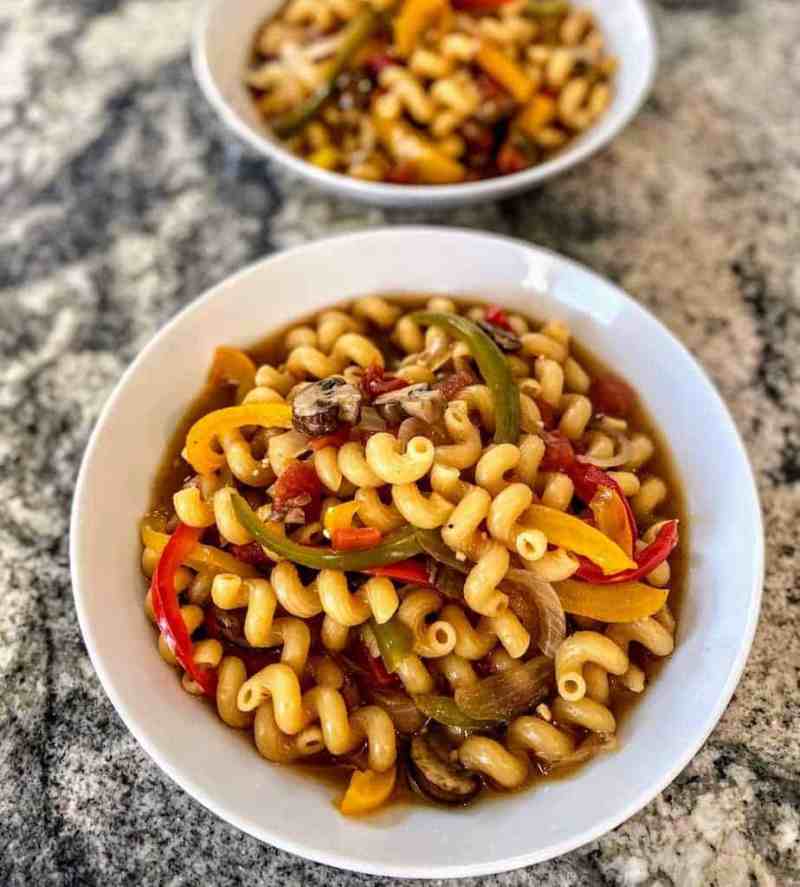 When I planned dinner last night, I prepped fajitas. Then, I realized I didn’t have tortillas! Yes, that happens to me too, but since I cut all the ingredients, I switched it up and made fajita soup instead. What is fajita soup you may ask? Fajita soup combines all your favorite fajita goodies in a bowl of slightly spicy broth. And what makes it even better is it takes less than 20 minutes and one pan to make this tasty fajita soup recipe.

I love Mexican food, but I’ve never eaten vegan Mexican soup, so I decided to make some. Even though it’s hot outside, I eat soup all year long. Today, I had that soup loving feeling. To be honest, I also wanted to make something quick and easy one would love. Luckily, I hit a home run.

WHAT FAJITA INGREDIENTS ARE NEEDED FOR FAJITA SOUP RECIPE? 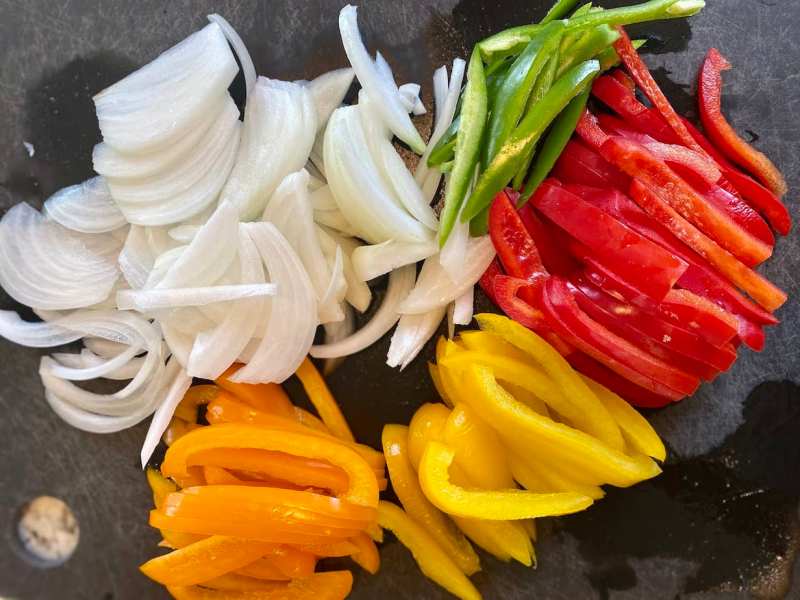 Believe it or not, I used the exact ingredients I pre-cut for fajitas:

Then, I added some soup ingredients to make fajita soup a meal:

COOKING FAJITA SOUP IN LAYERS IN UNDER 20 MINUTES 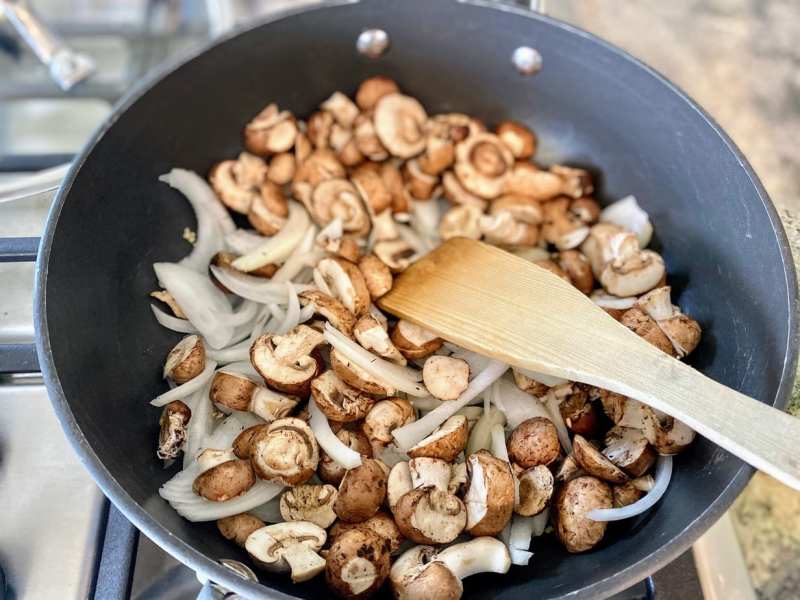 Begin with a deep soup pot. The next step is to saute the garlic, onions, and portobello mushrooms until the onions are translucent and the mushrooms are browned. 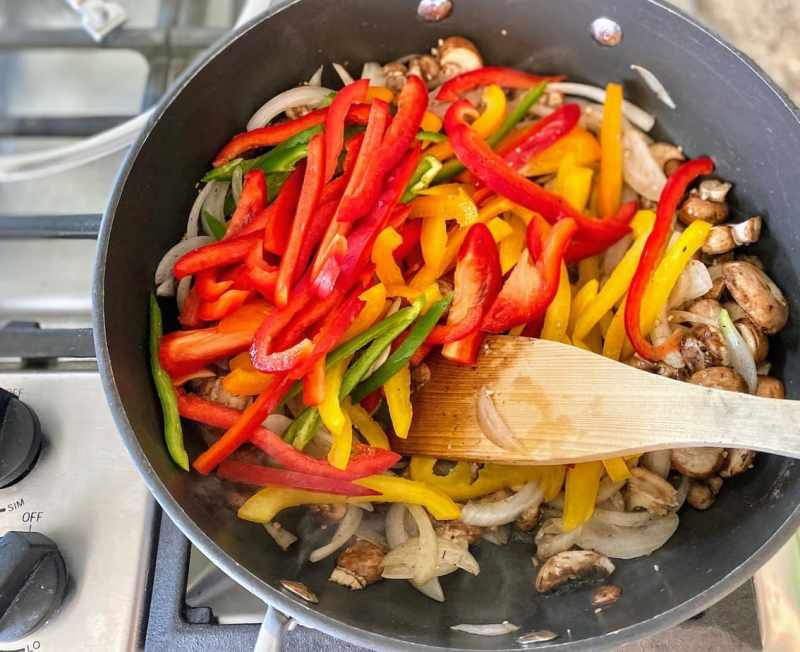 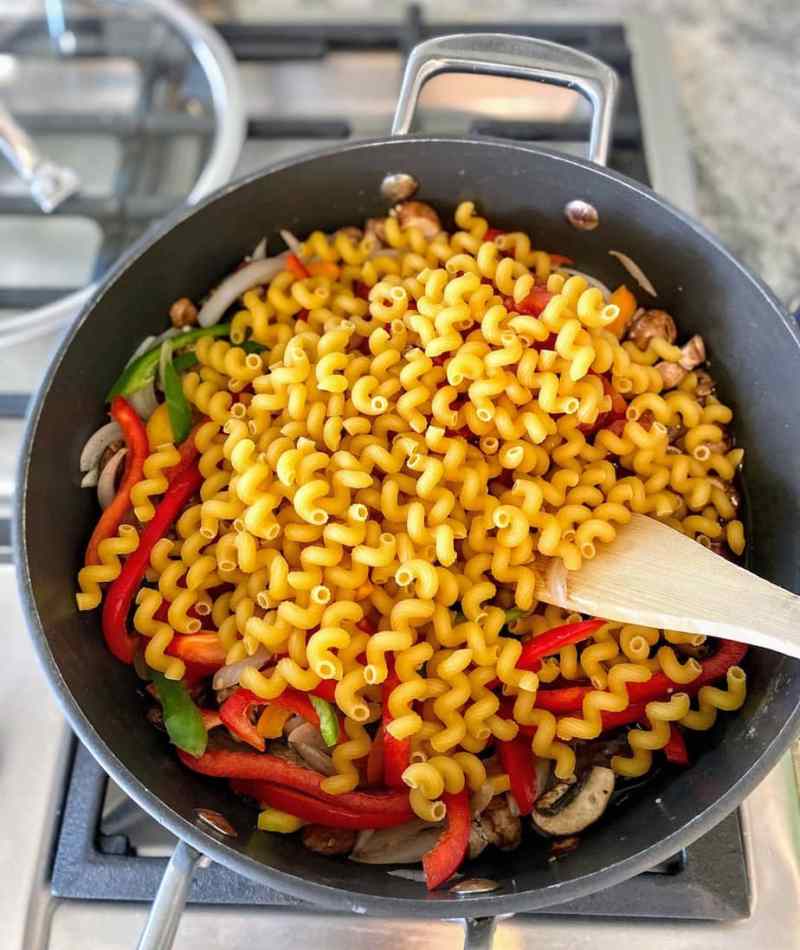 Once the peppers and combined with the mushrooms, onions and garlic, add the Rotel tomatoes, noodles of choice, and stir. 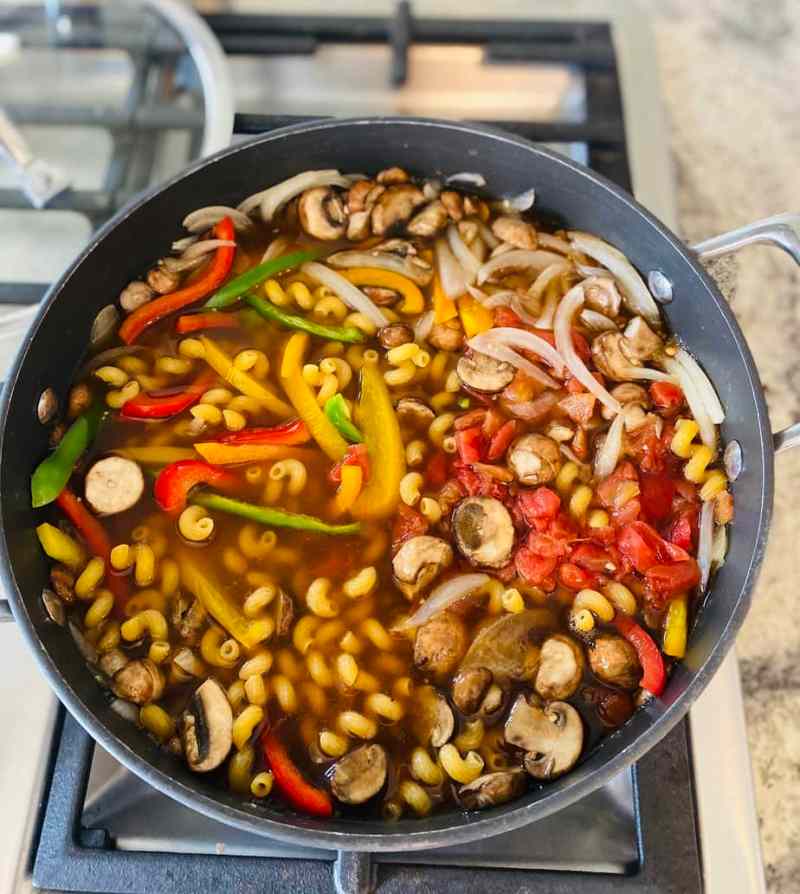 WHAT INGREDIENTS ARE NEEDED FOR HOMEMADE FAJITA SEASONING

Although you can use a store-bought fajita seasoning, I prefer to make my own seasoning.

Top with vegetable broth, fajita seasoning, and bring to boil. Once boiling, cover and reduce heat to low and simmer for 15 minutes.

As a result, you have a slighly spicy, savory fajita soup. 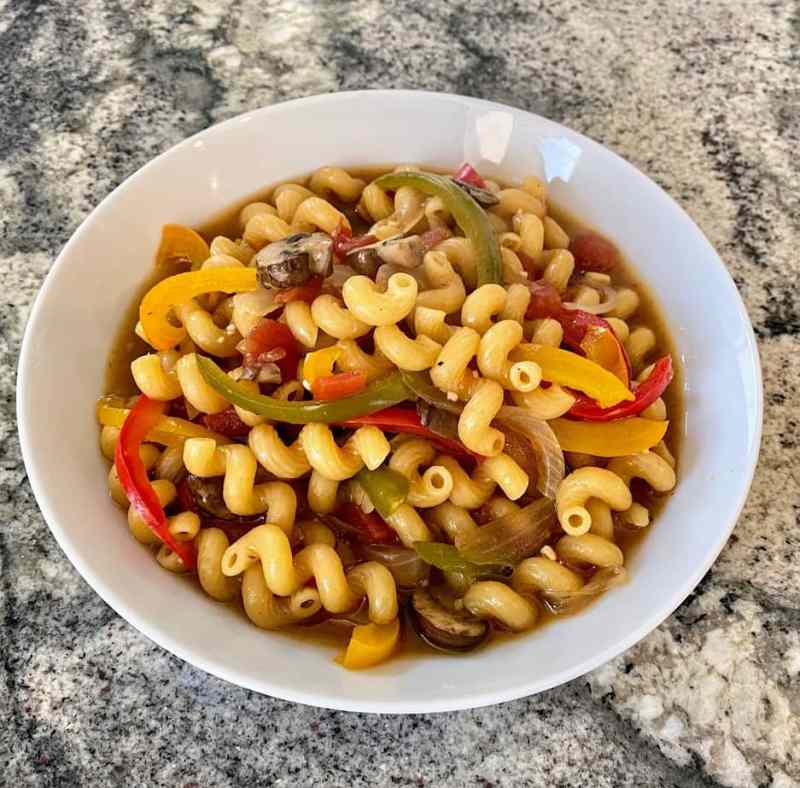 If you ever looking for a new way to eat a fajita, make a fajita soup recipe. Not only will this soup warm you from the inside out, but it’s also just like eating a fajita without the tortilla. MMM GOOD!

Fajita soup is a savory Mexican soup with fajita ingredients in a bowl of slightly spicy broth and noodles. Now, this is how fajitas should be eaten...with a spoon. And, it is done is under 20 minutes!