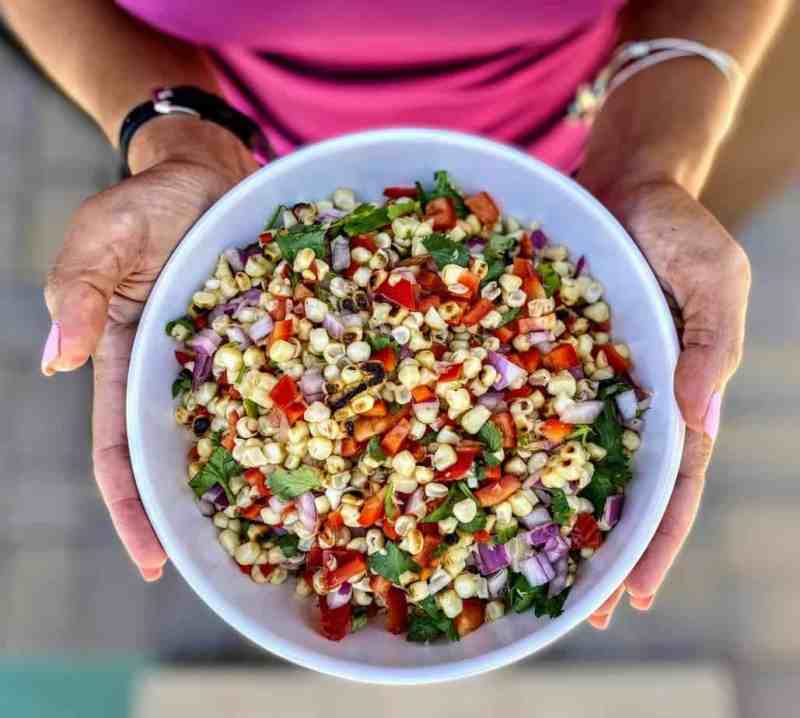 When summer arrives, corn is one of my favorite fresh ingredients to cook with. Not only do I grill corn often, but I love to include corn in my salads and other dishes. Charred corn salad, for instance, is not only easy to make, but it also has very few ingredients. And, my husband grills the corn perfectly for a tasty charred corn salad.

I love summer BBQ because it’s grilling season. My husband, the grill master, enjoys grilling so much, he bought a KVK (Kathy’s Vegan Kitchen) branding iron, so he can mark his work. HAHA. Men and their grill tools! But, I’m not complaining. I just tell him the end game, and he executes the grill techniques.

Today, for example, I needed the corn grilled, but I needed it charred as well.

HOW TO CHAR VS. GRILL CORN FOR CHARRED CORN SALAD 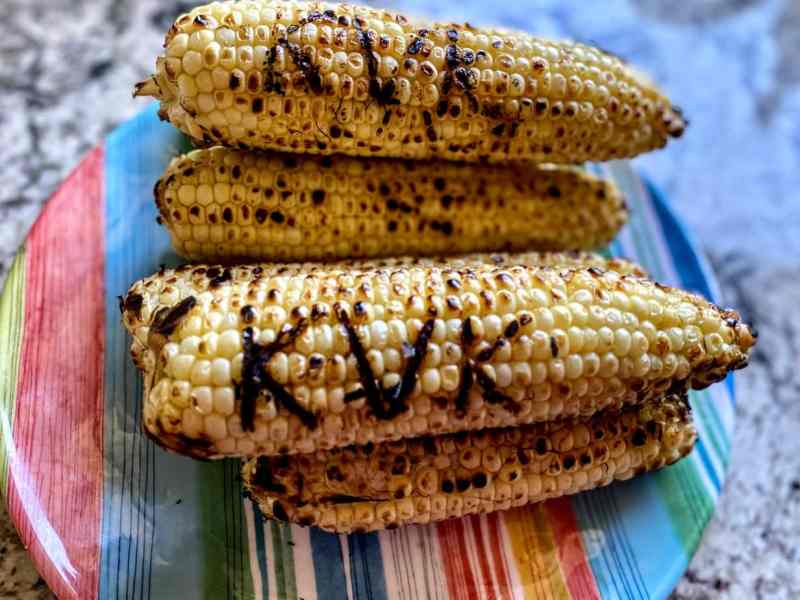 Although grilled corn works for this recipe, I wanted the charred flavor of the corn. And, believe it or not, there is a method to charring corn.

As simple as it is, many people char their corn too much, which results in inedible corn. The trick, however, is in the temperature and turning the corn continuously while cooking.

Then, make sure the corn is completely cooled before attempting to cut it from the cobs. 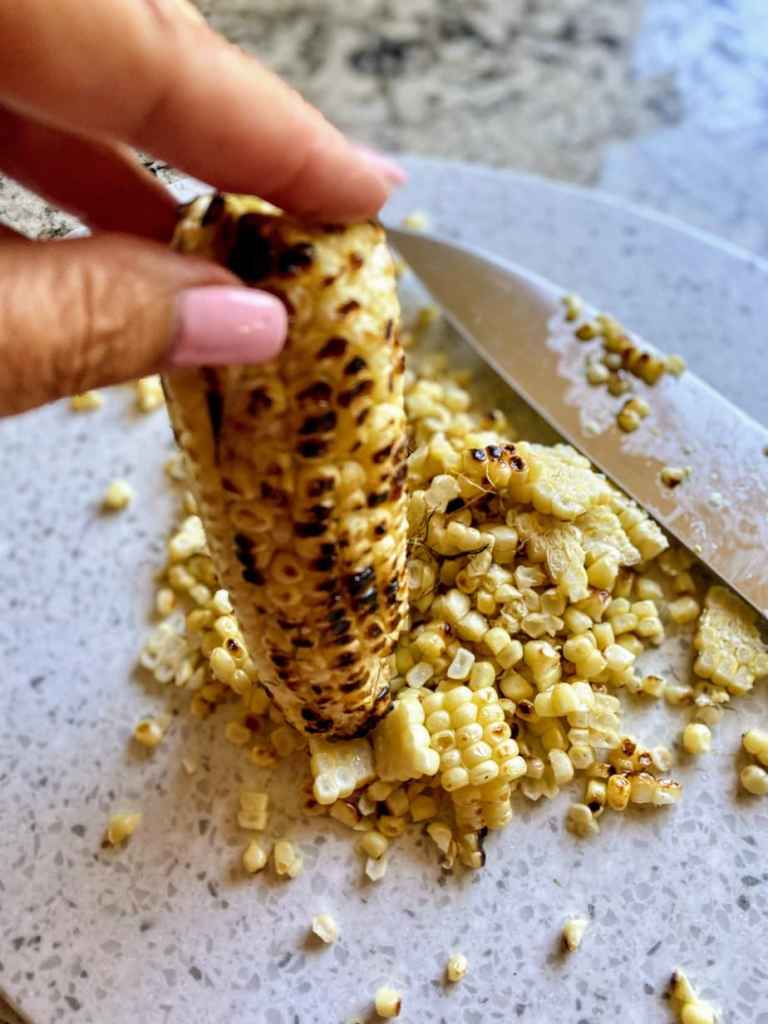 Once the corn is cooled and cut, place it in a bowl, and add the other ingredients.

WHAT INGREDIENTS ARE IN CHARRED CORN SALAD? 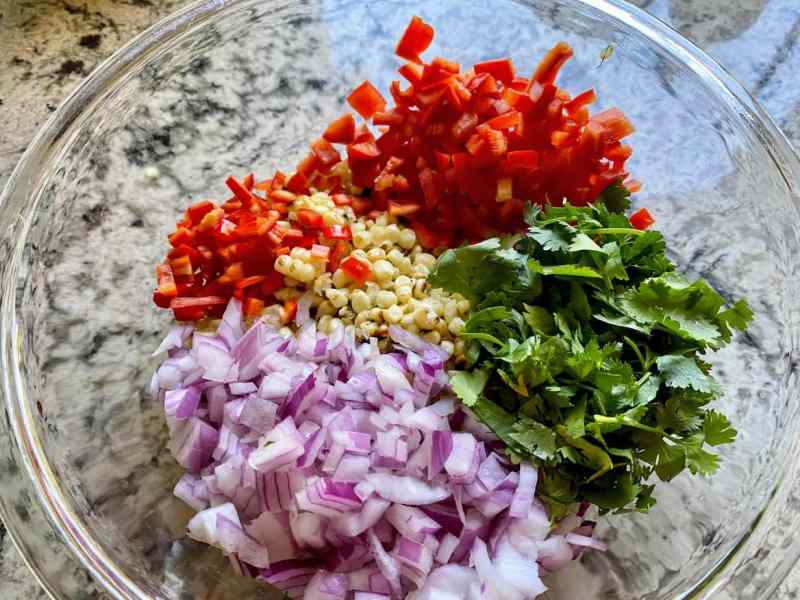 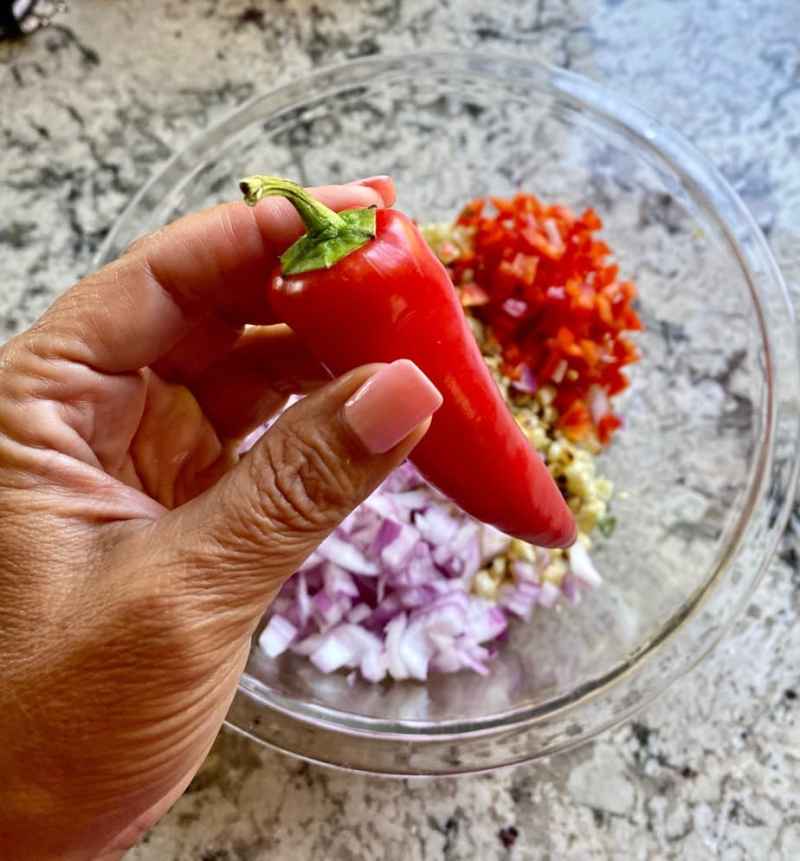 FRESNO CHILI PEPPER VS THE JALAPENO PEPPER: PICK YOUR HEAT

Fresno peppers are just slightly spicier than jalapeno peppers, but they also offer a fruitier taste. Some say they are smokier, but I don’t feel that is very pronounced.

Green Fresno peppers have a more vegetal flavor compared to the mature red peppers, which grow hotter and lost some of their flavors as they age. Red Fresno peppers still offer wonderful flavor and a touch of heat for spicy recipes.

The biggest difference between a Fresno and a jalapeno pepper is the thickness of the pepper walls. Fresnos have thinner walls, which can change how you cook with them. They aren’t thin like a habanero pepper, but definitely thinner than a typical jalapeno, so consider this for your recipe planning.

The Fresno chili pepper is seeded and served raw in this recipe. As a result, the chili pepper maintains its natural flavor. 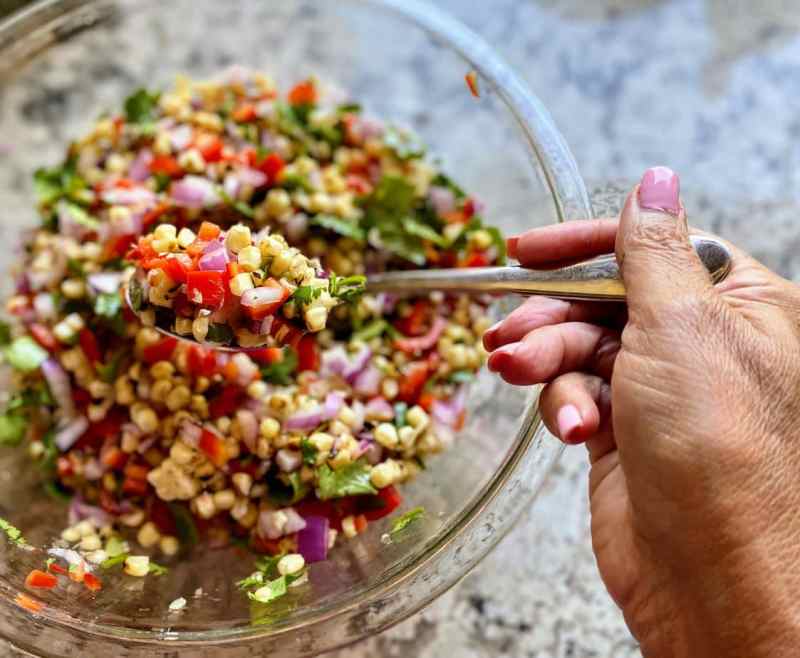 Next, I add fresh lime juice, lime zest, garlic powder, salt, and pepper, and stir the salad to combine all the flavors. The beauty of this recipe, however, is it is made ahead of time. Leaving the salad in the refrigerator, for example, enhances the flavors and tastes better the longer it marinates. 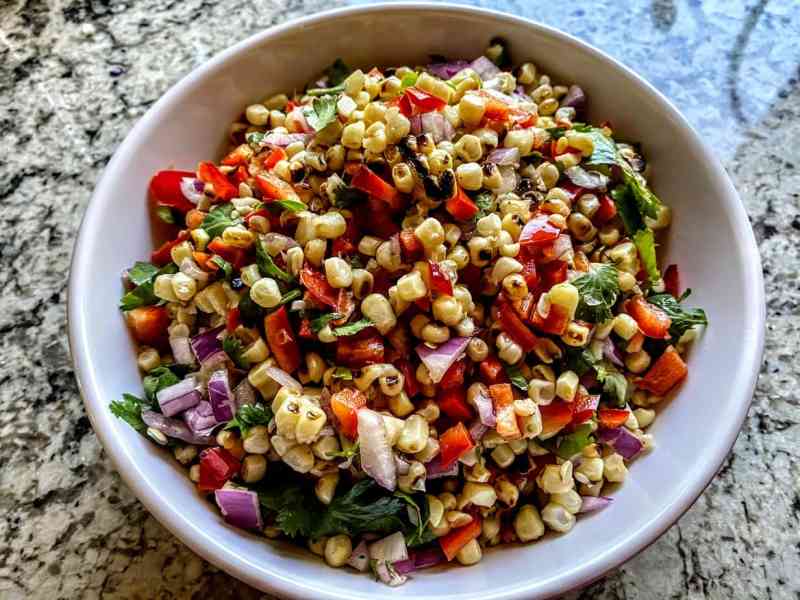 Since I love this charred corn salad recipe, I use it for a variety of recipes and meal plans. 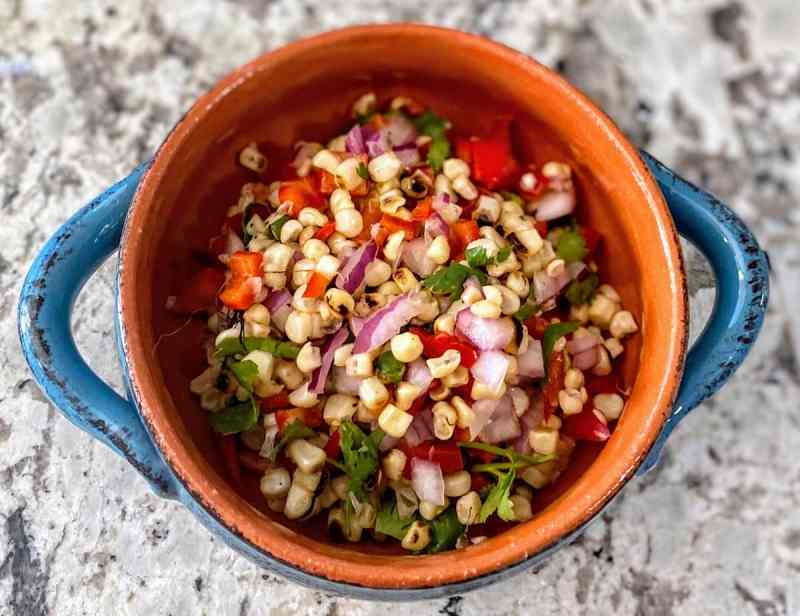 LOOKING FOR GREAT FRESH SUMMER SALADS? WE HAVE IT HANDLED

Splash into summer with this simple yet colorful charred corn salad. The smokey flavors, fresh vegetables, and simple dressing bring out the natural flavors of summer.