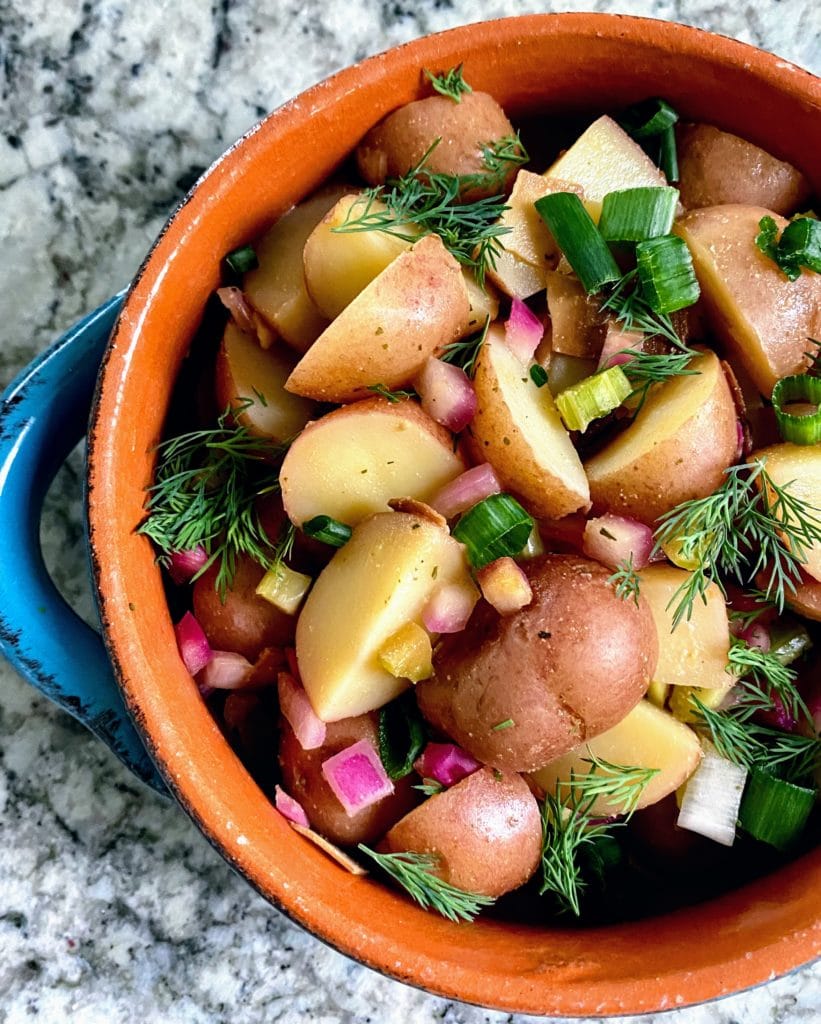 When I was a kid, my grandma made the best warm potato salad. At the time, I didn't know it was Gerrman! Actually, potato salad originated in Germany.

Traditionally, German potato salad is made with olive oil, sugar, and bacon. My vegan version replaces the bacon with coconut bacon.  Also, I use maple syrup instead of sugar and omit the oil altogether. And, I prefer baby red potatoes over white potatoes.

What ingredients are in German Potato Salad? 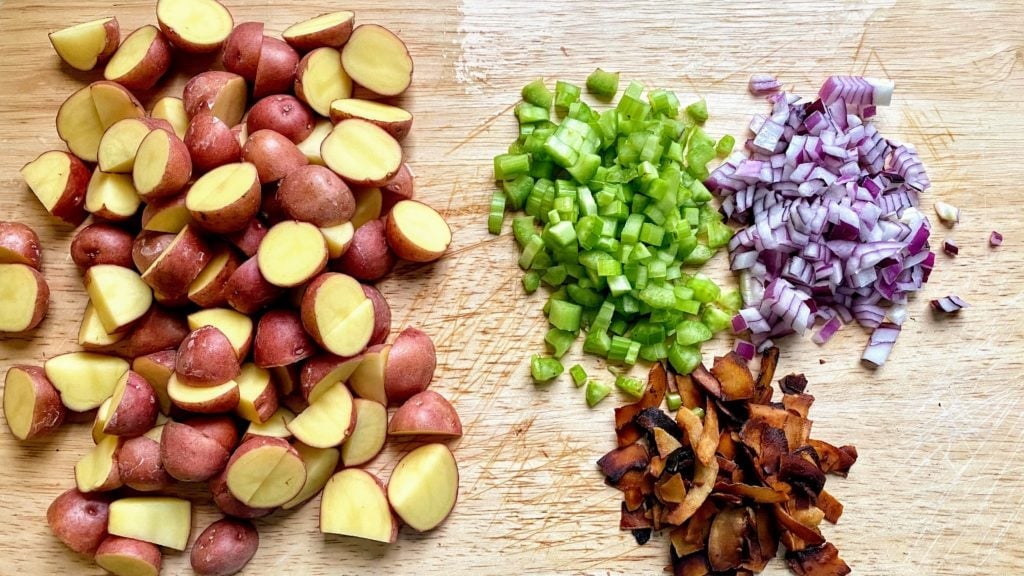 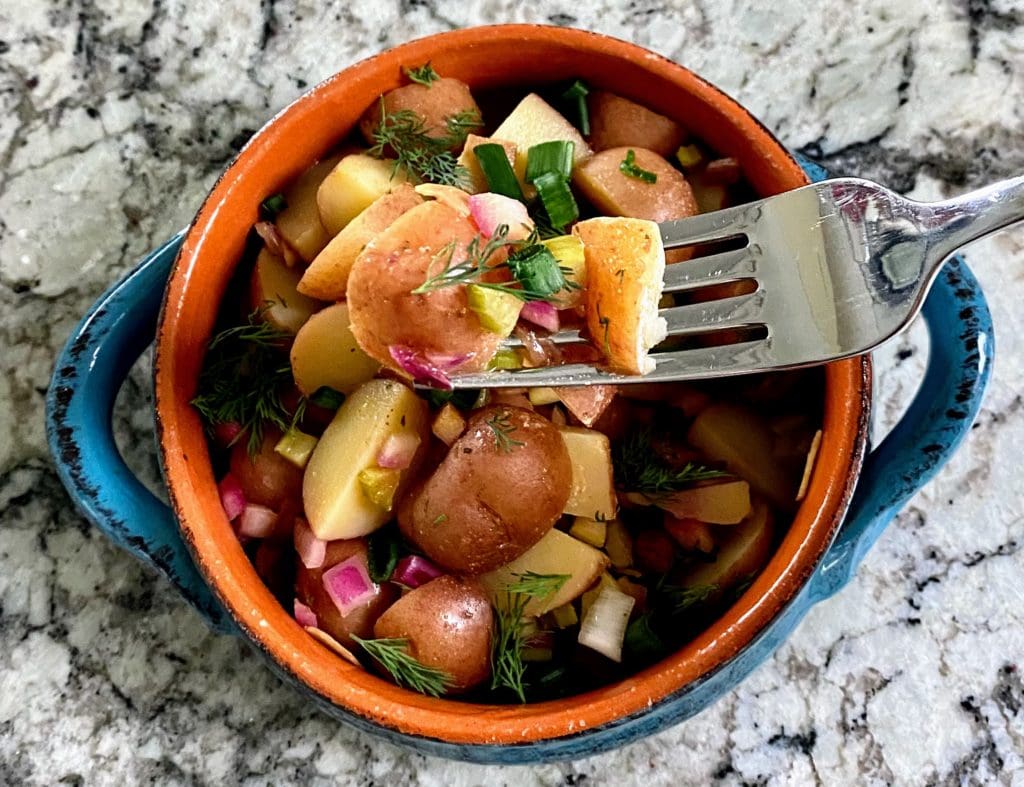 Served cold or hot, this potato salad recipe is scrumptious! 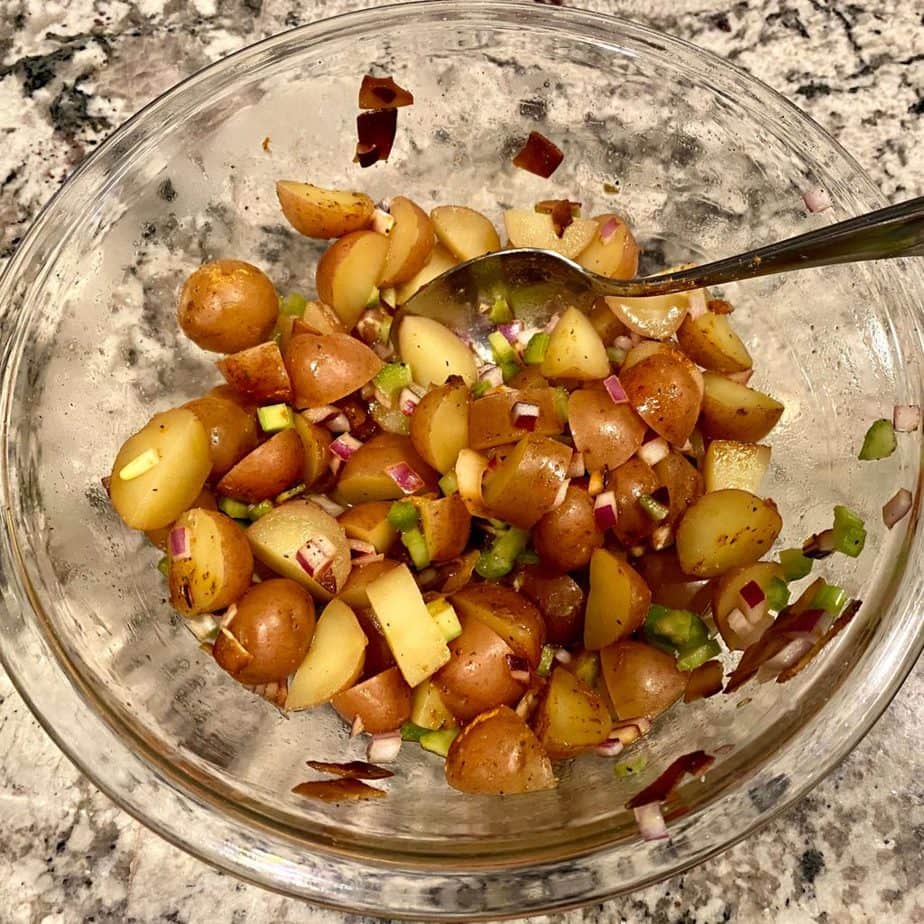 Even though German Potato Salad is traditionally served warm, it tastes just as fabulous cold.

To serve this recipe warm, prepare all the ingredients by chopping the vegetables and making the dressing. Then, as soon as the potatoes are boiled, combine the vegetables, dressing, and coconut bacon, toss and serve.

However, my preference is to combine the cooked potatoes and other ingredients and refrigerate, so the flavors enhance. Next, I either serve the salad cold or reheat it and serve it warm. 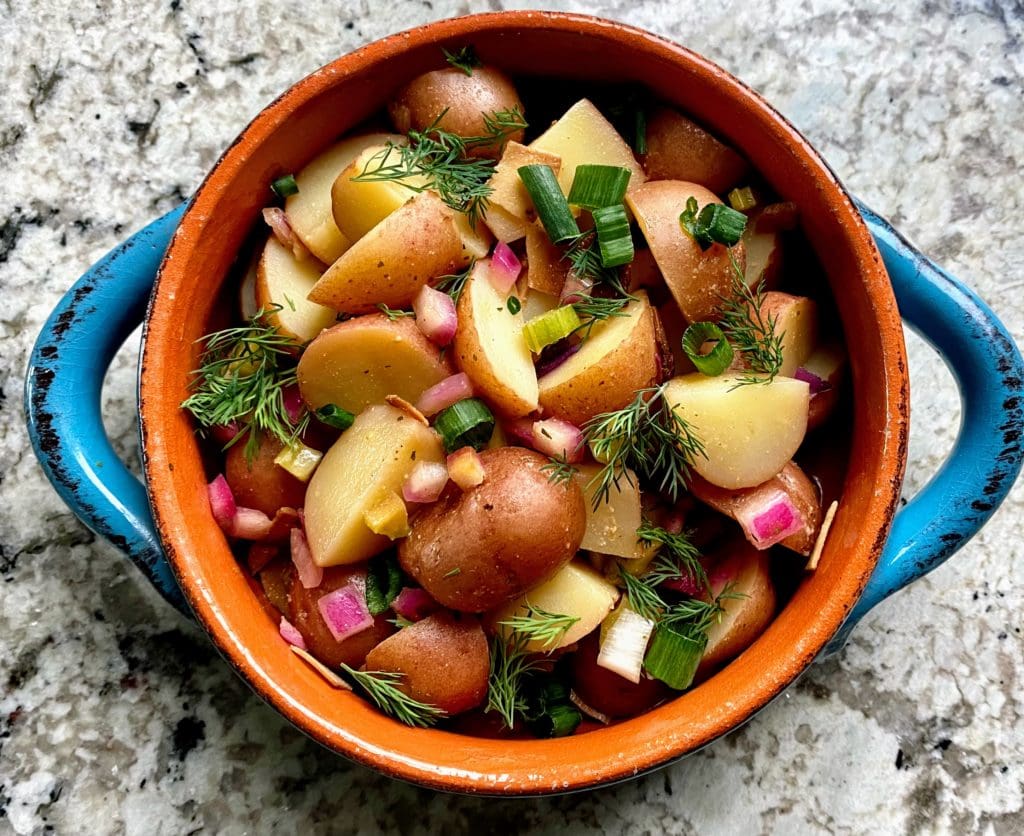 What is in the oil-free dressing?

What makes the German Potato Salad fabulous is the coconut bacon!

To give the salad an extra boost of flavor, I add coconut bacon. Although coconut bacon can be made beforehand, it can also be made on-demand. I buy unsweetened coconut flakes from the grocery store.

Instead of Vegan Coconut Bacon, add a teaspoon of liquid smoke to the dressing. 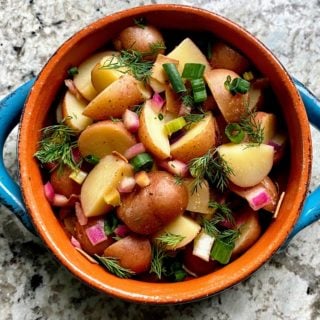