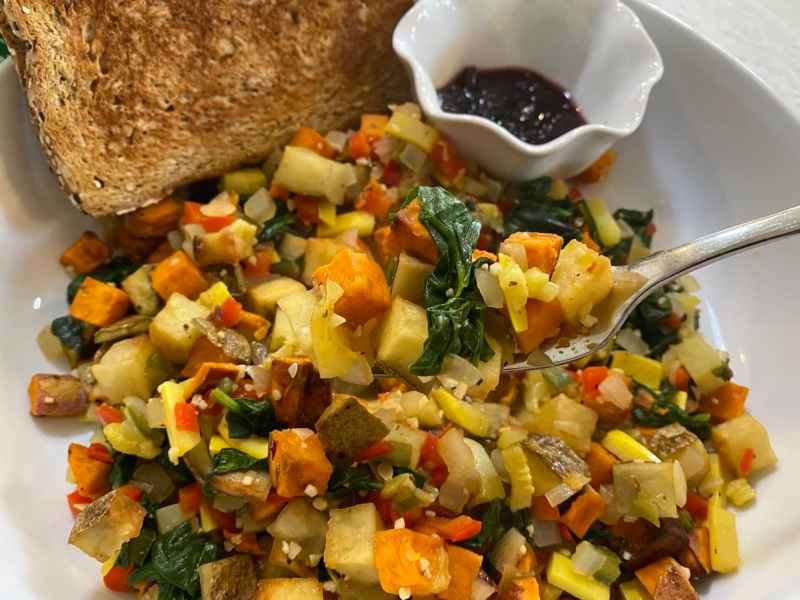 Vegan breakfast potatoes, although potato-based, are full of a variety of colorful vegetables and flavors. Instead of simply eating potatoes, why not start the day with the whole garden in a bowl? 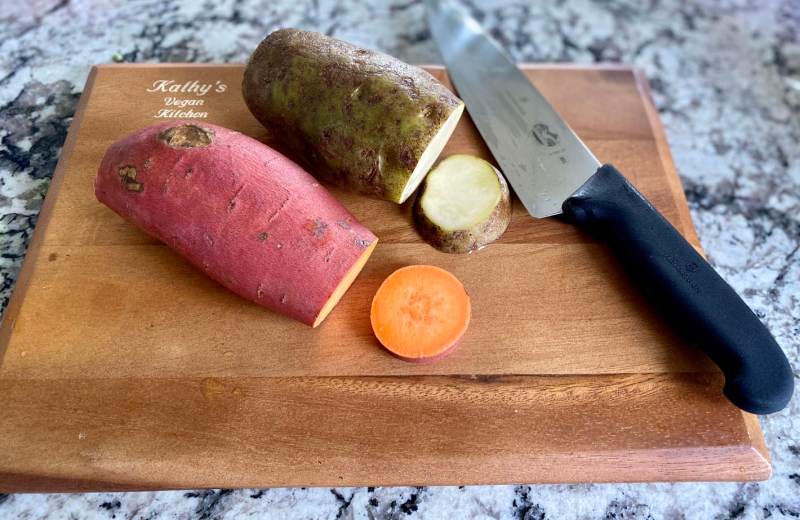 In order to get a sweet, yet savory flavor for my vegan breakfast potato recipe, I chose one large sweet potato and one large baking potato. Also, I leave the skin on both potatoes for the nutrients in the skin, since the skin has more than half of the nutrients and fiber in a potato. And, since I keep the skins on, that means you need to wash and scrub the potatoes well.

First, I cut each potato into one-inch pieces; then, using my vegetable chopper, on the large setting, I cut the potatoes into uniform bite-sized pieces. After cutting both potatoes, I rinse them again in a colander to make sure any extra debris is washed away. 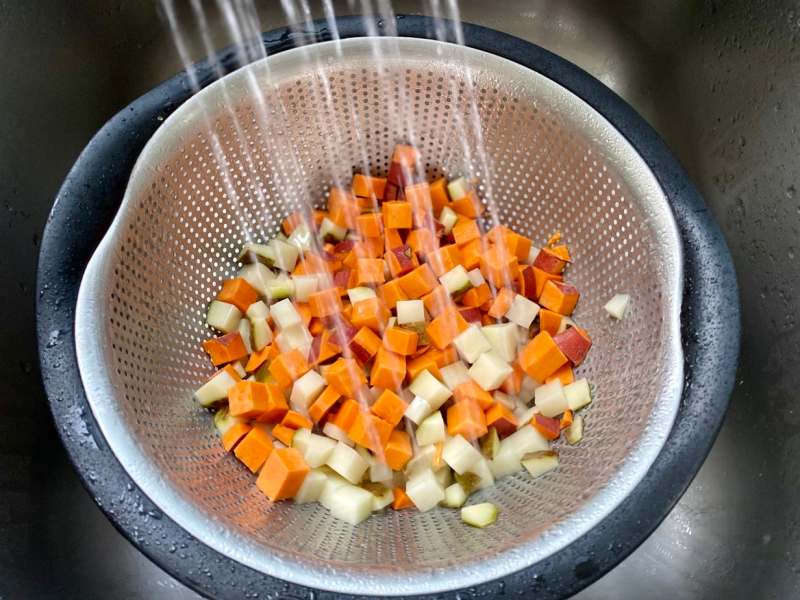 If you don’t have an air-frier, no worries; just bake them following the directions provided in the recipe below. Using an air-fryer is simple if you simply shake the potatoes around in the air-frier basket, a few times while they are cooking.

I also like to make sure I leave the potatoes wet from the last rinse in the colander, so the seasoning I chose sticks to the potatoes without using oil. Oil, though recommended in air-frying, isn’t really necessary. So, the less fat the better if you ask me.

The result is the same, oil or no oil, so you choose what you want to do based on your opinion on cooking with oil 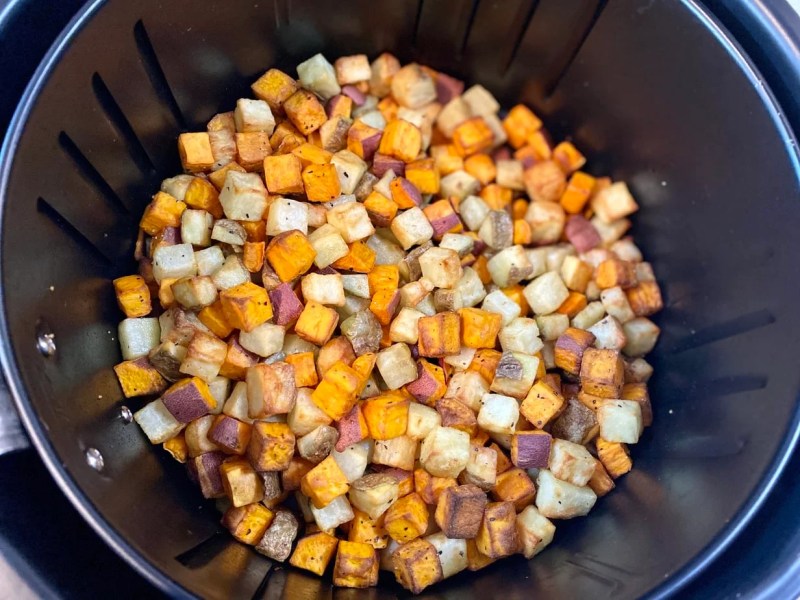 WHILE THE POTATOES COOK IN THE  AIR-FRIER, PREPARE YOUR OTHER VEGETABLES

My personal goal is to try to get as many veggies in a bowl as possible, for instance, to maximize my veggie intake. Not only is nutrition important, but I like to add the colors of the rainbow, so it looks just as pretty as it tastes.

With that being said, I chose a variety of fresh produce from my farmer’s market to add to my breakfast potatoes. Because different veggies saute at a different rate, and I don’t want them overcooked, I start with the veggies that need to cook longest. Then, I add the more dense veggies at the end to prevent sogginess. 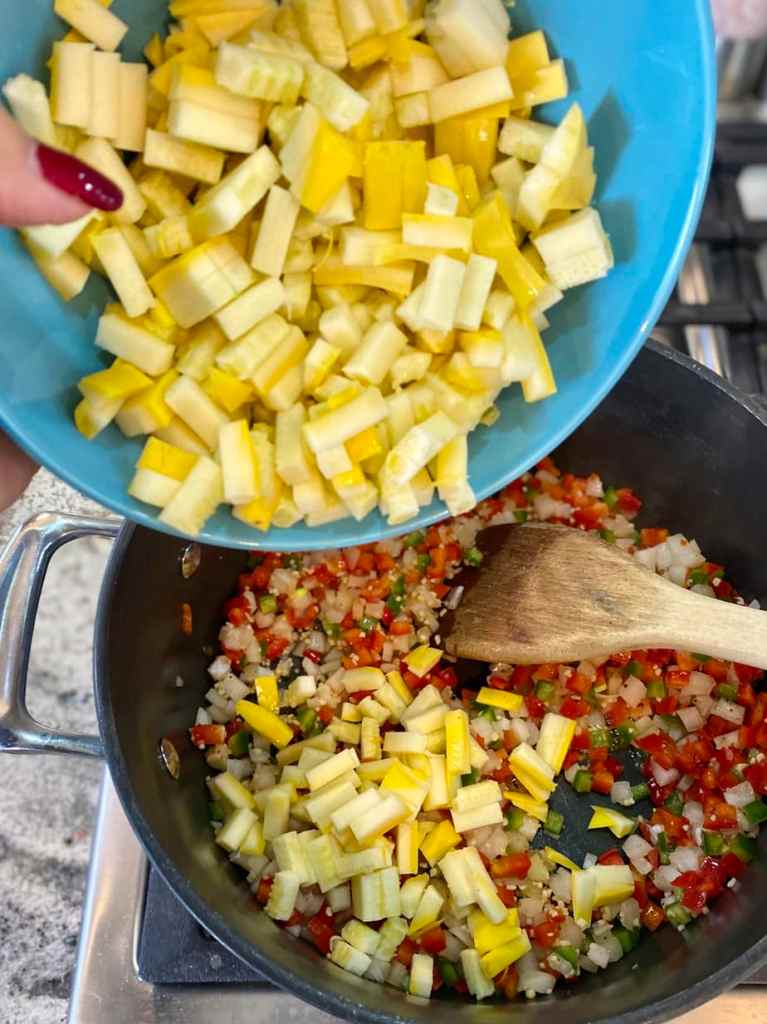 Spinach, for example, needs to be added last and wilted at the end of cooking. Because spinach is mostly water, it must be cooked down and the water absorbed before adding the potatoes. 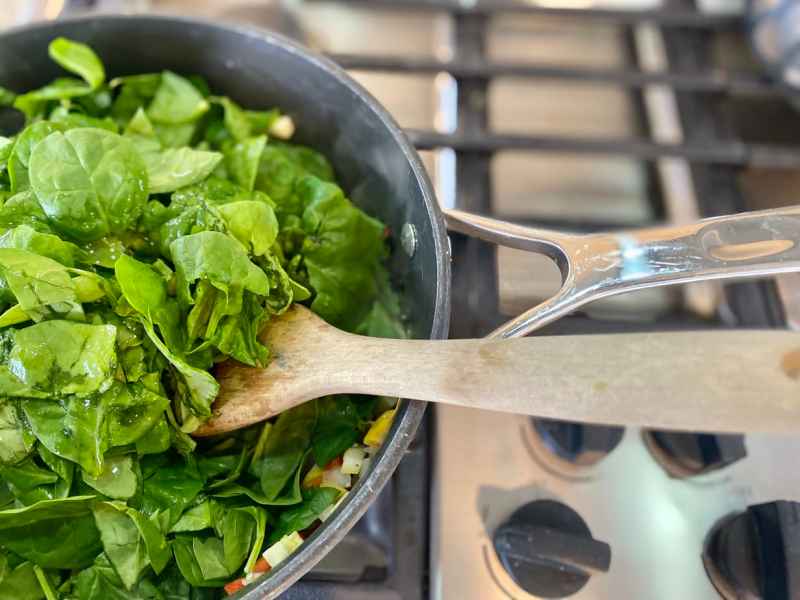 After the spinach is wilted, the crispy breakfast potatoes are added and gently tossed with the other veggies in the pan. Next, you simply spoon into a bowl and serve. 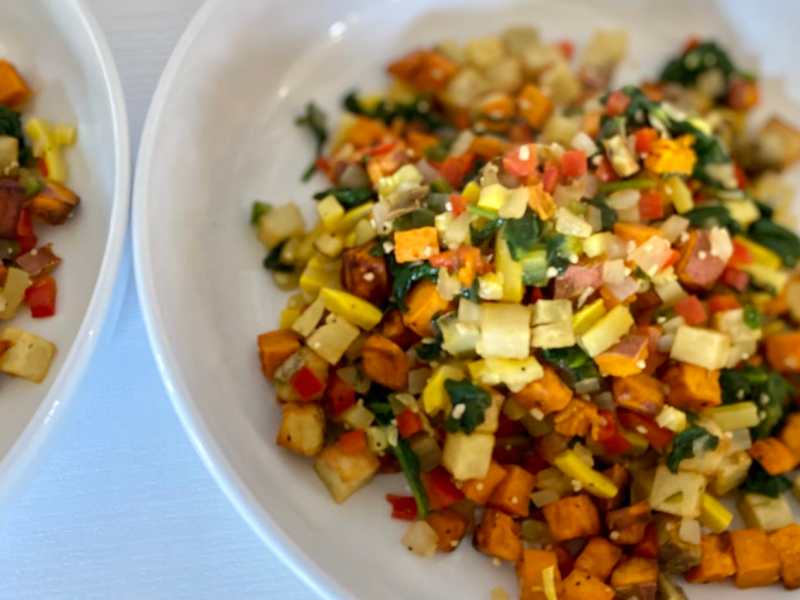 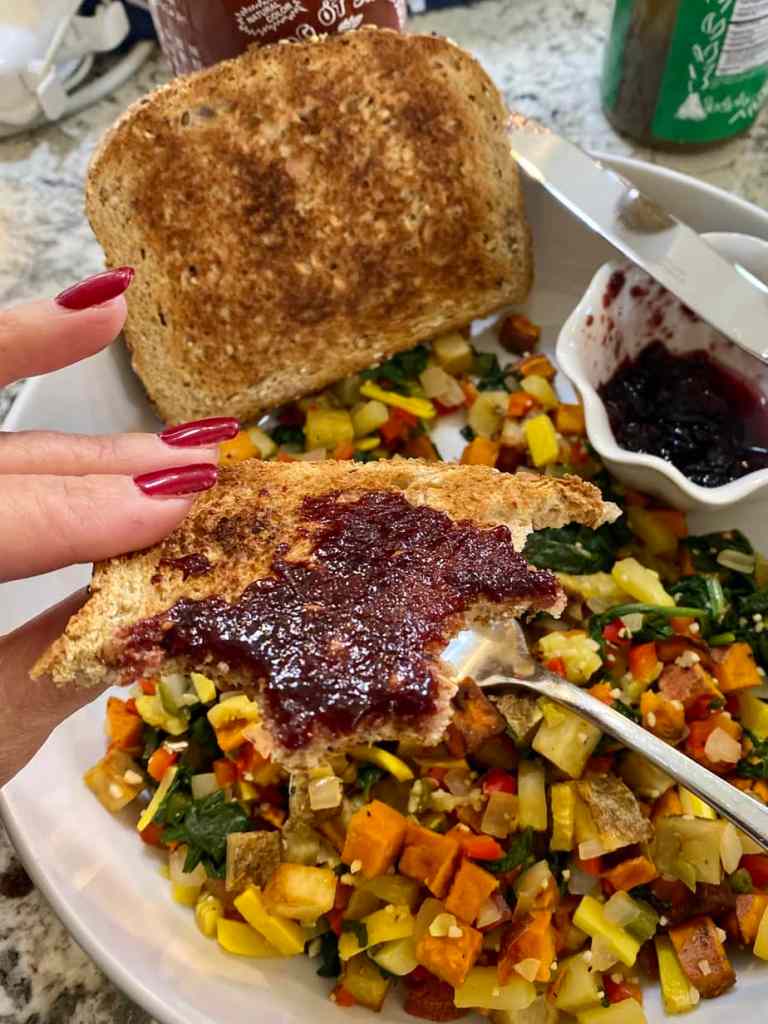 If you enjoy breakfast, as much as I do, feel free to explore these options the next time you are craving a savory breakfast. Breakfast doesn’t have to be boring with these vegan potatoes recipes!

While potatoes cook, prepare the other vegetables

Potatoes reheat well for up to one week. Prepare in individual containers and reheat when wanted.