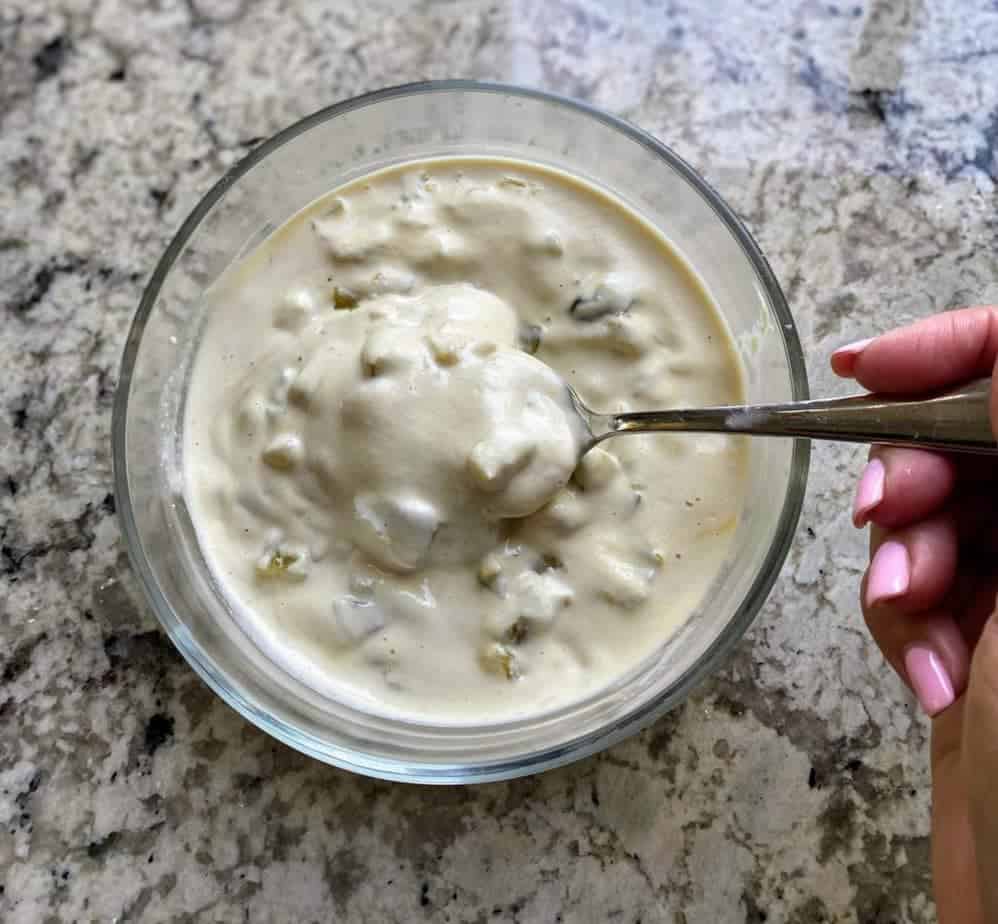 In my opinion, sauces and condiments complement the best recipes.  In fact, I love condiments, but most store-bought condiments are full of sugar and preservatives. So, most of the time, I can 'veganize' any condiment and keep it clean and healthy. For instance, vegan tartar sauce is made with clean whole foods. My vegan tartar sauce, for example, has very few ingredients yet tastes just like tartar sauce. So, the next time you want tartar sauce, make it yourself at home.

Even though I prefer using raw cashews for my Vegan Cashew Mayo, other options exist for nut allergies or people who prefer not to use nuts for other reasons.

For instance, silken tofu is often used as a base for vegan mayonnaise. Another possibility is store-bought mayonnaise, such as these popular brands:

TO EAT NUTS OR NOT TO EAT NUTS; THAT IS THE QUESTION

The debate about nuts in the plant-based world is intense, to say the very least. For example, one side debates the dangers of eating nuts, as they are too high in fat and cause obesity. On the other hand, the counter argues small amounts of nuts have health benefits and are necessary for healthy fats.

Obviously, for those with nut allergies, nuts pose a dangerous threat. But, do raw nuts really pose a danger to the average plant-based eater?

Honestly, I don’t think so. But, I also wouldn’t suggest someone sit down and eat a whole bag of nuts or eat a whole batch of cashew mayo. Dr. Furhman, for example, suggests 1-ounce a day.

In fact, a lot of research points to the benefits of raw cashews, for example, as providing:

When searching for a good vegan mayo, most people are looking for a sandwich spread or a dressing to add to a salad. Before becoming vegan, I was never a mayo fan.

In fact, I thought it tasted like sour milk. No one east real mayo with a spoon; at least, I don’t know anyone who does. Instead, mayo is used with other ingredients to make dressings or give a creamy texture to food.

For example, vegan cashew mayo does not “taste” like mayo, but it has the innate ability to provide the creaminess and a base for other dressings.

First, remember homemade dressings only last one week refrigerated. Unlike processed foods, you are not using preservatives. So, make sure the amount you make will be used in a 7-day span.

Then, consider all the recipes you can use your vegan cashew mayo for, such as Chickpea Tuna Salad, Skinny Cobb “Eggless” Tofu Salad, a dip for grilled artichokes (above), or vegan crab cakes.

HOW TO MAKE VEGAN CASHEW MAYO 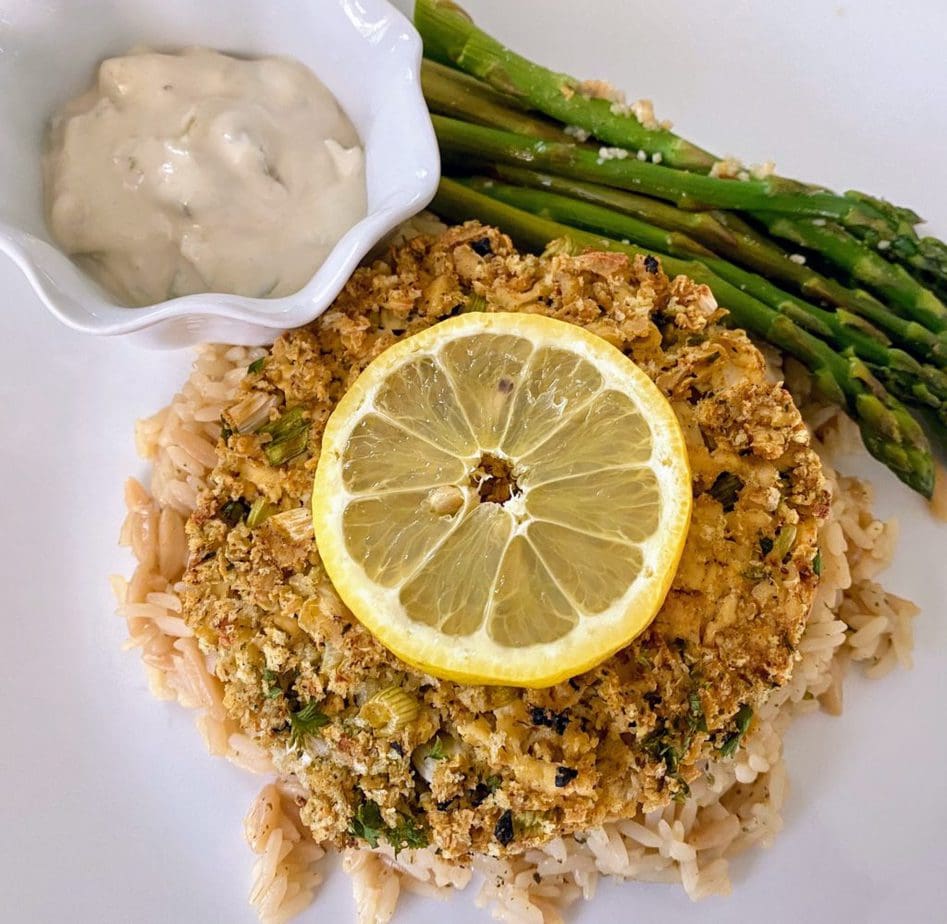 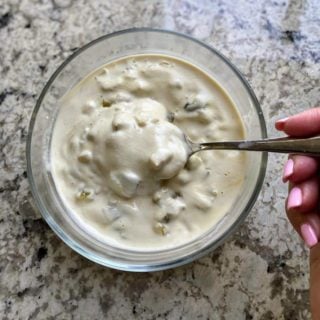