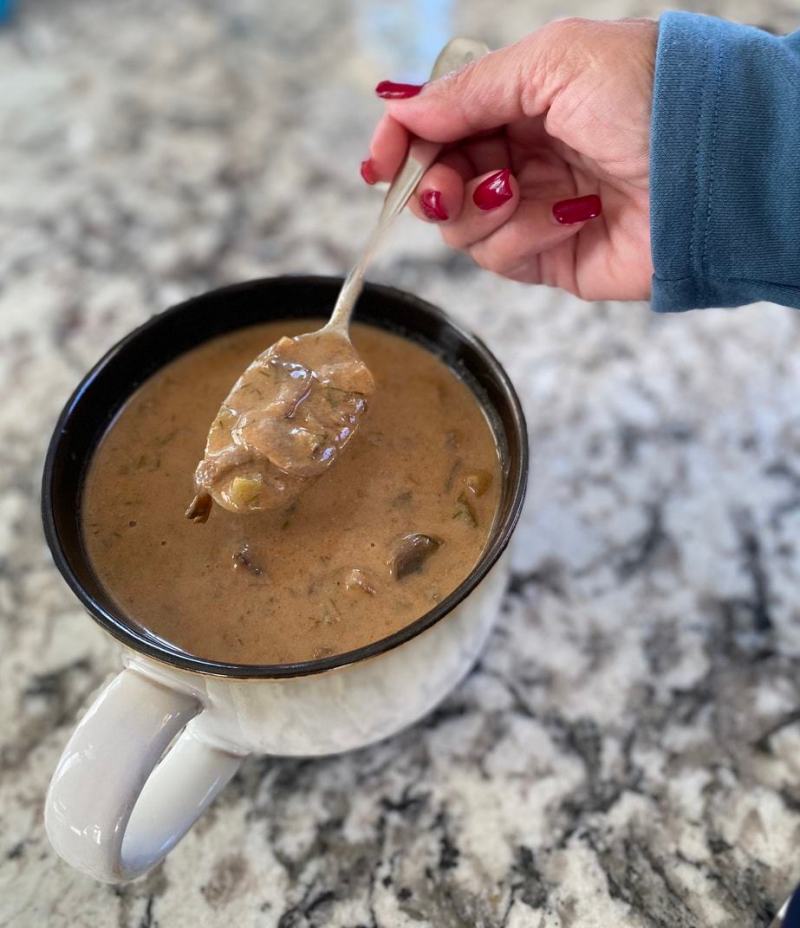 As I’ve said before, I absolutely LOVE soup, and I love mushrooms equally. When I lived in Michigan, we often ate at the Inn Season, a little vegan restaurant. Located in Royal Oak, Michigan, the Inn Season, opened its doors in 1981. And, I can attest to the phenomenal food that continues to create a line out the door each and every day. In fact, deciding what to order off their menu is a difficult task. Yet, no matter what entree tempted me, I always ordered the famous Hungarian Mushroom Soup Recipe.

Unfortunately, the Inn Season mushroom soup contains a lot of oil, I learned from an inside source.

When I moved to Arizona, I was blessed with vegan restaurants everywhere. Even though I have attempted to make several Hungarian Mushroom soup recipes, without oil, not one has the same intense savory flavors as my beloved Inn Season mushroom soup recipe.

The combination of smoked paprika, dill, and tamari (soy sauce), is the hidden secret to this savory soup. Zesty, and full of mushrooms and a variety of vegetables, this thick and rich Hungarian mushroom soup is simply to die for.

Another secret is to dice all the vegetables, very small, in order to get the texture and creaminess. In order to cut all my vegetables into uniform size, I used my Fullstar Vegetable Chopper, my favorite time-saving kitchen gadget. 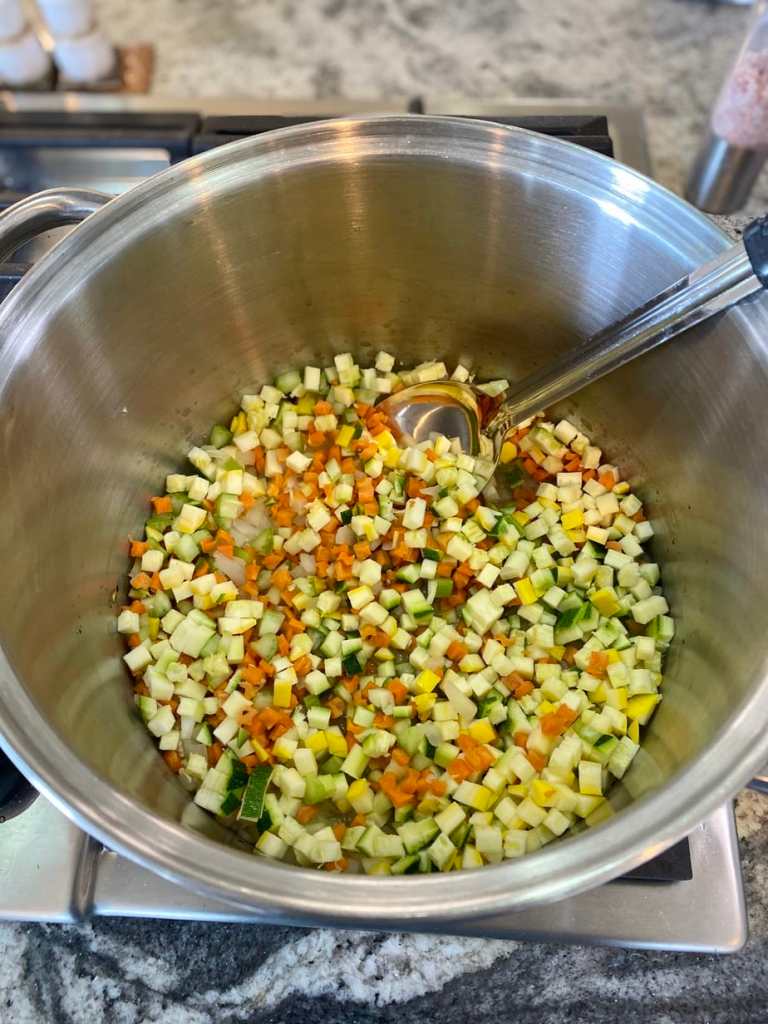 Although most Hungarian mushroom soup recipes contain sour cream, cream, or some form of dairy, I replaced the dairy with almond milk and cashews. The roux, which is typically made with a combination of oil and butter, is created using gluten-free (or whole-grain flour). Most roux, for instance, is made separately and combined later.  Instead, I used one pan and developed a thickening roux using only flour and vegetable broth.

WHAT KIND OF MUSHROOMS ARE BEST FOR HUNGARIAN MUSHROOM SOUP?

I chose white button mushrooms, not only because of availability but also because of how they cook into the soup. Unlike my Vegan Clam Chowder Oh My! recipe, the mushrooms cook in the soup, rather than separately. 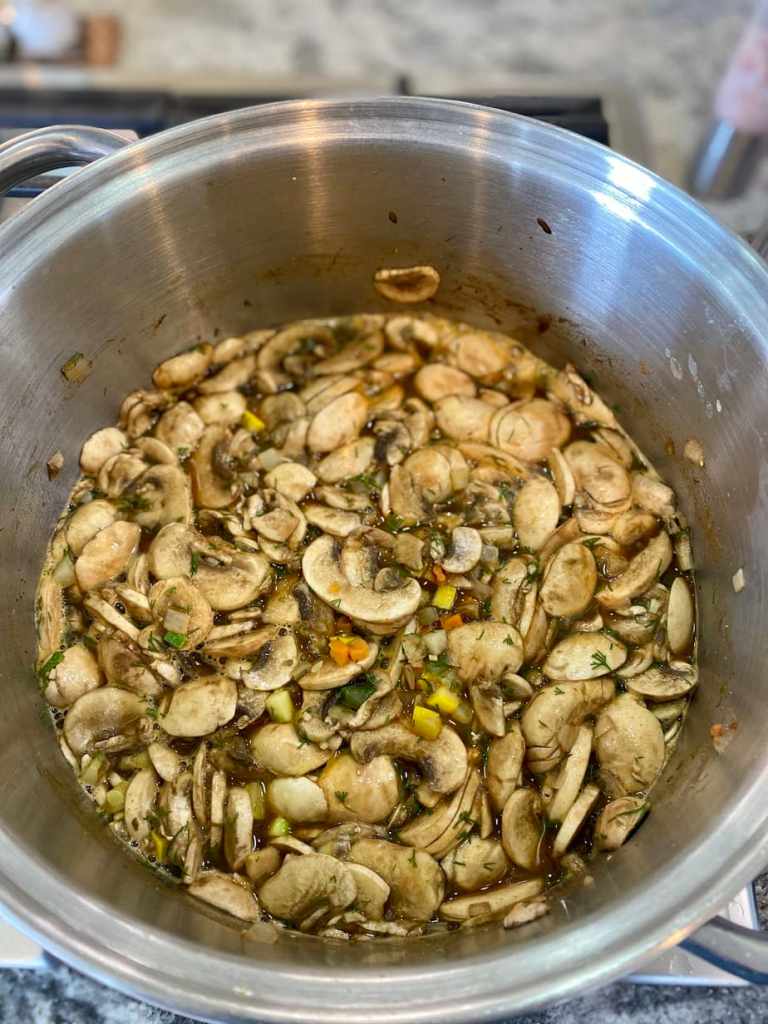 Then, it is simply about the combination of spices and herbs and allowing the soup to simmer on the stove while you make the cashew milk to add a creamy texture to the Hungarian mushroom soup. Fresh dill, for example, is a MUST! Not only is a 1/2 cup fresh dill the correct amount, but the mushroom soup recipe also isn’t complete without it.

SMOKED PAPRIKA VS. REGULAR PAPRIKA IS A GAME-CHANGER

Furthermore, smoked paprika is another MUST! The difference is simple, yet it makes all the difference in the flavor in the Hungarian mushroom soup. Smoked paprika uses chilis that are smoke-dried and then crushed, whereas regular paprika is just crushed dried chilies without the smokiness. They are typically smoked with oak which leads to a strong outdoorsy flavor.

The first time I tried this mushroom soup recipe, I didn’t have smoked paprika. So, I used liquid smoke, and it didn’t even come close. With that being said, smoked paprika is strongly recommended for the mushroom soup to turn out the way it should.

I usually meal prep on Sundays, but this week I prepped on Saturday for the week. I chop all the veggies I plan to use during the week and put them into airtight containers for the week. For this Hungarian mushroom soup recipe, for example, I chopped the onion and garlic and put it into one container, and then I chopped the other veggies that cook together, measured out in another container. Then, I sliced the mushrooms thin and placed them in a different container.

Now, all I have to do is the cooking part, which is easy. Since I love to cook, and don’t really like the cutting, if I cut everything up in advance, I enjoy cooking much more.

If you plan your main meals ahead, not only do you save money shopping, but you also can do all the chopping at once. This week, for example, I panned to make recipes that included yellow and green zucchini, onions, and garlic, so I chopped once.

We not only were able to eat this mushroom soup for dinner, but I was also able to make three more lunches, packed and ready to go for the week. 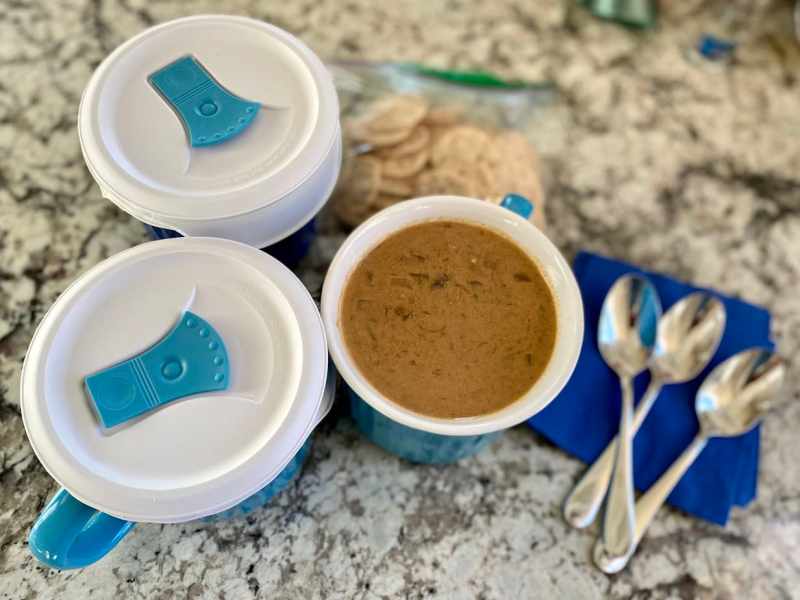 Just remember, cooking and planning ahead can save you a ton of time, and reduce your kitchen stress. I served this soup for dinner with a simple dinner salad and rice crackers. But, this Hungarian mushroom soup recipe is fabulous with some warm bread for dipping, or serve as a cup of soup for a side dish. No matter how you serve it, you won’t be disappointed. 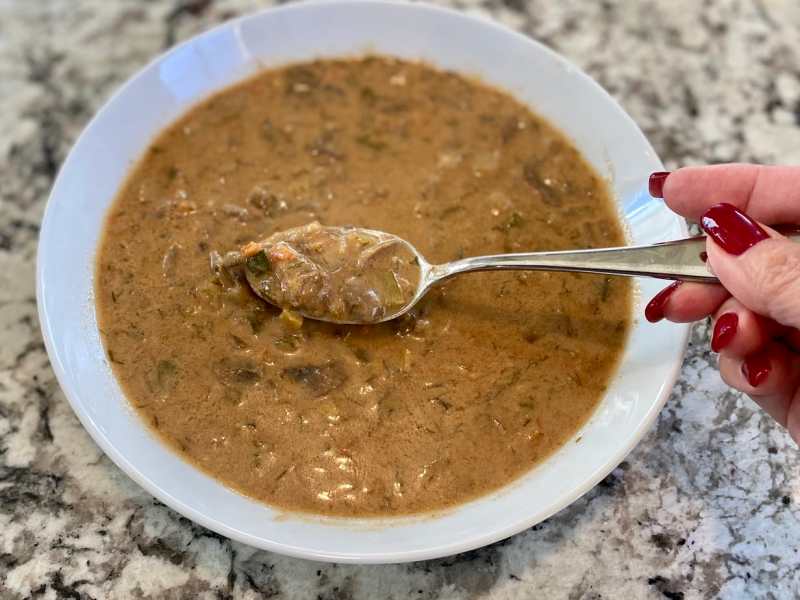 Savory and rich Hungarian Mushroom Soup with thick and creamy and full of vegetables. Its the perfect bowl of savory goodness to warm you this season and all year round.