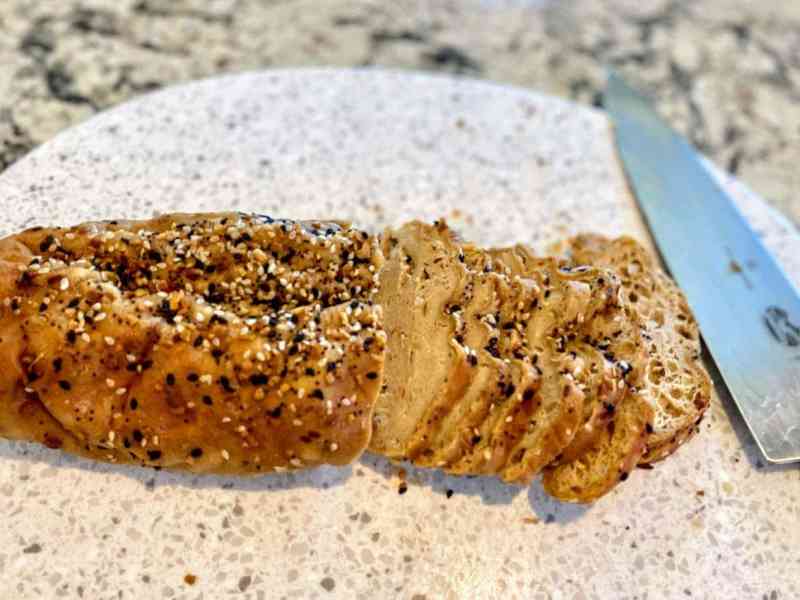 Recently my husband asked if I would make  Oil-Free Mega Seitan again. Even though I enjoy making a variety of recipes with my Seitan recipe, I decided to try something different. Instead, I combined tofu and vital wheat gluten to make a vegan turkey breast. Since I prefer tofu and I was looking for a quick and easy way to make a vegan turkey, I tried to master a simple recipe with just a few ingredients.

WHAT IS VITAL WHEAT GLUTEN?

Wheat gluten is a food made from gluten, the main protein of wheat. Washing wheat flour dough with water until all the starch granules are removed, creates the wheat gluten.

When purchased, wheat-gluten looks like a type of flour in a bag. For example, I buy my vital wheat gluten on Amazon, but it is available in many grocery stores around the country. Some popular brands, for instance, are:

Because vital wheat gluten is almost pure gluten, a little goes a long way to improving the elasticity and rise of the raw dough and the crumb and chewiness in the final loaves.

WHY MAKE AND EAT ‘FAKE’ MEAT LIKE VEGAN TURKEY? 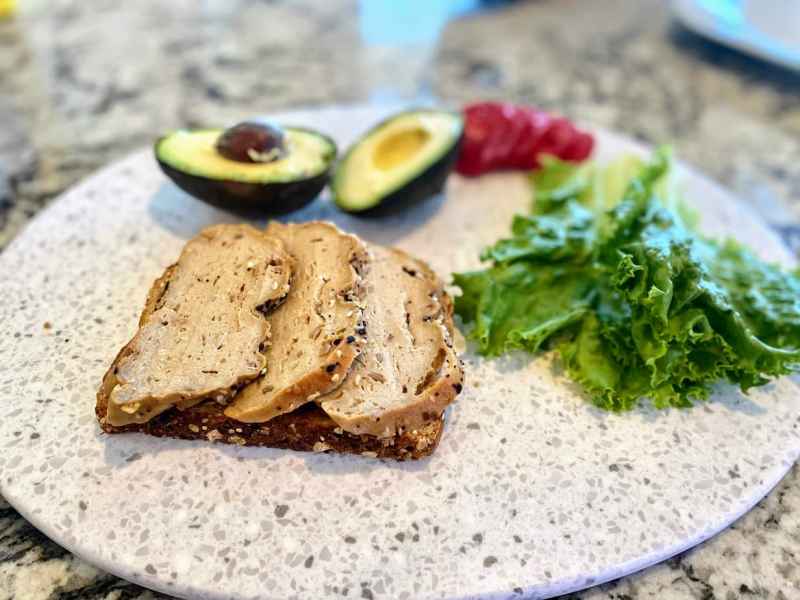 Although I don’t crave meat, as a vegan, I do know a lot of people who miss the salt brine taste and texture of meat, rather than the meat itself. My husband, for example, is one such person.

From time to time, he wants a Beyond burger, or a Field Roast Sausage. Even though I don’t share in that craving, I do like a slice of Follow Your Heart cheese from time to time.

So, in an attempt to avoid buying ‘fake’ meat, I can make my own healthier version at home.

MAKING VEGAN TURKEY IS NOT ONLY EASY, BUT IT ALSO REQUIRES VERY FEW INGREDIENTS

Making a vegan turkey, however, is easier than you think. All it takes is a few ingredients and a food processor. 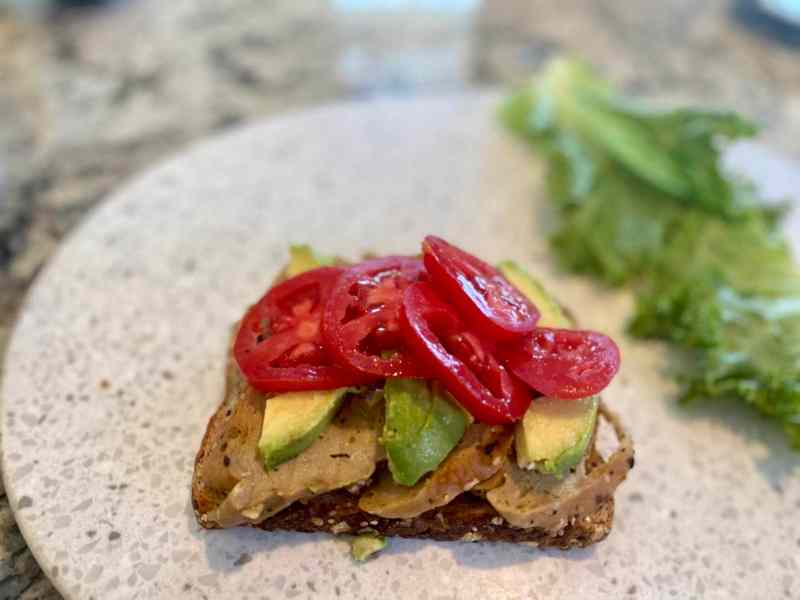 HOW TO MAKE THE VEGAN TURKEY RECIPE DOUGH 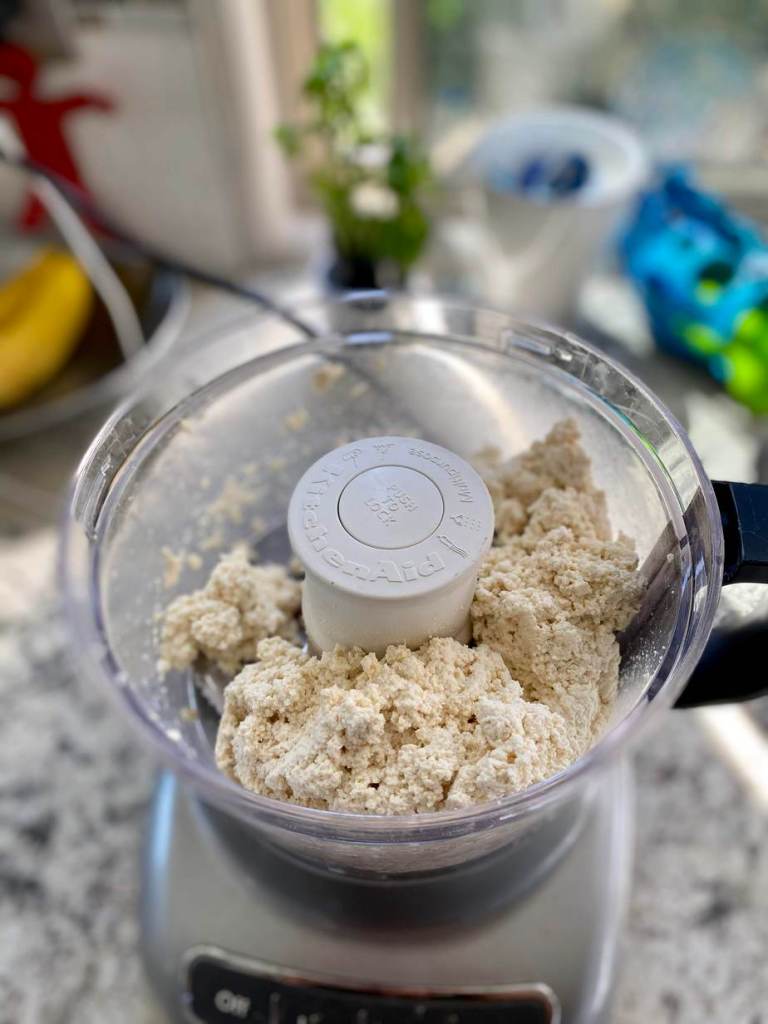 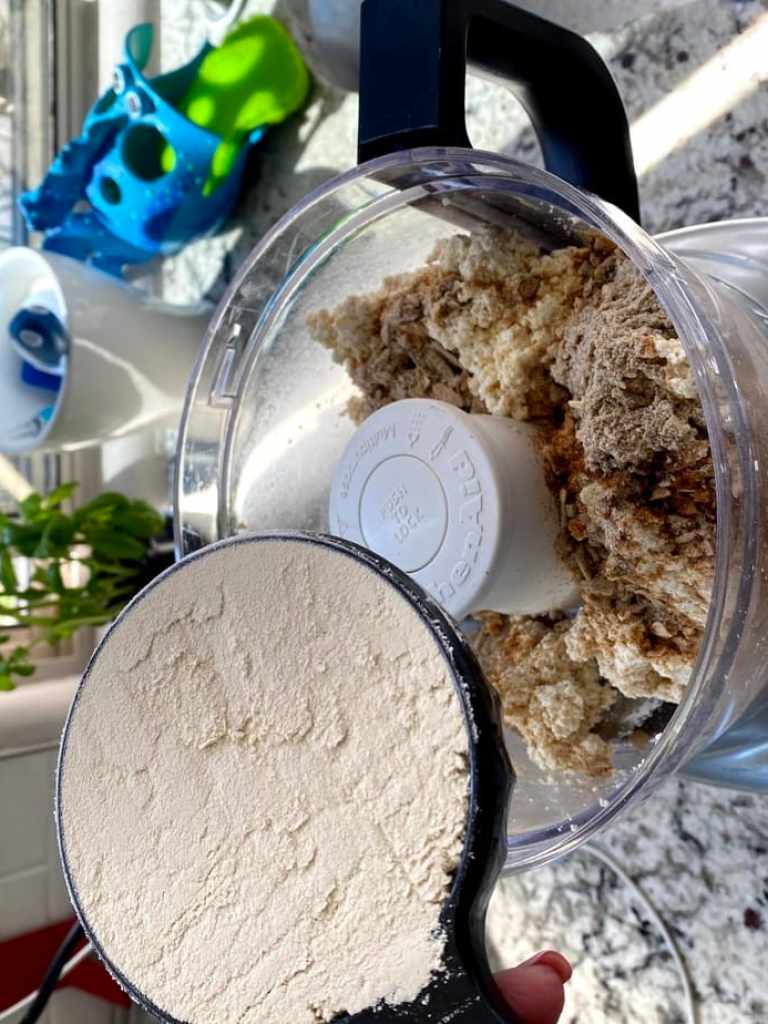 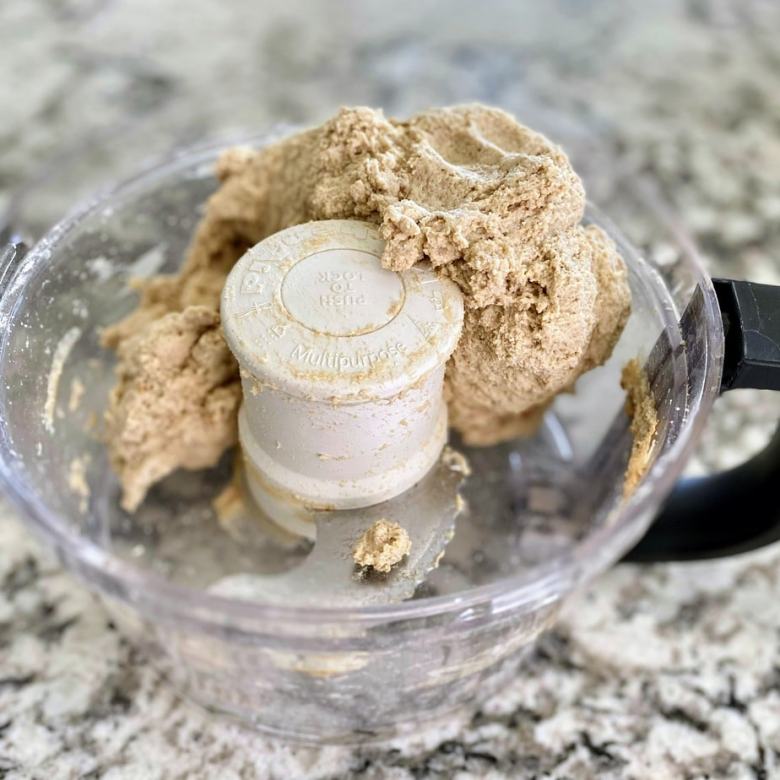 Now it’s time to make the loaf, season it, and cook it, not once, but twice. In order to make sure the vegan turkey dough is completely blended, knead the dough on a flat, clean surface with your hands, forming a loaf. 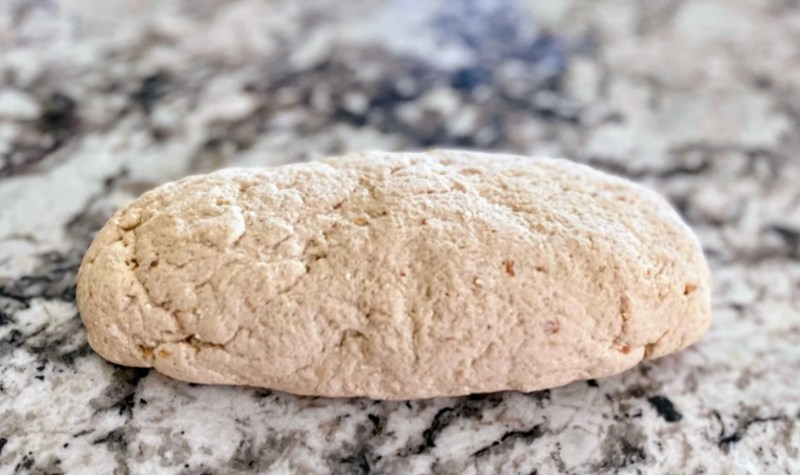 Once the vegan turkey loaf is formed into a loaf, roll in your favorite seasoning. For example, I chose to roll my vegan turkey in Everything Seasoning from Trader Joes, because I LOVE it! But feel free to choose your own seasoning or none if you are avoiding salt. 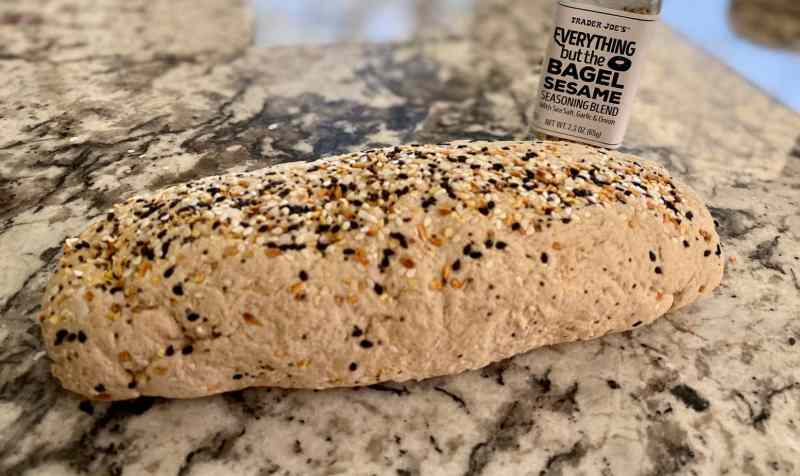 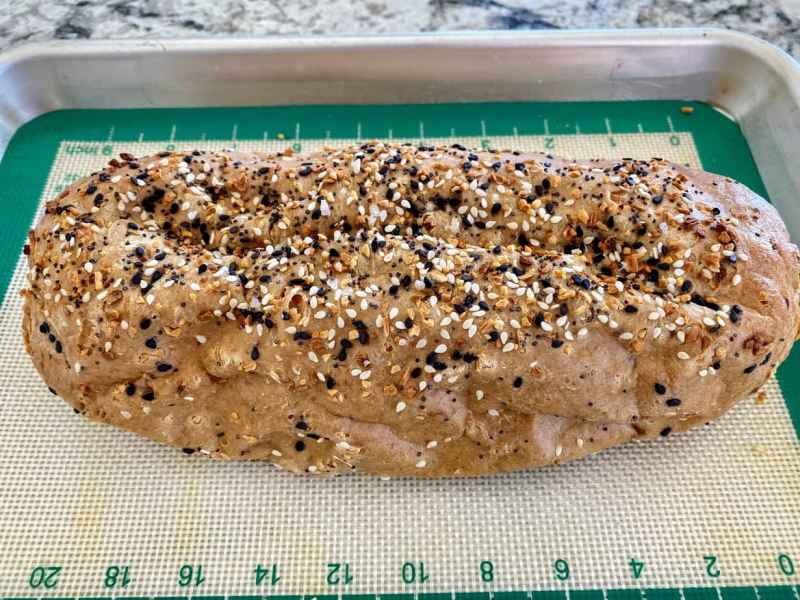 The next step, although difficult, is important! Instead of slicing and eating, wrap the loaf again in aluminum foil and place it in the refrigerator overnight. However tempted you may be, wait until the next day. Then, after it has rested for the right amount of time, slice the vegan turkey. 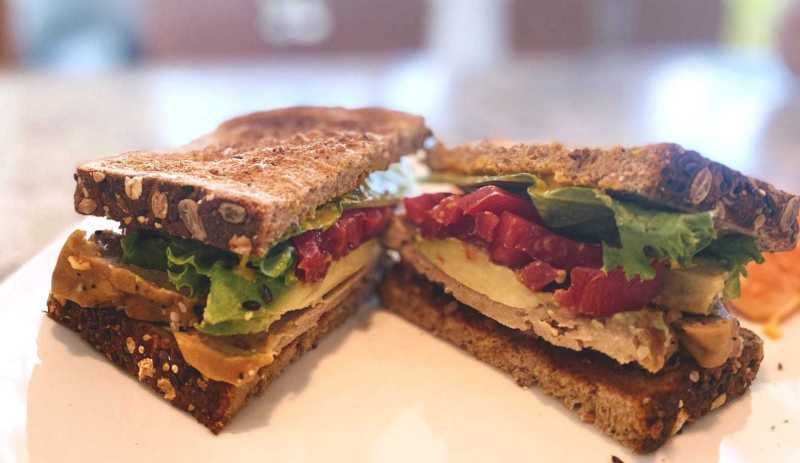 And, then make a turkey sandwich!

IF YOU HAVE A ‘SANDWICH’ GUY LIKE I DO, OR YOU LOVE SANDWICHES YOURSELF, CHECK OUT THESE AWESOME SANDWICH RECIPES

With very few ingredients, you can make your own healthy vegan meat at home. Vegan turkey is perfect for a sandwich hot or cold or served as an entree with mashed potatoes and gravy.